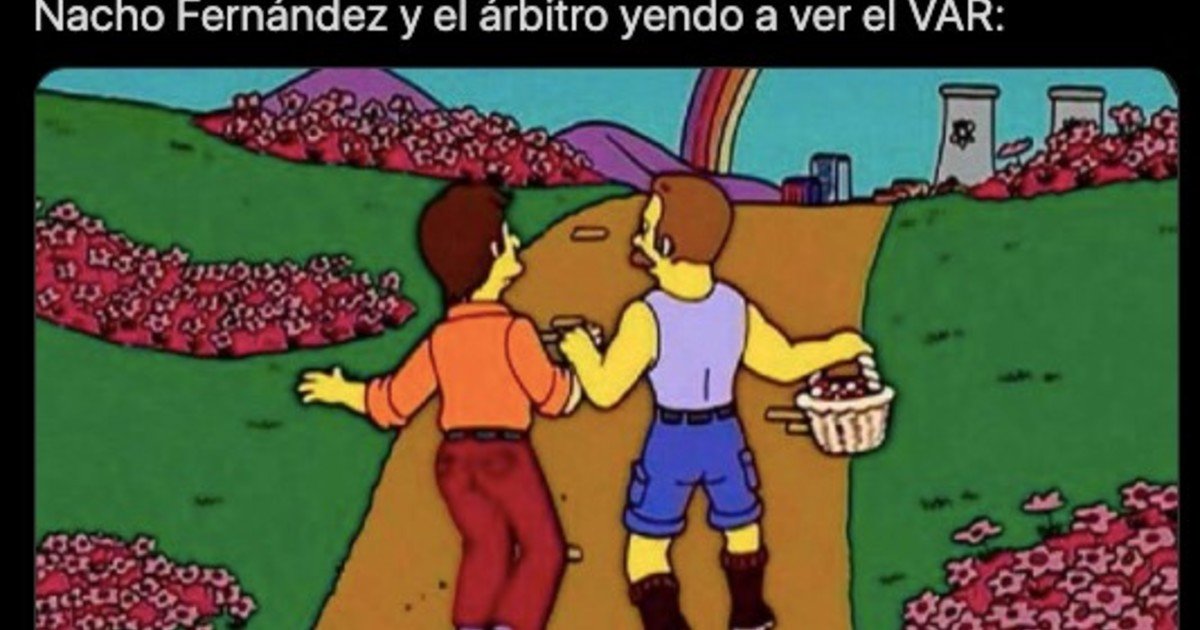 Tremendous controversy in La Bombonera. In the first leg of the round of 16 of the Conmebol Libertadores between Boca and Atlético Mineiro, Pulpo González scored 1-0 for Xeneize in the first half. However, after a few minutes of uncertainty, the referee Andrés José Rojas Noguera, at the request of the VAR, annulled the goal.

The play can be decisive in the remainder of the series, since it was 1-0 in a game that, finally, ended in a goalless draw. And everything is defined next week in Brazil … Therefore, the fever reactions from Xeneize.

There was not only anger from Boca’s players and coaching staff after this situation. After this action, social networks were filled with messages and comments regarding this play. Even some famous Boca fans like Diego Schwartzman expressed themselves on Twitter, Instagram and the rest of the digital platforms. Look at some of the messages highlighted in this note.

One of the protagonists in the messages written by fans and partisan accounts of Boca was Nacho Fernandez. The midfielder with a past in River, knowing that in the play Mineiro had a reason to claim, He approached the judge and pressed for him to go review the play that had ended in a goal from Pulpo González.

Do you know what annoys me the most? That the squad lacks balls to get Nacho Fernández’s donkey out. How can that idiot be standing next to the referee indicating things to him while watching the VAR? There has been no reference in Boca for a long time.

Every time they repeat the disallowed goal of # Gonzalez, The error of the referee Andrés Rojas and the VAR, Derlis López, is bigger. Un Afano!

Nacho Fernández putting pressure after the goal that was finally disallowed.

The VAR in Boca / Mineiro is managed by the Paraguayan referee Derlis López López, who in the Copa América was in the middle of the controversy for an uncollected penalty for Peru against Brazil.

THE PLAY OF THE DISPUTE:

ANGER FROM THE MOUTH:

Cristian Pavón: “The truth is that it is a pity that he did not collect that goal because there was no foul. That also played against us because we wanted to win it. These mistakes cannot be made.”