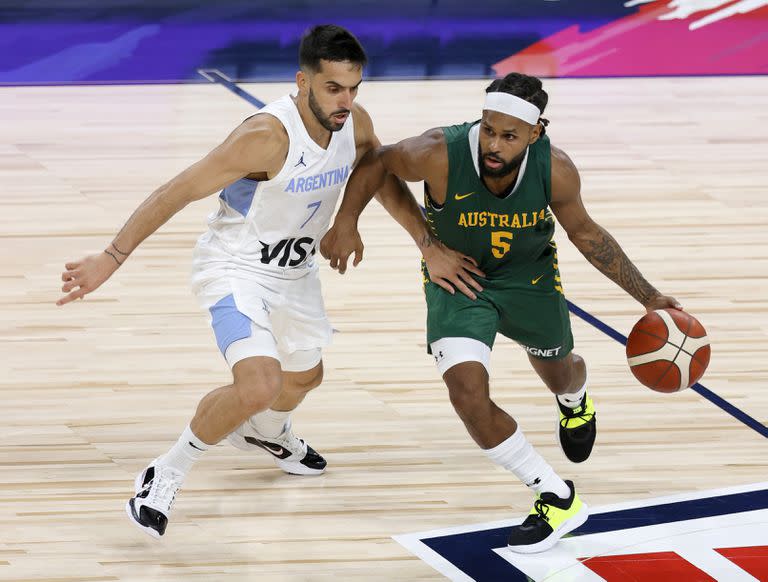 TOKYO.– Received the help of the results of other groups and thanks to a rival who was at a very low level, but the goal of reaching the quarterfinals is met: again in the top eight at the Olympics, for the fifth time in a row. It is true that the Argentine basketball team It brings doubts and at times he cannot find the line of play, but he keeps going: beat Japan 97-77 and it stays alive in Tokyo 2020. Now, the next step, through the quarterfinals, will be next Tuesday at 9 in the morning, Argentina time, against Australia, one of the best teams in the tournament, which took first place in Group B.

The victory is a breath of fresh air for a team that was not having a good time in the Olympic tournament, and that had vowed to improve urgently to be true to its customary spirit at the Games. The healthiest postcard: the smile of Luis Scola, Facundo Campazzo, Nicolas Laprovittola and the rest of the group. They allow themselves to dream again.

Friendly before the Olympics

After the defeats against Slovenia and Spain, Argentina was forced to beat Japan, a task that was not going to be so easy due to the bad vibes that the team brought with it. In recent times, the locals took a quality leap under the leadership of the Argentine Julius lamas and among them there are two very decisive NBA players, Rui hachimura (2.03 meters), by Washington Wizards, and Yuta watanabe (2.06), of the Memphis Grizzlies. Regardless of names or data, the most important thing for the team was to focus on winning the game, without stopping in the immediate antecedents or projecting much further.

Japan is the only team in the tournament in which Argentina does not suffer from a size disadvantage. He had everything to impose his game of movement of the ball, with the aim of scoring near the rim. To avoid that, Lamas proposed a zonal defense. Argentina accepted the challenge in the first half of the quarter and took – and hit – four three-point shots. Thus, he became the owner of the game. The weird thing is that his defense, in those first five minutes, allowed a lot of easy points. In development, Japan began to fail. And with the dominance of the rebound in the rim itself, the winner was able to run and quickly get the ball to Marcos Delía on the post for easy scoring.

Gabriel Deck and Delía himself alternated defending against Hachimura and managed to keep him at bay in the first half. But the lack of precision in the attack was worrying; the situation lent itself to a much wider advantage. They wasted easy shots Laprovittola, Luca vildoza and even Scola. Obviously, the team was not feeling comfortable and it showed in the lack of confidence and the fine tuning to find the hoop.

Between the limitations of Japan and the bad Argentine moment, in the initial half the match did not correspond to the hierarchy of the tournament. He had everything at his disposal to take advantage of, but the group led by Sergio Hernandez did not take advantage. Japan returned to the individual brand and the light blue and white confusion itself made things easier for them. For one thing, it allowed one-on-zero plays. On the other hand, he did not manage to link two or three attacks with annotations that would allow breaking the score.

Argentina knew themselves superior and played with the certainty that they would win, but they took on their lack of clarity and missed opportunities. Reaching a close finish was very dangerous in the mood conditions in which the team was. The partial 46-38 after the second quarter appeared meager in difference and did not give good signs.

Sergio Hernández was not entirely satisfied with the production of his directed against Japan. (Eric Gay /)

It was very difficult for him to establish a line of play for Argentina. His shots did not enter and he quickly lost his patience on offense, abusing the three-point shot as never before. At some point, the scorecard indicated just 9 hits out of 29 shots. If he didn’t focus on defense to avoid quick attacks and 3-pointers, things could get complicated. He won the third quarter, but more because of how much Japan missed than because he was playing well.

Finally, in the last quarter, Argentina did play very well. With Campazzo totally in control and in tag game with Scola. Reading change situations to take advantage of pairings. He completed the systems and found ease in execution. Even when it lost a couple of balls and Japan scored a couple of triples, the sky blue and white team was already seen with another poise. In this way, he fulfilled the unpostponable commitment to beat Japan and advance to the quarterfinals of the Olympic Games. One more time.

Spain fell 95-87 to Slovenia, therefore he stayed with the second place of the group and agreed to the quarterfinals where he will face the United States. Spain was able to reduce the impact of Luka doncic, who was charged with three fouls quickly, but was close to a triple-double (12 points, 14 rebounds and 9 assists) essential to keep his team in the game.

In Slovenia, Vlatko Cancar was important with 22 points, also the contribution of Klemen Prepelic (15) contributed to the success and the nationalized American Mike Tobey, with 16 points and 13 rebounds was essential to stop the world champion team.

Spain, although it had a good collective performance, could not with Slovency and did not reach it with the productions of Ricky Rubio (18 points), Rudy Fernández (12), Sergio Llull (12) and Alberto Abalde (14).

How will the quarter-final crosses

FIBA held this Sunday the draw for the quarterfinals, which will be played on Tuesday 3 in Japan, between 10 pm on Monday 2 in Argentina and 9 am on Tuesday. The crosses were defined in this way: France vs. Italy, Australia vs. Argentina, Slovenia vs. Germany and the United States vs. Spain.

This will be the second time that Argentina faces Australia in an Olympic Game. The antecedent is from Beijing 2008, with the success of the national team by 85-68. Australia was a semi-finalist in 3 of the last 6 Olympic Games and had 8 chances to get a medal, but could not achieve it.