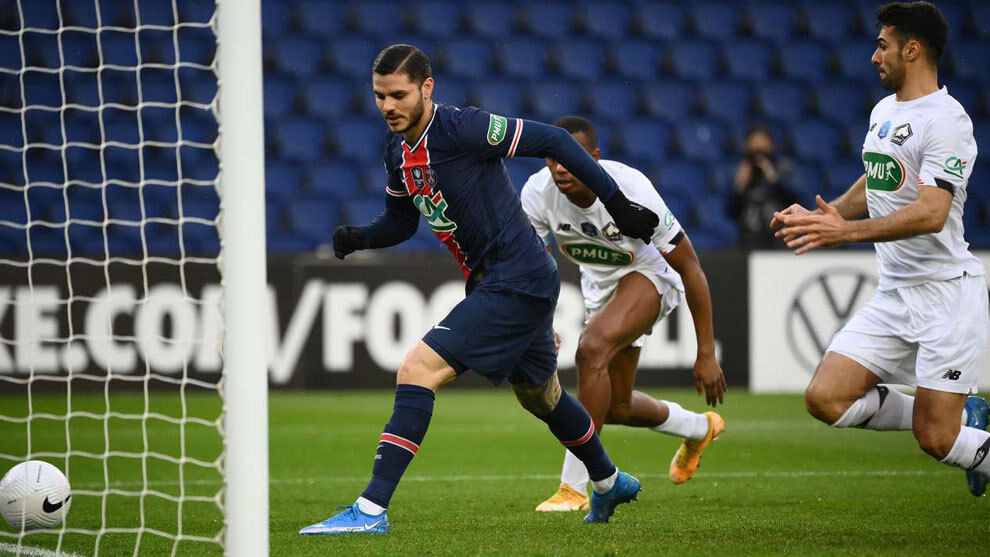 Minute 41. He looked for the goal in Lille in a dangerous counterattack started by Bamba and ended by Burak, whose shot was safely stopped by Keylor Navas.

Minute 30. First yellow of the match for Thilo Kehrer after a hard tackle on Bamba.

Minute 28. The Lille goalkeeper saves the first of PSG with a great stretch after Draxler’s distant shot.

Minute 5. Great chance to score from Burak Yilmaz’s free kick. He landed a good shot that came close to the post after Keylor Navas deflected.

PSG plays its 14 Trophe of Champions, Lille the second.

Jos FonteAt 37 years and seven months, he is the oldest outfield player to participate in a Trophe de Cahmpions, beating Claude Makelele (37 years and five months).

Acharf Hakimi He is the third Moroccan player to play official matches for PSG after Talal El-Karkpuri and Yacine Qasmi.

Minute 1. The match started in Tel-Aviv. At stake the title of the Super Cup in France.

Pochettino presents an eleven of circumstances with the presence of Achraf right side and Ander Herrera leading the center of the field.

We already know the eleven of Lille with the presence in attack of the Turk Burak yilmaz, author of 16 goals last season in Ligue 1.

The bulldogs They have not signed, they have lost Soumar and Maignan … but they keep the champion block. However, they have been beheaded. They have lost the presidentGrard lpez), the sports director (Luis Campos), and the coach (Christophe galtier) that led them to glory. New technician Jocelyn Gourvennec is going for it.

Among so many casualties, there is good news for Pochettino: Achraf hakimi. The Argentine praised the signing of the ex-Madridista, who arrived this summer from Inter for 60 million: “He gives us many options, especially in attack. He has enormous physical and technical potential. He had COVID-19 when he arrived, but he has adapted very well. “.