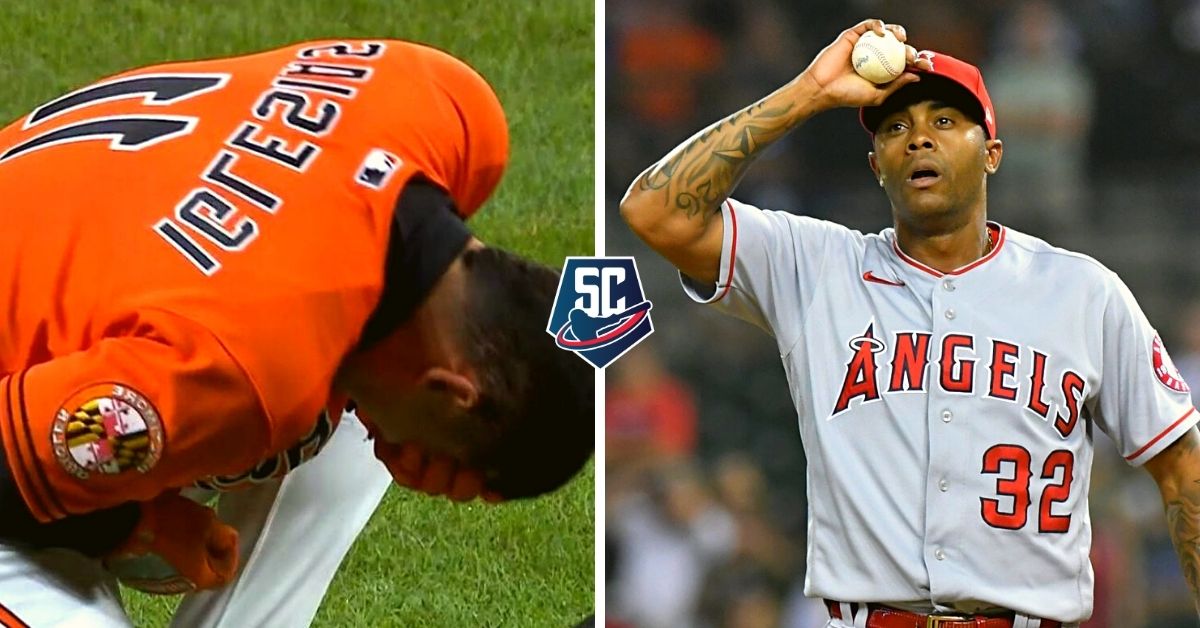 There are many ways in which a baseball player can feel rewarded for his work on or off the ball field.

At first reflection we can analyze that the greatest prize would be monetary compensation, but the truth is that human recognition can even fill the athlete and people in general with greater satisfaction.

In particular, we lived an exemplary experience in the night space on Full Swing Showwhen the Cuban star in the major leagues and official closer of the Angels, Raisel Iglesias spoke in a positive and humorous way about his former teammate and friend, José “Candelita” Iglesias.

You may also like: Gurriel SPOKE about scouts from the Cuba team: «They called me from there, you finished!»

in the big leagues Jose Iglesias He is mostly recognized for being a player with exceptional defensive skills, boasting a phenomenal fielding average of .982 as a shortstop, but his work with the wood does not go unnoticed, as he is considered a very timely player, as we Cubans say: “give the stick at the right time”.

For life in the big leagues, he hits an average of .277 in 3,331 at-bats, has hit 44 home runs, driven in 319 runs and stepped on the plate 390 times. These numbers do not really reflect the value of “Candelita” framing it in the field of “clutch hitter” or as it is also known: “timely hitter”.

«José Iglesias is among The 20 most clutch players of 2020. On our list “Tealight” is number 3»mentioned De Malas in space and Raisel replied:

«That “little bastard” is a tremendous bat, when he has men in scoring position if you make a mistake with a pitch he gives you a line between two or takes it away from you. He hits his little home runs that hit the fence, but he fucks up your ball games.”

«He is very timely, he is a very tactful player. He can come a game and fail you 4-0 that day, but he is very difficult to strike out because he is a player who hits the ball and hits well for all the wings of the field, which is like everything, it is difficult to hit ».

You may also like: “Mattress, microwave and house, BUT …” Industriales player CONFESSED about STIMULOS in National Series

«Me giving a hit in 162 games, that’s 162 hits, you understand me, there are times when a player comes and hits four in a game and then he doesn’t hit for two days, but damn before you hit four. With a hit that you give, you say: “well at least I scored”».

The friendship and respect that these great figures of Cuban baseball feel for each other, who proudly represent us in the Major Leagues, is evident. This curious experience is one more example of the support that exists among Cubans, which is also reflected in baseball.

We would love to know your opinion about it, you can leave your message in the comment box.

In the following video you can enjoy the complete program and the intervention of Raisel Iglesias:

You may also like: OFFICIAL: Rigondeaux ANNOUNCED his return to the ring