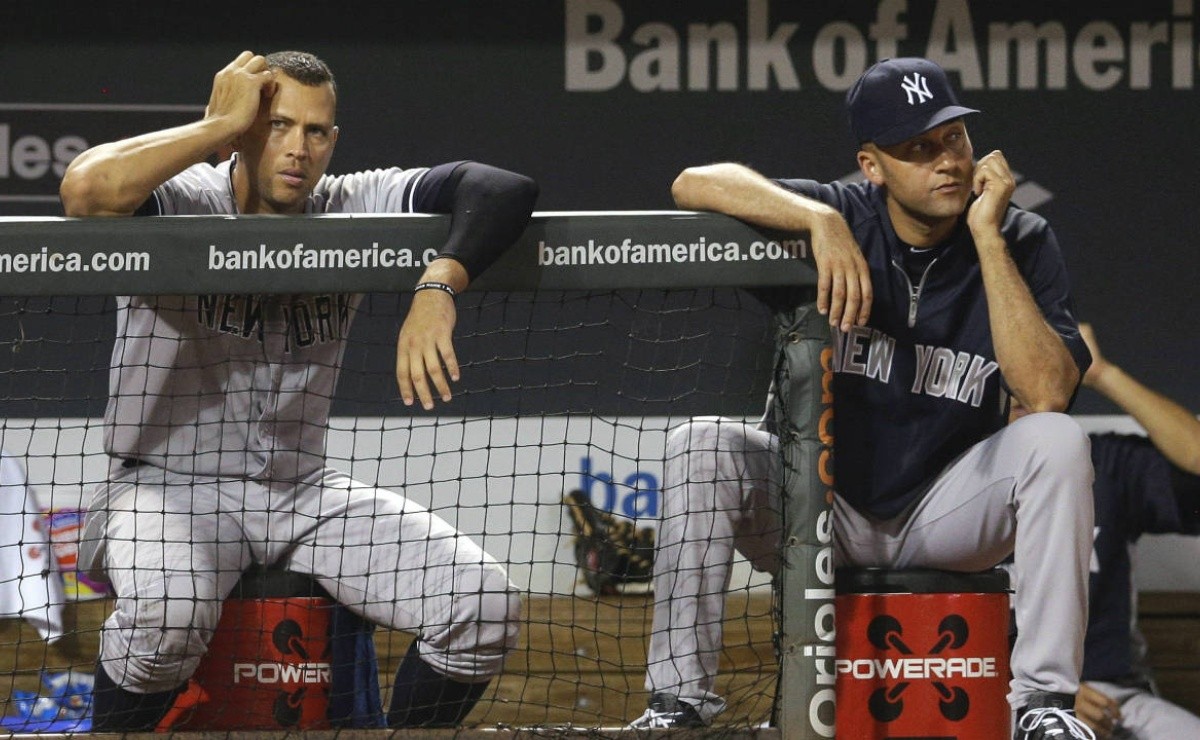 It is common for a team full of stars to have egos that are difficult to overcome, as perhaps it was for that team of the New York Yankees of the end of the 90’s and in the 2000’s, where there were players of the stature of Roger Clemens, Mariano Rivera, Andy Pettitte, Jorge Posada, Bernie Williams, David Cone, and above allDerek Jeter and Alex Rodriguezwho were undoubtedly the most famous and sought after by the press.

It is common knowledge that the relationship between A-Rod and Derek Jeter, despite being a few meters from each other on the field of play for almost a decade, was not the best and that is more surprising considering that There was a time in their lives when they were best friends and almost inseparable. What happened?

Jeter and A-Rod met at a college baseball game in 1993, where they began to forge their friendship, becoming very close friends despite playing for rival teams, with Jeter being drafted by the New York Yankees and A-Rod. Rod for the Seattle Mariners. During the years of rivalry between the two teams, both players had such a close friendship that it annoyed their teammates.

It is said that both slept at each other’s houses when their teams were visiting, and were even teased by their respective teammates implying that A-Rod and Jeter ‘were dating’. The truth is that in the 90’s both players gained a lot of fame and became MLB stamps: Jeter winning championships on a dominant Yankees team and A-Rod excelling in a Mariners lineup that included Ken Griffey Jr., Jake Buhner and Edgar Martinez.

After the 2000 World Series, which the Yankees won by defeating A-Rod’s Mariners in the ALCS, where Jeter was MVP of the Fall Classic, the Dominican became a free agent and signed with the Texas Rangers what was at the time the biggest contract in sports history, $252 million over 10 years, with Jeter also signing a 7-year, $189 million extension with the Yankees, which was the beginning of the end of their friendship .

After signing his contract, A-Rod spoke to ESPN Radio, where he was asked who he thought would be the player who would break his contract record in the future, bringing up the name of his friend Derek Jeter, to which Rodríguez ranted against him saying that he did not have the talent or the numbers to get a better contract from him.

Obviously, this reached the ears of Jeter, who did not give it much importance. But A-Rod did not know how to shut up, since in a profile that Esquire magazine made of him for the 2001 campaign, he said that he was always “treated to be an idiot” while Jeter was given “better press”, in addition that his still friend had never had to be the star on a team full of huge Yankees players, unlike him.

Jeter didn’t like the comments at all from Alex Rodriguez, who although the latter mentioned to the media that he was giving A-Rod the benefit of the doubt, he was privately upset, as it was reported that during Spring Training in 2002, Alex went to Jeter’s house in Tampa Bay to apologize, to which the Yankees did not want to respond to the visit.

From here things became tense between the two, who up to that point were no longer such friends. By 2003, the Yankees had completed the trade for Alex Rodriguez, who fell out when A-Rod and Jeter were no longer friends but acquaintances, whose relationship only worsened as the years passed in New York.

There are palpable incidents like the fly ball that Jeter and A-Rod botched in 2006, with the shortstop giving the Dominican an unfriendly look, where they even got a big scolding from Steinbrenner and Cashman, where they asked them to make amends and if they did not get along, pretended to be friends and partners on the ground.

By the time they retired, their relationship had grown even further apart, with neither attending the other’s retirement ceremonies and when they were first seen together in an interview in 2017, they were highly uncomfortable talking to each other. another, in what was undoubtedly at the time a great friendship, now they are just people who “used to know each other” and today they can’t stand each other.

Yankees: How A-Rod and Derek Jeter went from best friends to not being able to stand each other