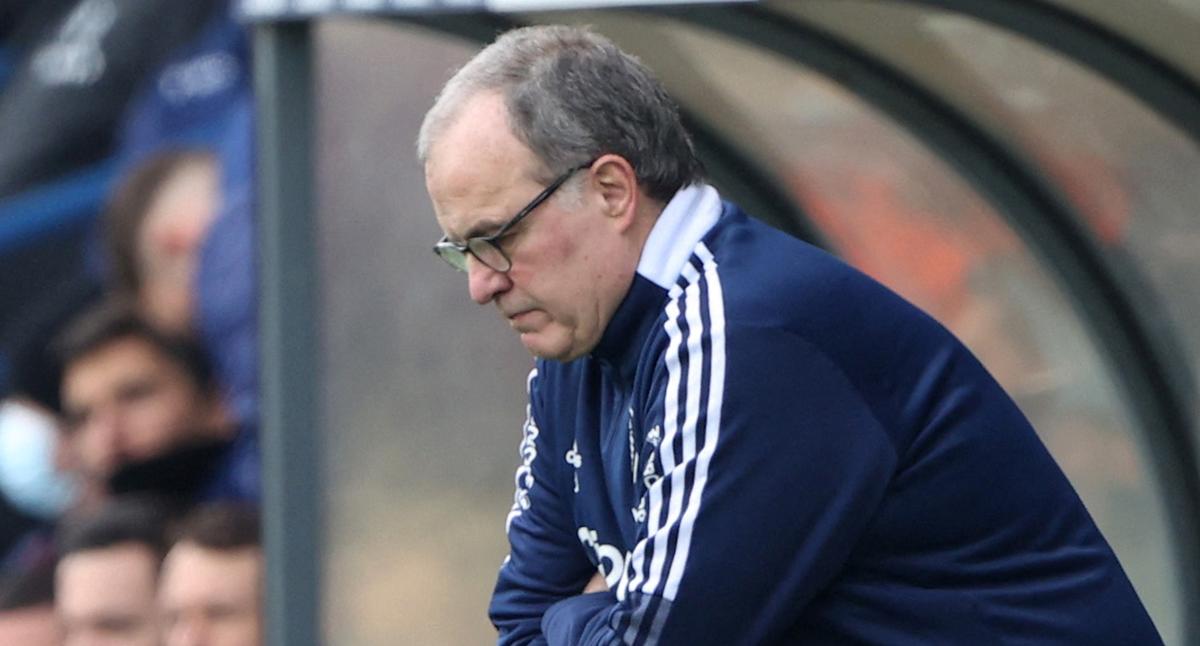 Marcelo Bielsa has nothing to do in the mexican soccer. Why do we want a sell smoke As the? No sir. Here we only accept winning technicians. The Argentine preacher’s losing record increased this weekend with his dismissal from Leeds United. He is a hopeless failure. Also his words sound very suspicious. As he speaks very nicely to be a coach. Here, in the timeshare league, we need talkative technicians and not philosophers who instead of training would have to teach at the university.

It just doesn’t fit here. He already directed America and Atlas in the 90s and did not win anything. The Federation has begged him on several occasions to come to the Mexican team. There is no way, it has been impossible. Money in abundance has not been able to seduce the Mad. What happens? But it doesn’t matter that I never return to the brand new MX Leaguebecause here we need technicians “with balls” like Miguel Herrera and Tuca Ferretti. They just ran it. With what face would he come to Mexico?

The dismissal of Bielsa as coach of the Leeds United confirmed two things: the pleasure of his detractors to see him fail and the eternal illusion that Mexican soccer has to see him again on their benches. As soon as his departure from Leeds was confirmed, the smoke sale went into action. Some even assumed that Crazy will reach Liga MX. The crystal ball is very popular with talkers.

Immediately the lovers of success came out. Why would he come to Mexico? To keep failing? No need to feign surprise. Bielsa has always paid dearly for being a weirdo in soccer. Each stumble is the definitive proof that their ways and their ideas are useless. Exaggerations are the order of the day with all the characters that polarize. And Bielsa is no exception.

Rosario has successes and failures in his biography like any other technical director. But perhaps few have suffered so much discredit in defeat. The balance seems impossible, because for every display of irrational hatred there is another of absolute veneration. His victories are applauded without measure. And no, romantic gentlemen, that is not healthy either. In victory and defeat, his stalwart fans and irredeemable critics act thoughtlessly.

Chiaroscuro always help nuance. Yes, Bielsa was promoted to a mediocre team that had been in the English Second Division for 16 years. And then he was unable to get that same club out of a crisis that could well make them return to the abyss. Bielsa failed completely with Argentina in Korea-Japan 2002, but also made Chile He will leave behind his losing mentality and establish himself in the forefront of world football.

He left his mark in Bilbao and Marseille. Chileans adore him as if he were a hero of the country. Leeds fans paid him various tributes despite the poor results of the last season. How rare for a loser to get that. There are coaches who win titles at close range and then nobody remembers them. “To success and to failurethose two impostersalways treat them with the same indifference,” said Kipling.

Marcelo wins and loses like everyone else. That does not mean that Bielsa is an ordinary coach. His legacy can be seen in his players. Almost everyone speaks well of him. Actually that is not enough to say: most say that his professional life changed forever thanks to the failed Bielsa. The influence he has had on various coaches, from Pep Guardiola to Diego Simeone, says more than any title. You don’t need to have full showcases to be successful.

Perhaps part of the blame lies with the eternal sycophants who praise him down to the smallest detail. It happens in life, it happens in politics and it happens in football: the exaltation of the virtues leads to an inevitable satiety. That is why the counterpart also exaggerates his positions: Bielsa has nothing to do in Mexico. doTo America? But how! If America is run only by successful technicians forced to understand that it is necessary to “win, like and thrash”.

Here, in the successful Mexican soccer, we deserve coaches who always think about winning. No mediocre speeches. Glory is the only thing that matters. That’s why we deserve first-world coaches like him. Louse and the tuka. Before having the most powerful squad in the history of Mexican soccer, Ferretti had won two titles in 20 years as a coach.. In Bravos de Juárez, without Gignacits reality is very clear.

the glamorous Michael Herrera could he have been promoted to Leeds United? We’ll never know cause he’ll never lead on Englandbut the truth is that he could not save the descent or the Veracruz nor to the tecos. The tuka Have you ever been on the list of teams like Real Madrid, Barcelona or Inter Milan? Surely yes.

Bielsa knows Mexican soccer by heart. He has criticized him even when he is far away. Like in 2010, when he broke out against the Draft for denigrating footballers and taking their status as interchangeable commodities to blushing extremes. Jorge Vergara he wanted to bring it to Mexico and could not: Bielsa knew everything about Chivasbut decided on his own that he was not the ideal coach for the Flock. He knew something about the methods of the Vergara clan.

No, friends, Bielsa will not come to Mexican soccer. And if he does, he would betray himself. And he would betray us all because in Liga MX we deserve coaches of our level.

Marcelo Bielsa, the failure who has nothing to do in Liga MX