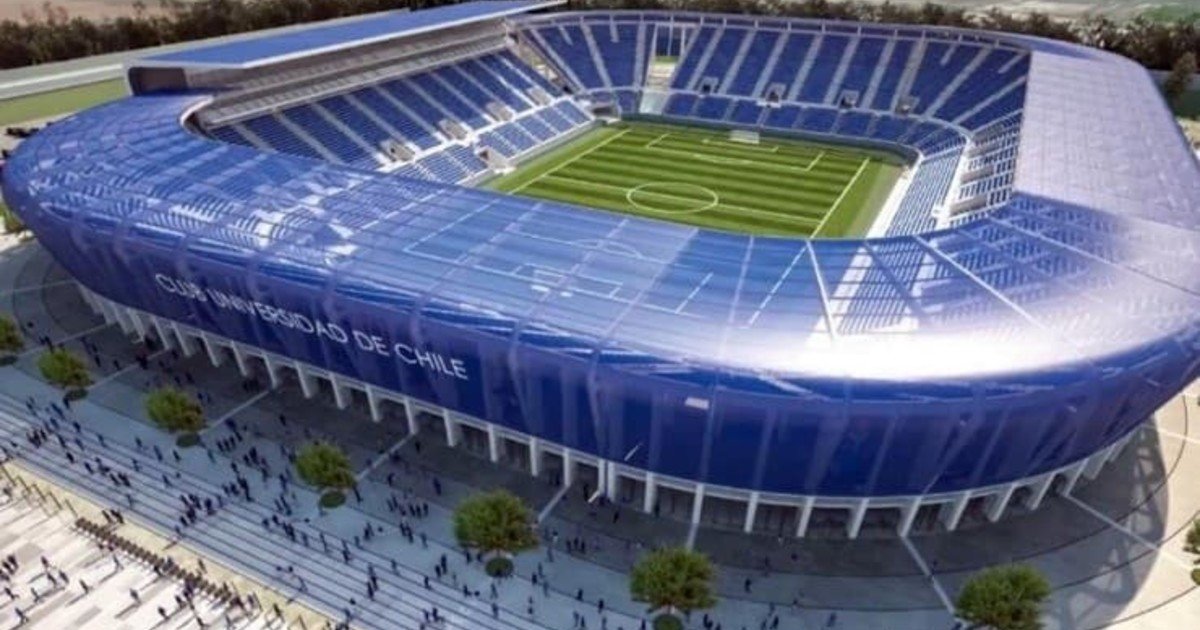 Going to your team’s stadium every weekend becomes a ritual. The court, is that it houses the club of all your life, takes the place of a second home: the one in which you know all the corners, the shortcuts, the secret corridors. Above all, the one you feel as your own. As if a piece of cement or some seats really belonged to you.

That is what the University of Chile, which is one of the biggest teams in their country but still has a thorn that cannot be removed with any title. The sense of belonging. And when it seemed that she was finally going to fulfill that dream, she suffered a new setback.

The U plays at home, historically, in the National Stadium, the most important in the country, which corresponds to the Chilean state. Due to its preponderance in national football and the number of fans that the institution has, The desire to have a house of their own and stop renting was a campaign promise of several presidents. And recurring dream of fans.

At the beginning of 2022, that illusion seemed to be close to being fulfilled. Driven by the desire of always but also with a matter of logistics: the National Stadium is being refurbished for the Pan American Games to be held in the Chilean capital in 2023, so the Blues will have to find a new venue for some time.

For this reason, the club worked on a project to acquire land in Cerrillos, one of the communes of the Metropolitan Region. The chosen place was Parque Cerillos, a piece of land that was available and that allowed to carry out the dream of building a stadium at the height of an 18-time champion team of the local tournament.

However, the same obstacle that takes him out of the National Stadium is the one that deprives him of being able to have his own stadium after a long time. ANDIt is that this property will be awarded to the country’s Baseball and Softball Federation to build a stadium for next year’s Pan American Games.

This was confirmed by the general manager of that sport in Chile, Jorge Núñez, who liquidated the aspirations of the U: “We are calmer, because the president of the Olympic Committee personally called the president of the federation to tell him that the project for baseball is maintained as agreedto have the venue ready for the 2023 Pan American Games”.

That is why the University of Chile must seek new land to give birth to its desire to have its own stadium. And in the meantime, you already have the option to play two pending matches: It will be local in the Santa Laura de Unión Española. It will be necessary to define where he plays the rest of the season.

A REALITY IN CHILE

The situation of the U is surprising, above all, because it is one of the biggest teams in the country, with more fans and that in addition to local titles has a South American in your showcase. Although this is common for this to happen in Chile.

Most courts belong to the state, either municipal or national. Only five teams have their own stadium: Colo Colo, Huachipato, Catholic University, Cobreloa and Spanish Union.

The struggle of a great South American to have a stadium: now baseball stole it