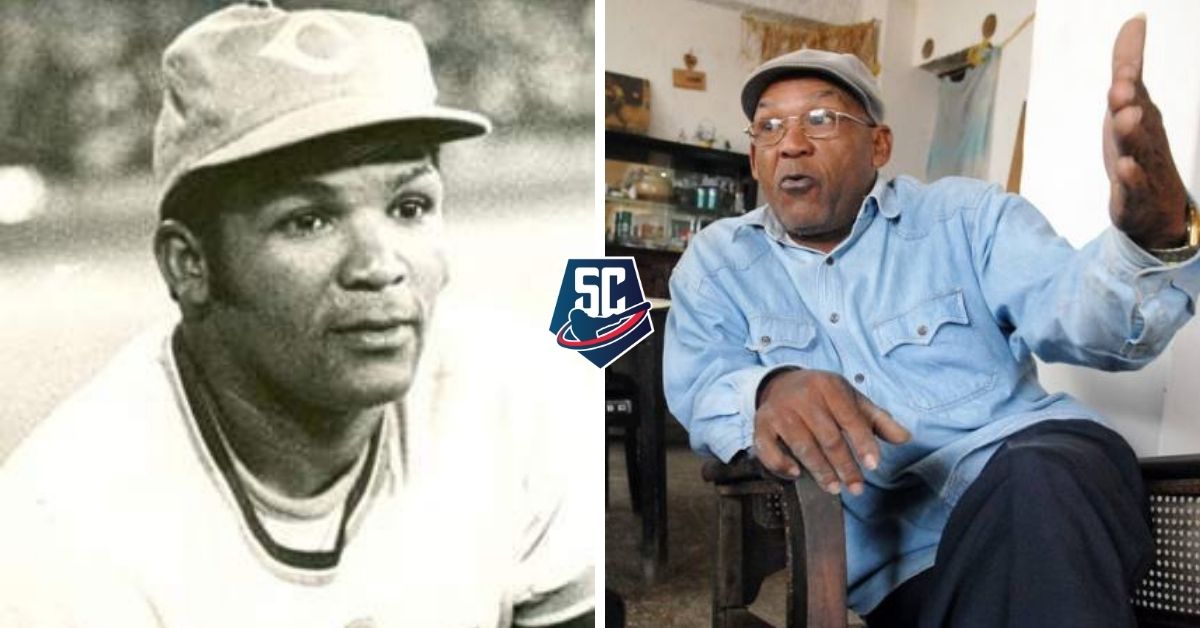 Undoubtedly, German Eagle, is a figure of Cuban baseball. Born in Villa Clara in 1940 and moved to Havana when he was barely a decade old, he was linked to baseball on the island for more than 40 years, first as an outstanding third baseman for capital teams in the National Series during the 1960s and 70 of the last century and then a respected referee for 27 seasons.

It may interest you: Industriales COULD NOT with the Gallos, Yander was too much for La Isla, Toros and Indios made the cross. Summary Series 61

Águila played 13 seasons of Cuban baseball, since his debut in the II National Series (1963), being crowned champion seven times, five of them with Industriales (1963-1966 with Ramón Carneado as manager and 1973 with Pedro Chávez), one with Habana (1968 with Juan «Coco» Gómez) and another with Agricultores (1975 with Orlando Leroux).

Owner of an excellent glove and explosiveness on the field, Águila joined the Cuba team at the 1973 Havana World Cup and the 1974 Santo Domingo Central American and Caribbean Games, leading the home run team with four in the world event and a member of the All Stars as a third baseman.

After his retirement in 1976, he immediately joined arbitration and did so for almost three decades, earning the respect of players, managers and fans, despite the fact that his explosiveness as a player also brought him to his new role, which brought him more than one inconvenience on the pitch, such as that historic event with the player from Santiago, Pero Poll.

In a recent interview offered to sports journalist Evyan Guerra For his YouTube channel, the experienced baseball man who will turn 82 in 2022, discussed different issues of interest to fans of Cuban baseball.

On the conditions of the land during the time he played, with respect to the current ones and the influence of it on the defense and the growth of the number of errors, Águila expressed:

“I am a person who talks little, about facts and not about words. There are players who arrive on the field of play and do not catch any ball, then come other “badr” ones and catch them all. That depends more on the quality that the player has, on the practice, on where he became a player »

“There are no justifications. I did not take it because I could not take it, period », she emphasized.

Regarding the issue of the public in the stadiums and how it can affect the work of a referee or a baseball player, he argued:

«The public is always the public and it will offend. But when you’re in the field you have to forget about that. What you cannot do is attack, you have to go to the riposte, try to make your work the best ever, find a way to do it well so that they don’t criticize you and forget about the public because if you don’t do it, you yourself are affecting”.

In his time as an arbitrator, there was no such thing as play or review of umpires’ decisions through the use of video, a measure that has reduced “injustices” in baseball due to “badly called” plays. On the subject, Águila said:

«I would have liked it in my time, because that way you are not wrong. When the managers claim, the referees meet, the play is reviewed and the decisions are reversed. That’s one of the biggest things I’ve ever seen in baseball.”

Germán Águila confessed that he preferred his time as a player than as a referee in the National Series, although he did not fail to acknowledge that he was applauded for imparting justice.

“Better as a player, without a doubt. As a referee he suffered a lot when I made a mistake. Although they applauded me. That was in Italy, in Grosseto. I kicked eight players out of the game but they applauded me. Nobody wanted to go there to Grosseto, neither the North American referees nor the Italians, but we got there (the Cuban referees) Iván Davis, (Alejandro) Montesinos, (Mario) Cossío, (Onelio) Ordaz, among others who have already passed away… and they took me out the best referee in the league. I threw out eight, but they applauded me. That was in 1983.”

“In Cuba they also applauded me, in the Sandino, there in Villa Clara,” he added.

The renowned referee and prominent player of capital teams, gave his opinion on the current state of Cuban baseball.

«Lately I have not seen many games, but I would like, without leaving anything inside me, that they put on television the games of Japan, of Mexico, of the whole world, because watching a game on television, believe it or not, helps a child to be interested in baseball and want to be a baseball player. But if you don’t see it, it’s very difficult. In Cuba only soccer is played, because that is what they always show (on television). I am against that », he concluded.