In addition to informing you and always updating all the WWE resultslike every Monday we bring you closer the best coverage and live results of WWE Smackdown. We are going to narrate you live and enjoy together all the event of the blue brand today April 29.

WE START WITH THIS WEEK’S SHOW!

With these two fights we inaugurate an edition of the blue brand show. The two clashes that have been announced for tonight are the following; In the women’s division Ronda Rousey & Charlotte will seek to beat the clock tonight, and the RKBRO’S arrive at the contract signing for their match against the Samoans. 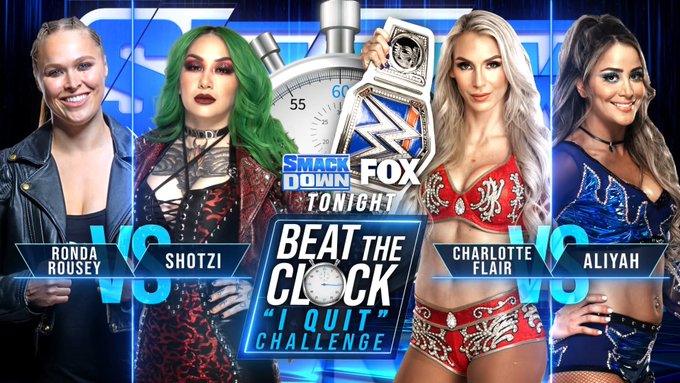 THERE IS ONLY ONE WAY TO ESCAPE!

Right now we will have a heads up between the Canadian and the Scot. Last week Zayn managed to escape from combat by causing a fight between all the lumberjacks who were outside the string, he took advantage of this distraction and in an instant he was already in the stands with the public. Tonight there is no turning back and Drew will make her suffer the consequences for his cowardice…

HE COULD NOT ESCAPE FROM MCINTYRE! Sami had to face his destiny in the worst possible way, the fight was mostly dominated by the Scotsman, it should be clarified that Zayn partially held the reins, however Drew’s maneuvers were superior because he punished continuously the Canadian’s torso to such an extent that it knocked him out. Maneuvers were seen as bombings, Superplex’s among many more.

WHAT HAPPENED TO THE STATUE?

We would have Happy Corbin in the center of the ring, after taking the microphone he pointed out the following; “Everything I touch…turns to gold.” The public did not react in the best way after these comments…

He would continue talking about his former partner, but there was one detail that Corbin had not considered and that was that Madcap Moss was in the corner behind him. The winner of the André El Gigante Battle Royal carried a mallet to brutally beat Corbin however he failed to connect and opted to go to blows, making it clear that he does not intend to forget what happened. 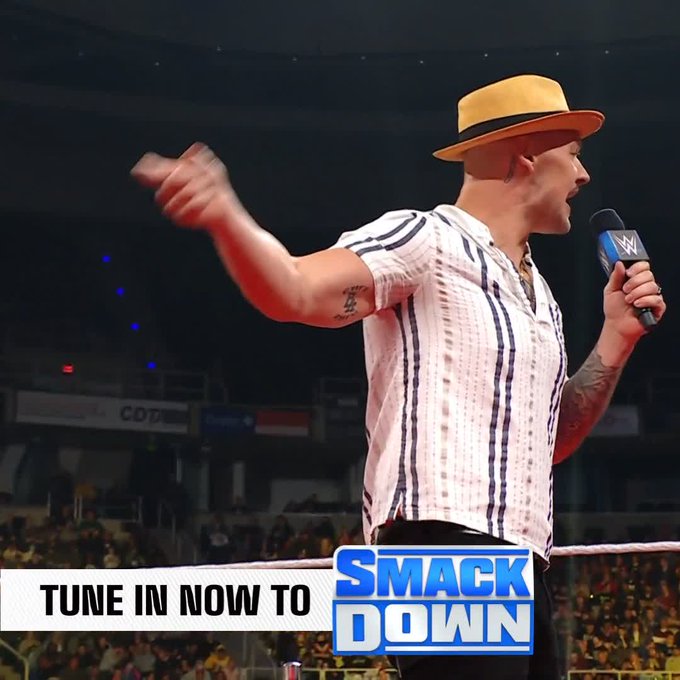 WE WILL HAVE A HEADLINE FIGHT!

Right now Ricochet puts his title on the line against a powerful Shanky who a week ago asked him in a very imposing way that he wanted a fight with him for his Championship. Will he be able to conquer the Ricochet title? then…

THE DAYS AS CHAMPION CONTINUE!, Ricochet defeated Shanky showing his power as champion, the images that most surprised the public is that Shanky was very upset with Jinder Mahal while Ricochet kissed his title in front of them …

IT’S TIME FOR YOUR DEBUT!

Direct from NXT, the former champion of the brand who seeks to revolutionize wrestling arrives at the ring of the main rooster. And it is time to show why she has reached that position, she does not intend to give up a single step, however she must be careful with local talents…

IT’S EVERYTHING! Raquel has completely dominated the fight and emerges victorious from her first confrontation in the blue brand. 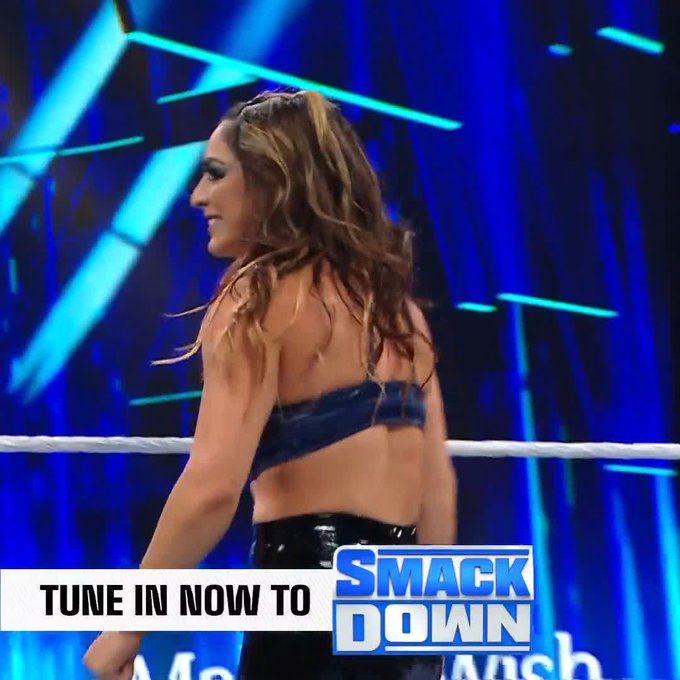 CONTRACTS MUST BE SIGNED!

Right now the champions of both brands in the division in pairs are face to face to make their fight for the unification of the titles official. The RKBRO’S must not lower their guard because they are in enemy territory and with the defeat of one of the Samoans it could be dangerous…

POSSIBLE FIGHT FOR WM BACKLASH? It was a very intense moment for the entire audience. The fight began when “The Legend Killer” called Jimmy Uso “Perr#” to the point that upon seeing this the Tribal Chief came into action forcing Riddle to swallow the contract. In those moments Drew appeared again to face the Head of the Table to such an extent that they began to exchange blows to such an extent that they forced THE BLOODLINE to back down. Paul Heyman would appear with Adam Pearce to talk about the possibility of facing Mcintyre and the RKBRO’S against THE BLOODLINE. 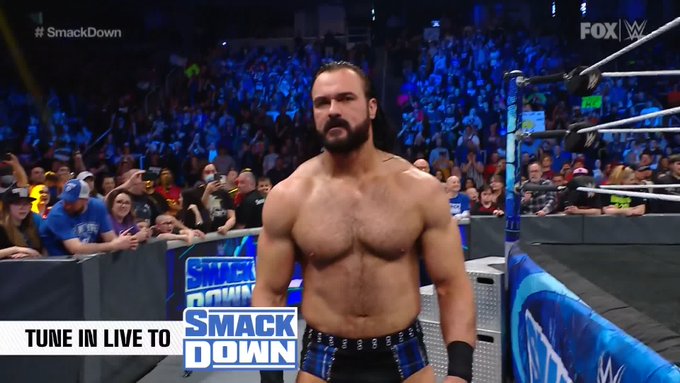 NEXT SHOWDOWN IN THE NIGHT!

Again we will have a heads up between both dumbbells but tonight “The King Woods” will only face Ridge Holland, however they must be careful because we previously saw Butch talking to Sheamus …

THE NEW DAY IS IMPOSED!, Xavier Woods defeated Ridge Holland with authority and again they achieved a victory that perplexed their opponents. At the end of the fight both made fun of those already mentioned. Noticing this the team leader (Sheamus) requested a heads up match against Kofi Kingston. After an intense contest “El Tiburón Blanco” defeated Kofi and thus celebrates it. After this act they used Xavier to destroy a table, and for the following week we will have a “Table Match” between both teams. 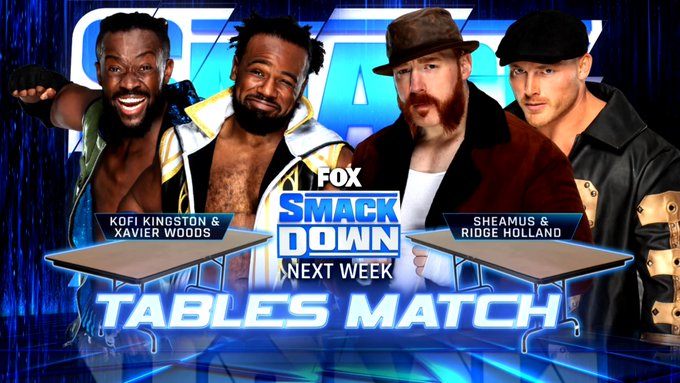 Right now Ronda Rousey faces Shotzi in a stopwatch fight, “The Queen” is at the comment table outside the string but is still a threat to Rousey. Will the Baddest Woman on the Planet be able to pass this test? It should be remembered that the stipulation is to see how long Ronda will be able to render Shotzi. 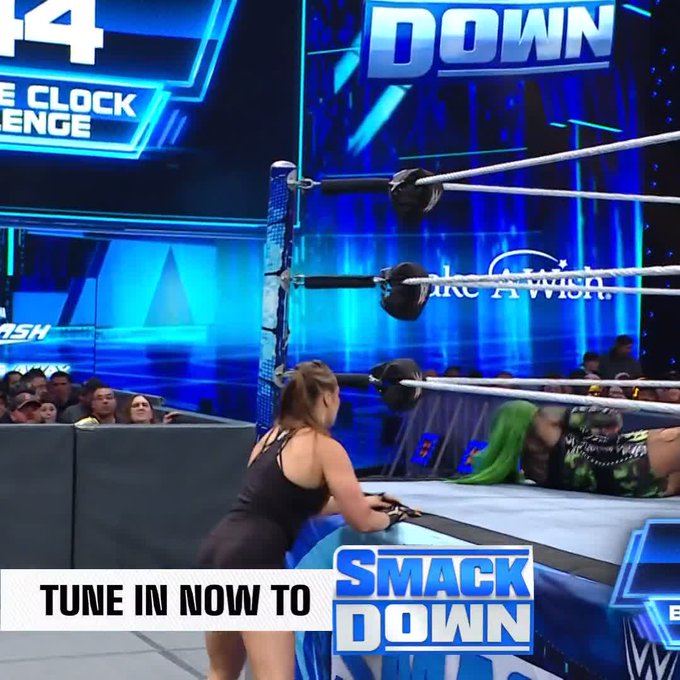 HE COULDN’T TAKE THE PUNISHMENT! Shotzi was the victim of the Baddest Woman on the Planet. After an intense contest, the fight ended with one of the company’s legendary keys, Rousey applied an “Ankle Lock” and Shotzi surrendered at minute 1:41 and that must be the time to beat. It was the turn of the Champion against ALIYAH, the “Queen” was in control of the fight but Ronda and Charlotte began to shout at each other and time was running out, Aliyah threw her out of the ring and when she tried to apply the Figure Eight it was too late and with this Rousey took the victory. Moments later Flair savagely attacked Drew Gulak who was just ringing the bell. 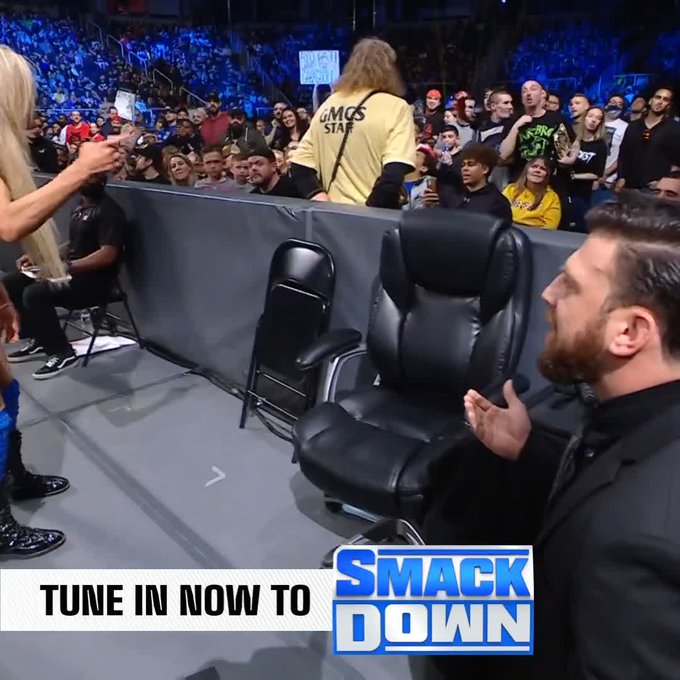