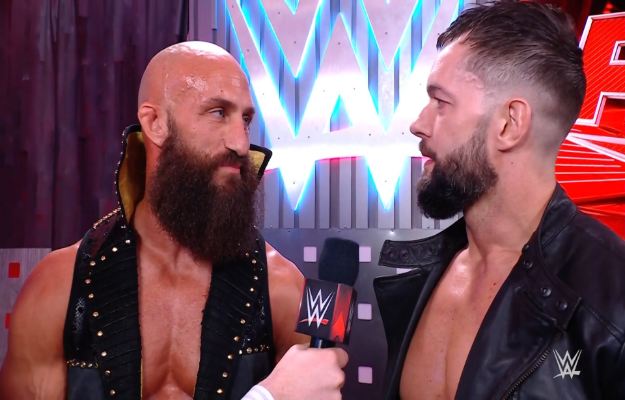 Tonight we have the presence of the super star of NXT 2.0, Tommaso Ciampa teaming up with Finn Balor vs The Dirty Dogs on raw, Two of the faces of NXT join forces at the red brand show.

Tommaso Ciampa disputes a fight on RAW with Finn Balor

A rivalry of superstars from different brands that has caused an impact in the WWE universe, has been that of the RAW superstar Dolph Ziggler and one of the faces of NXT Tommaso Ciampa, these two have an agreed fight for tomorrow night on NXT 2.0 but as for tonight on RAW, Ciampa teams up with Finn Balor to take on The Dirty Dogs.

The fight begins with the enemies and allies of Ciampa and Balor dominating the fight, together they connect to deal with both rivals even at the same time, the respect they have for each other is noticeable and the two do their celebrations while leaving Robert Roode and Ziggler lying on the ground unable to recover.

After the commercials it looks like The Dirty Dogs have regained control over combat and have the roles reversed, However Ciampa and Balor do not give up and they are not allowed to take the victory on account of 3 so the fight continues.

Tommaso Ciampa is better off

To end this fight, Tommaso Ciampa has Robert Roode at his mercy to apply your finisher, so it does and 1 2 3 Tommaso Ciampa defeats Robert and Dolph Ziggler on RAW, this makes Ciampa look better before his singles match tomorrow.

We still need to see the multicolored brand show tomorrow to see Ciampa vs Ziggler in a heads up and see which of them raises the name of their territory so don’t miss that edition of NXT 2.0.

Tommaso Ciampa and Finn Balor team up on WWE RAW