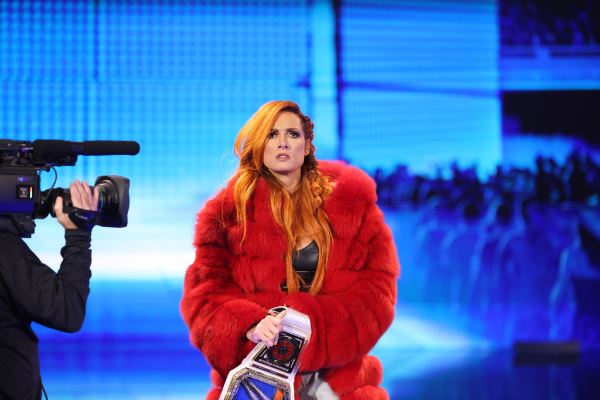 Rumors indicate that there is a possibility of Becky Lynch leaving WWE. From what has been heard recently, there are chances that The Man will eventually leave WWE to dedicate himself to the world of film and acting.

Becky Lynch is currently one of the most popular WWE wrestlers of history, being a member of the 4 Hourse Womens and winning the company’s women’s championship on different occasions, she is currently back being the Smackdown champion and her career continues at its climax, however there are rumors that he will leave the company in the future.

We have seen her perform in the cinema in 2018 with a role in The Marine 6 and in 2020 appearing in the series Billions, I probably would have had more projects if it had not been for the pandemic and her pregnancy, now that she is a mother and the disease has reduced, the doors are open to dedicate herself fully to the world of acting if she wanted to.

During a recent interview for New York Daily News Becky pointed out that she will not only resume her acting career, but also wants to become bigger than Dwayne “The Rock” Johnson, This is what Becky said:

of cinema, The Rock is a great friend of mine but I am different from him. “

Perhaps the expectations and / or words of Bekcy Lynch are too much to say but it would be interesting to see Becky Lynch on her way and development to achieve that dream, but for that he would have to leave WWE just like The Rock and more recently Joh Cena did.

And would you like to continue seeing Becky Lynch in the world of cinema? We invite you to let us know.

Thanks for sharing this time with PLANET WRESTLING, WWE website and wrestling. Remember that you can follow us on our RRSS and that on the web we continue day by day bringing all the WWE news, videos, interviews and in this case, the best coverage and live monitoring of the expected WWE EXTREME RULES 2021.