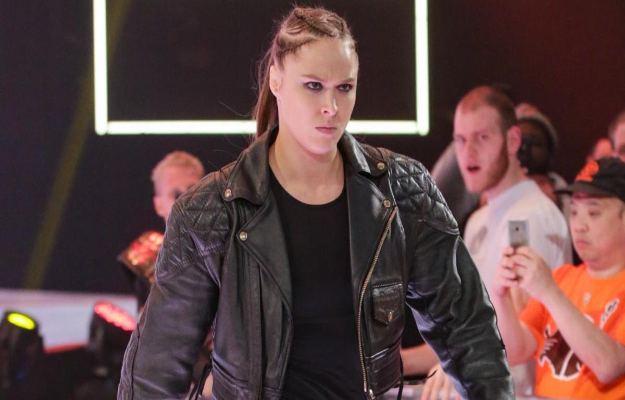 The current challenger for the women’s championship smackdown, Ronda Rousey has shared a few words about how it has been for her to deal with fans and having to forcefully change her attitude.

Ronda Rousey talks about her recent interaction with the fans

As we could see last week in monday night raw, the winner of the women’s Royal Rumble returned to programming, Something that many noticed was that from her entrance and throughout her promo, Ronda’s attitude was a very annoying face, this, according to what she herself has recently revealed It’s because he had a hard time dealing with the fans in that city since he knew he wasn’t very popular there.

Through a broadcast on facebook Ronda Rousey commented that the criticism of the fans bothers her, but by order of the company he had to change his attitude for the next show in SmackDown in which he was present and put on a huge smile, This was what he said.

“It is difficult for me to have to put up with what the fans say to me when I go on screen, because I don’t

I go out there as a character, but it is Ronda Rousey who appears on television. I take it as

Ronda has accepted that it is difficult for her to manage her emotions in reaction to the attitude of the fans, however WWE demanded that she change that face on the next SmackDown because they want to make her look like the Bab Face, Ronda Rousey also talked about this during her broadcast and this is what she had to say.

“When I am the last one to appear on the show, I am under great pressure, because I feel that it is

My responsibility is to keep the audience entertained and do what they say. I don’t want people

We will see how the role of the baddest woman on the planet continues in the coming weeks in the face of her fight vs charlotte flair at the biggest event of the year.

Thank you for sharing your time and enjoying this great passion with PLANET WRESTLING. Remember that you can follow us on our RRSS and here on the web so you don’t miss anything. Every day we bring you the wwe news, videos, interviews, as well as the best coverage and live monitoring.
All the news from the world of wrestling and wrestling in PLANET WRESTLING.

Ronda Rousey talks about her forced change of attitude in WWE