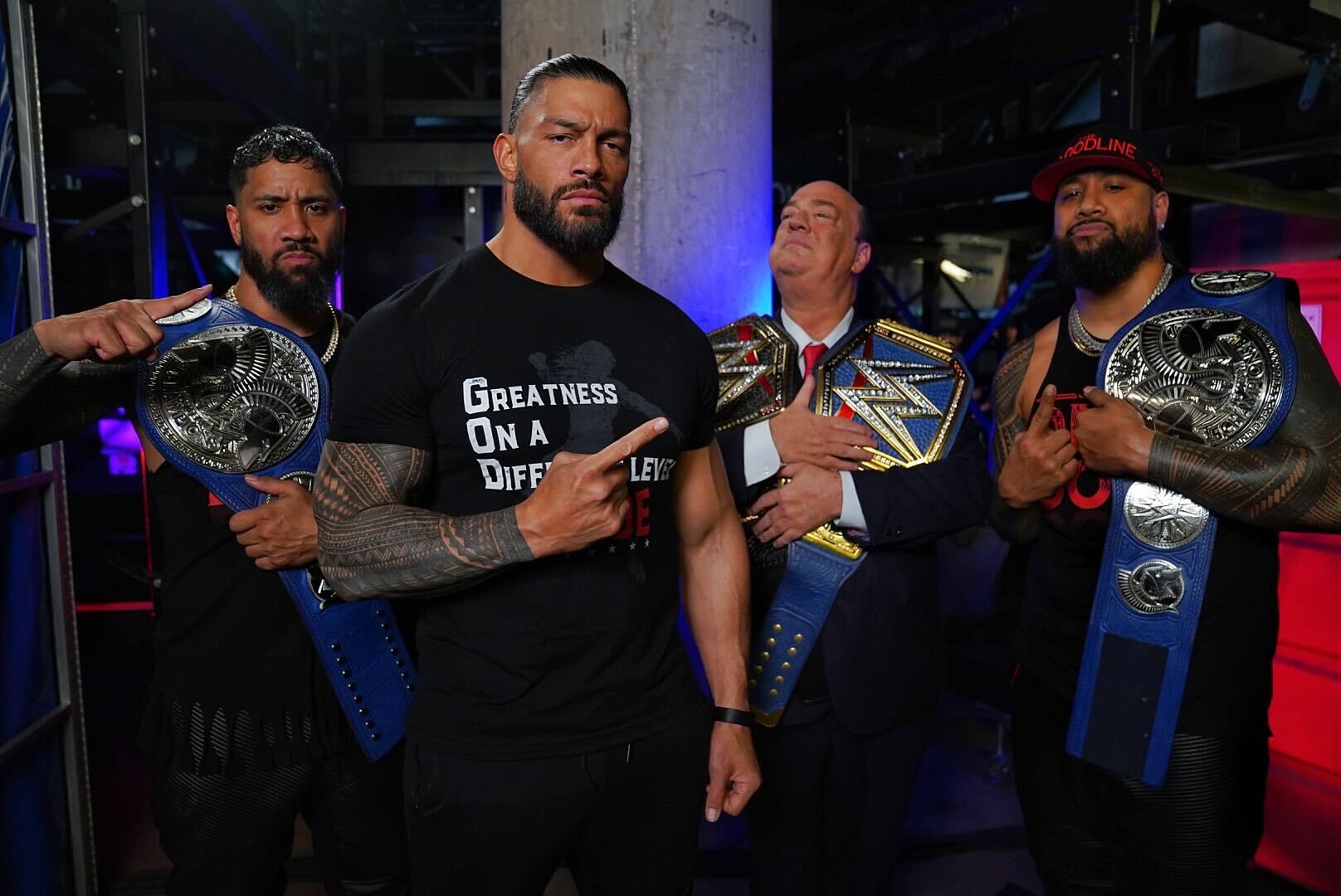 Reigns entered along with the two titles that today form the aforementioned name. He made his entrance along with Paul Heyman, Jimmy Uso and Jey Uso. The Usos with their SmackDown Tag Team Championship which they retained at WrestleMania.

Reigns handed over his belts to Heyman. He stood in the ring and he listened as fans booed and then others chanted and cheered his name. Heyman passed the microphone to Reigns and the crowd fell silent.

“I know what they want. We all know why they’re here, but we’ll change things up a bit.”. Reigns asked Heyman to explain the success of The Bloodline. Heyman billed the Usos as the longest-running Tag Team Champions in SmackDown history.

Heyman listed Roman’s box office records over the past year and said there was a 58 percent increase in viewership for WrestleMania at Peacock compared to last year. Heyman introduced Reigns as the biggest star in sports-entertainment and said he is undisputed.

He also said that he is a man of his word in the sense that he made his decision and he delivered when he said he would crush Brock Lesnar, who is the past.

Reigns said that he is a progressive Tribal Chief and that they are never happy my settles for anything.

He said that they would let everyone know what the next step is on Friday’s SmackDown. Reigns told the Dallas crowd to acknowledge him. The Bloodline posed in the ring to close the show.

To see the coverage, know the fights, the results and the qualifications of the combats of the WWERaw tonight click here To access the best coveragethat of us, that of SUPER FIGHTS.