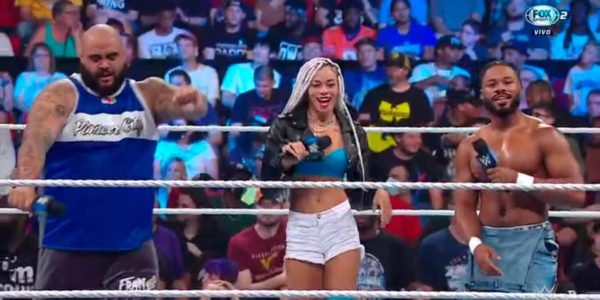 Once Triple H took creative command in WWE, several previously fired Superstars made their long-awaited returns. One of those cases was Hit Rowthough only Top Dolla, Ashante Adonis, and B-Fab did. At first it was all excitement, but eventually they lost momentum and are now considered just another group.since in recent weeks they have been attacked by Legacy of the Ghost Y viking raiders.

Recently, Sean Ross Sapp reported via Fightful Select that some of the Superstars who recently returned to WWE have signed three-year deals, including Hit Row; however, it would not be 100% of the cases. Furthermore, it was reported that all three members of Hit Row signed matching agreements.

«Several of the talents that returned to the Smackdown brand have three-year contracts that will expire in the summer of 2025. Specifically, we’ve also heard that Hit Row has matching deals expiring around the same time and they’re on those three-year deals. Some of the talent brought in has representation and was able to negotiate different contracts.”

«The preparation for some of these returns has varied from the day before their appearance, to less than a week in the case of Kross and Scarlett, a few weeks for Johnny Gargano and more than a month for Anderson and Gallows. We have not confirmed that all those named have three-year contracts..”

WWE is going through big changes and with these returns they are trying to get back to where we were before the COVID-19 pandemic. We will have to see what will happen in the coming years in relation to these Superstars, some of which may not renew.