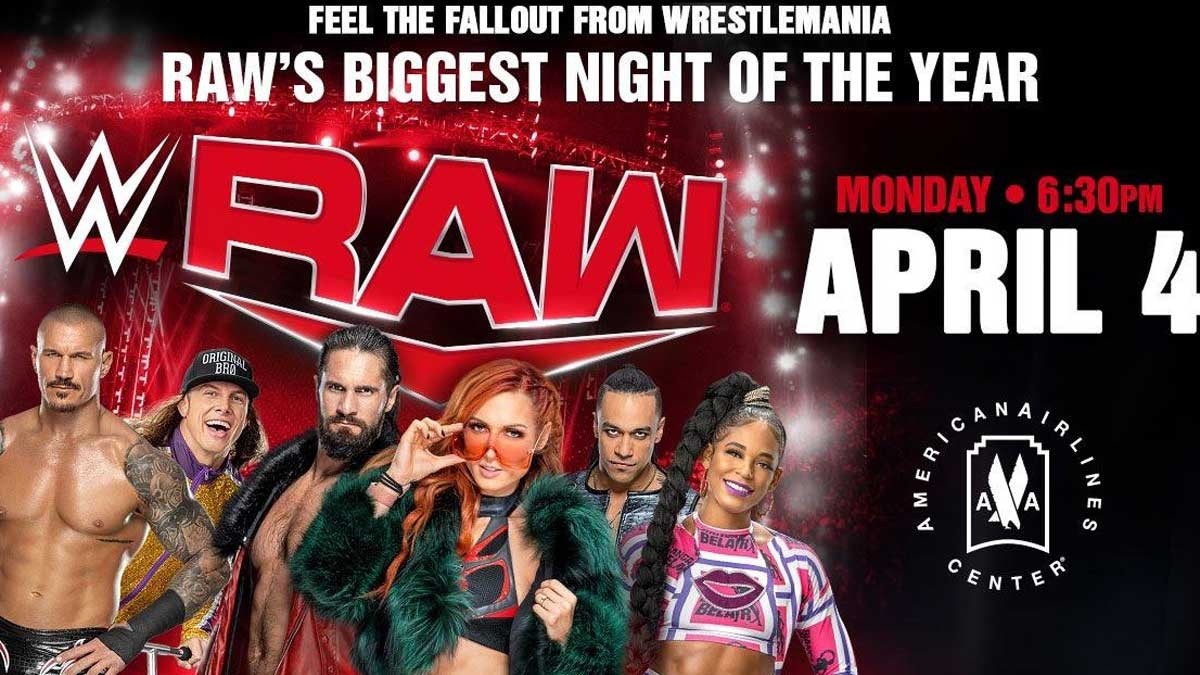 WWE has not yet published the official preview of WWE Monday Night Raw, a show that is expected to be very busy and in which many surprises are expected. In this news we will analyze the latest rumors that run through the network about the show, which will close the week of WrestleMania in Dallas.

See Mahaan will make his long-awaited debut on Monday Night Raw. After several months starring in short promos for the red brand, we will finally see “The Indian Lion” on the red brand show. WWE confirmed the news two weeks ago and there is no news about the cancellation of plans.

Mike Johnson, a journalist for PW Insider has reported that Cody Rhodes will be part of the Raw roster. In a video published by WWE on social networks, the fighter announced that he would speak to the public on Monday. Johnson has also confirmed that he will play a face role. It will be necessary to see if his rivalry with Seth Rollins has a continuity or if WWE decides to assign him another opponent.

Edge and his new stable

Edge belongs to the Raw brand and is scheduled to make a new appearance tonight. Last night at WrestleMania Sunday, beat AJ Styles after The Phenomenal One was distracted by the presence of Damian Priest, who later revealed some sort of mystical connection to The Rated R Superstar. Edge is likely to unveil a new member today. He sounds like Tommaso Ciampa.

The post-WrestleMania Raw show often has interesting comebacks or unexpected appearances. The most striking talents that could return are Asuka, Bayley, Lacey Evans and MVP. It seems that Bayley has all the numbers to make his return.

Future of the WWE Championships

With the victory of Roman Reigns, the brand Raw is left without a reference by not having a maximum Championship at stake. It is unknown if Roman Reigns will appear, although locally it has not been announced. However, it should be remembered that most WWE stars are still in Dallas.

The All Mighty defeated Omos at WrestleMania Sunday and showed a very different attitude in an interview he gave behind the scenes, far removed from his role as leader of Hurt Business. It should be remembered that Lashley lost the WWE Championship in Elimination Chamber without being able to defend it because he had to abandon the fight by submission.