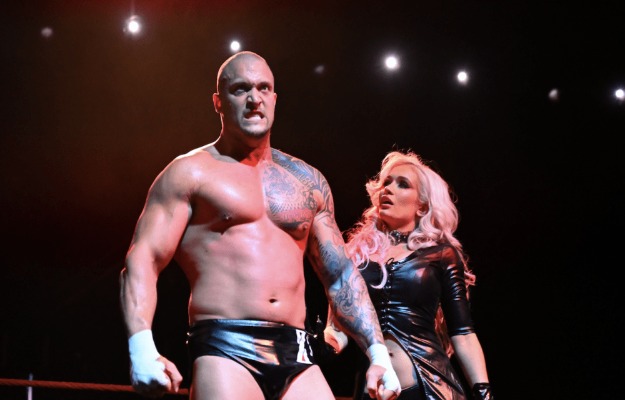 The former WWE wrestler Karrion Kross has reflected on his time NXT Y raw commenting that He learned a lot that will help him improve himself, Kross stood up a better version of himself from here on out.

Killer Kross talks about his time in WWE

One of the super stars who were victims of one of the many waves of WWE dismissal was the fighter Karrion Kross, despite having been one of the most dominant champions in NXT, after not having a good deal after being promoted to raw this was fired and is now called Killer Kross again.

Kross has been working hard since his firing and in a recent interview for the podcast Wrassle Rap He spoke about what he experienced during his promotion, how this helped him to learn a lot and improve it, this was what Killer Kross said for the aforementioned portal.

“I learned a lot in all my experience with that company, with NXT and the main cast. I feel like

a more complete version of myself going through all that experience. There were different challenges in

main cast than in NXT. One of them, and this may not translate to many people, but

this is like changing your times when you’re out there. And that happened quite often. have the

confidence to go out there and perform live while everyone is watching, and change things about the

march when another person’s life is completely in your hands. many things are happening.”

On the sudden passing of NXT and Monday Night RAW

Killer Kross also talked about how he felt the transition from NXT to Monday Night RAW and what people thought about it, this is what he said.

“I knew that people would understand, this is not a misstep on my part. I didn’t really inherit the situation

since, let’s say, I came out of the indies as Psycho Doink the Clown. Like, imagine Sid Vicious in the mask

Doink and just going out and people asking, ‘What’s going on here?’

You know what I mean? Like, you’re on the independents, so you can’t say, ‘You know, someone

he said do it. It was your idea, and with this situation (in WWE) in particular it was not and I knew it was going to be

Killer Kross reflects on his time in WWE