During the show of RAW red mark we have the presence of the undisputed champions in pairs and the master strategist sami zayn about the problems they have been dealing with.

The Bloodline and Sami Zayn perform on RAW

For weeks the Roman Reigns challenger in Clash at the Castle, Scottish warrior Dre McIntyre has set out to destroy The Bloodline and Sami Zayn has sacrificed himself for the same receiving Claymores, to discuss the subject tonight on Monday Night RAW The Usos and the Canadian named the honorary USO Sami Zayn, make presence to address the public.

After remembering what happened last week where they brutally destroyed Drew McIntyre, appropriately happily announce that This Friday they celebrate the two years of the tribal chief as maximum champion, Sami comments that Roman Reigns has officially named him the master of ceremonies for the celebration, suddenly his speech is interrupted. 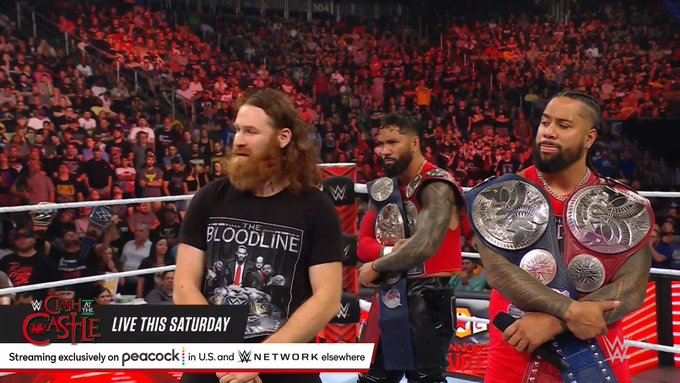 Kevin Owens shows up and claims that The Bloodline doesn’t control RAW and that Roman still owes him one, since KO is a friend of Sami, he takes the floor to reassure him, however his old friend tries to open his eyes that he shouldn’t spend time with The Usos that do not value it, next act seeks fight with Jey Uso for having cost him the victory against Roman 18 months ago.

There is a fight between Jey vs KO, the latter begins suffering at the mercy of the USO but little by little he is recovering despite the punishment received, Jimmy and Sami support in favor of The Bloodline, the fight is quite fought by the emotional conflict of both, Owens manages to get up earlier and dodges Jey’s kicks and he dodge his Pop-Up to find his Frog Splash, but not even with this does he achieve victory yet. 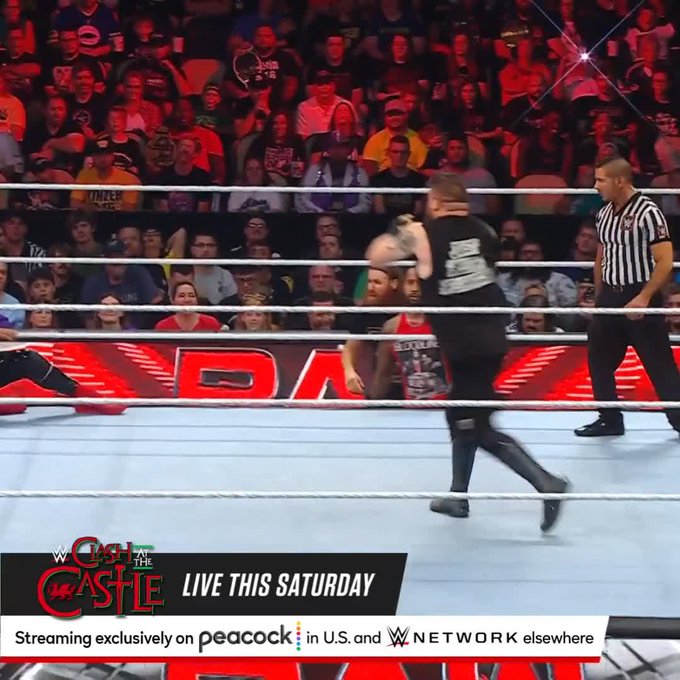 Outside the ring we see a small argument between Kevin and Sami but this distraction gives The Usos the advantage back, they plan a strategy and they test the Canadian to hit Owens with a chair, he thinks about it and doesn’t do it and this gives him the victory to KO after a Stunner, Jimmy and Jey argue with Sami Zayn wondering where his allegiance lies.

Thank you for sharing this time and this passion with us. In PLANET WRESTLING we bring you the best information in the world of Wrestling and Wrestling in Spanish. In addition all WWE news and the next Premium Live Event, WWE Clash at the Castle.

Kevin Owens prevails over The Usos on WWE RAW