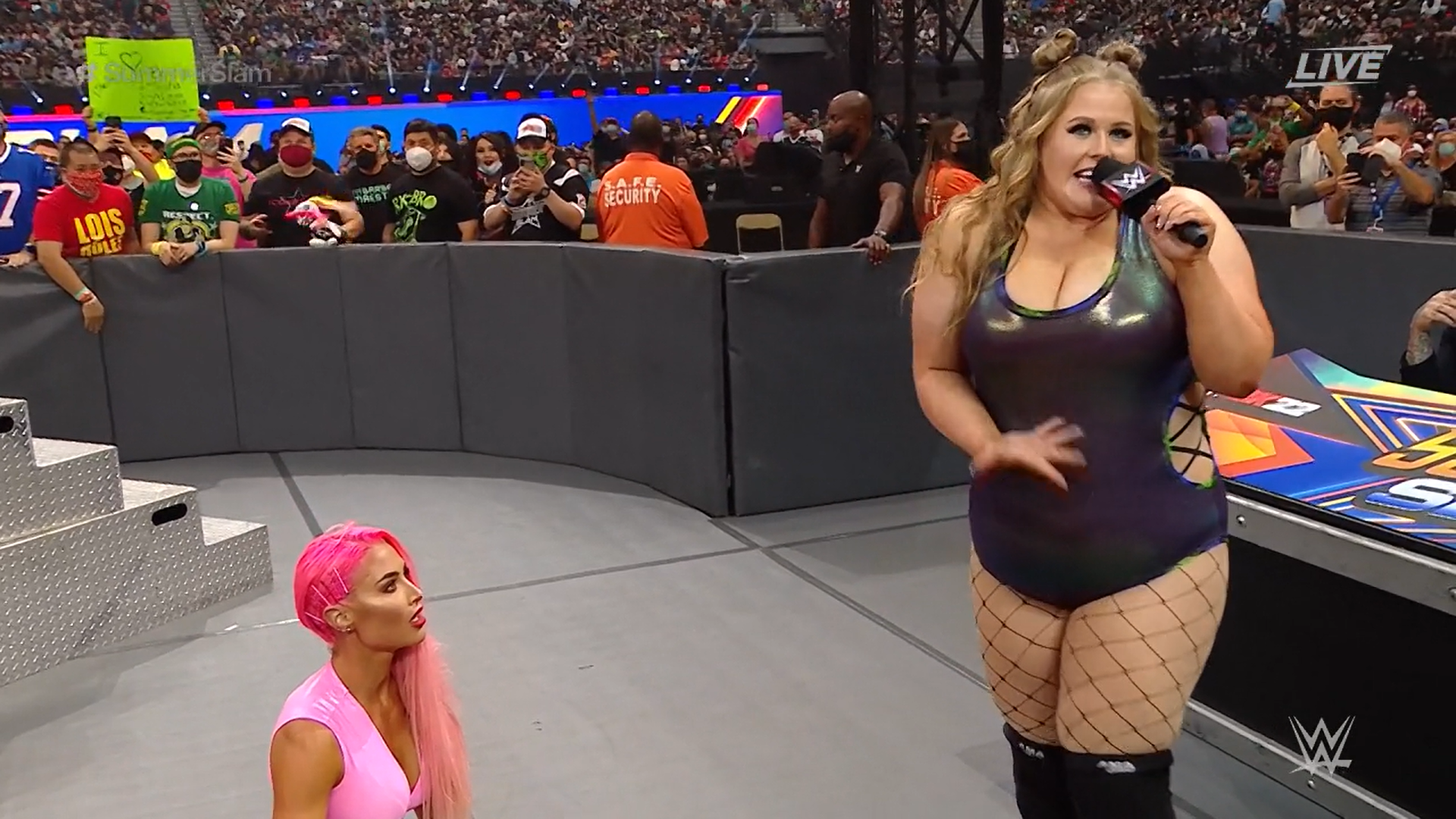 The former Piper Niven debuted on WWE Raw on June 14 and changed her name to Doudrop, thanks to the “baptism” she imposed on her. Eva Marie, with whom she was associated since she arrived in the red cast. Currently, that society has already dispersed and Doudrop she’s rivaling Eva Marie, and she’s even released her own entrance theme song already.

► Doudrop has fun with his current character

Doudrop was recently interviewed by Alistair McGeorge from Metro UK and revealed how she was unsure of her new wrestling name when she was first brought to WWE NXT UK brand Raw. Fans were concerned about the Scottish when her story with Eva Marie was revealed and the name of Doudrop that he adopted in the main cast.

“When it was first thrown at me, I’m not going to read it, I was kind of like, ‘Ah, okay, I’m not really sure about this, but it’s okay.’ It took me a minute to get comfortable with it.”.

Doudrop added that having his own theme song and seeing younger fans respond positively is what made it all fall into place. Noted that he’s very happy with the character now and thinks fans will feel the same way in a few months.

“I saw the children dancing. We do this with Doudrop, and watching them do that, I thought, I really get it now. I understand who Doudrop is and who he’s supposed to be, and I feel super comfortable with that and I’m super happy. I know a lot of people still resist the name change, But just give me a couple months and you’ll say, ‘I love Doudrop’. »

Doudrop revealed that he only had three weeks notice before he had to move from the UK to the United States to begin his adventure in the main cast. Prior to that, she had a meeting with Vince McMahon and the thirty-year-old wrestler remembered when Vince laughed when he offered the perfect explanation of a wrestler’s job. Added that Vince promised Doudrop that they would have a lot of fun with his new character on Raw.

“I met him the first day I came to Raw and I was super scared because obviously I have been a fan of wrestling for most of my life. He was super cool, he just said, ‘Welcome to Raw, I’m glad you could come over, we’ll have so much fun with your character.’ I was like, ‘Oh well, I like to have fun, I consider myself a professional wrestler,’ and he was laughing and clapping. “

So it was a really great experience! He is always very happy with me when I return and he seems to love it when I annihilate people, So I’ll keep doing it! “