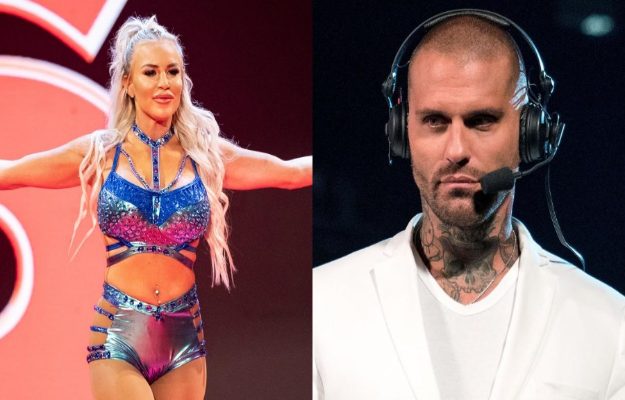 One of the segments that seems to have consequences for the women’s division was the moment in which the fighter Shayna Baszler faced the fighter Dana Brooke. In a team with Mandy Rose they played several matches in search of the tag team championships.

The problem came when they did not win any of the opportunities and had to be a time out of television until they found a better role for Mandy and Dana Brooke as cannon fodder for Shayna Baszler’s new push within the women’s division.

During the combat of the two women, Corey Graves made some serious statements towards the fighter in which he spoke that when a person is not able to meet the minimum, everything must end. Also saying verbatim that Dana has no potential in the ring, something that clashes with company policy.

So what was up with Corey Graves burying Dana Brooke last night? pic.twitter.com/BhZ6qSv8OE

It is not normal for a commentator to leave the script, it may be the true opinion of Corey Graves and that for example it is Vince’s strategy to tighten the rope with the fighter and be able to force an exit since it seems that they do not have her. Several wrestlers have confirmed that Dana has been working hard for the last few weeks in search of new opportunities.

Given this fact, the fighter has decided to launch a response although without saying to whom it is addressed, one can think of Corey Graves’ message. This is what the fighter said:

“#FACTS YOU CANNOT entertain everything regardless of whether it is INDIRECT or DIRECT !! Let people do what they do best. TALK!! You act like you’re going to die because someone said something about you. IT’S NOT THAT DEEP !! You can’t stop and throw rocks at every barking movement. ONCE you entertain a clown, you become one. “