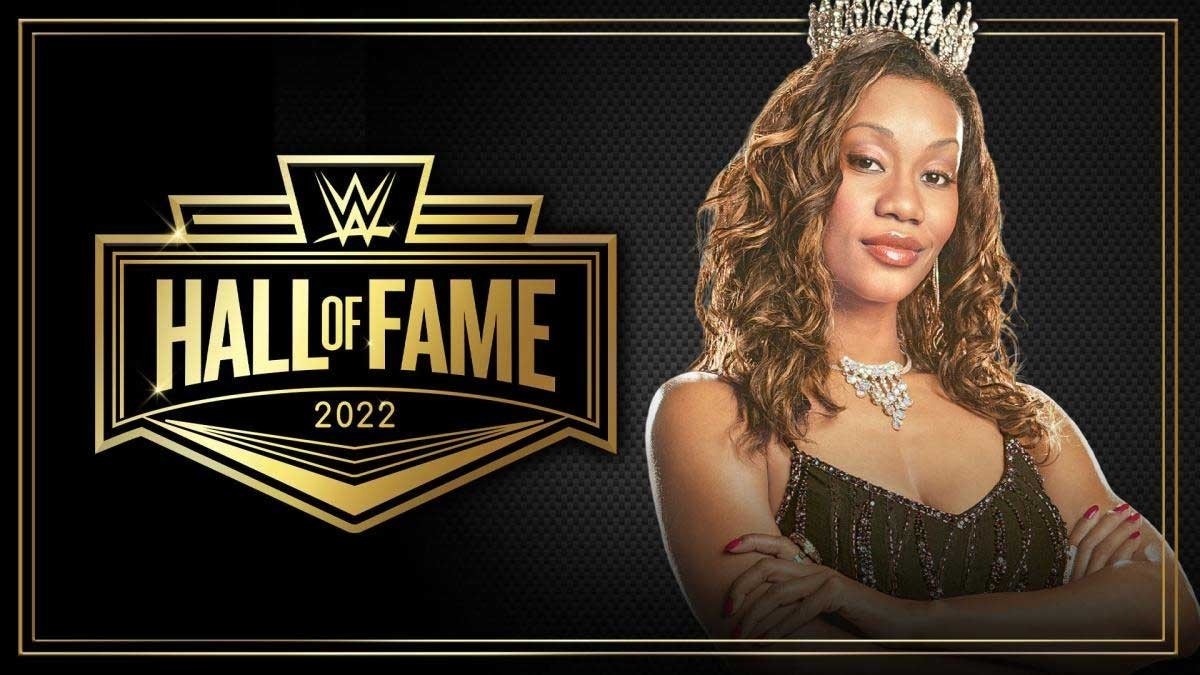 WWE confirmed a few hours ago Sharmell nomination in the WWE Hall of Fame 2022. The company announced in a press release that Sharmell will be presented as a new member of the select group on April 1 at the ceremony that will take place at the American Airlines Center in Dallas, Texas.

During the broadcast of last episode of Monday Night Rawit was confirmed that Booker T will be in charge of introducing Sharmell to the WWE Hall of Fame. Booker T is Sharmell’s husband in real life. In his WWE stage, Booker T achieved great fame with his character “King Booker” after becoming the winner of the King of The Ring tournament. Automatically, Sharmell became “queen sharmell” and both shared a lot of time together on television.

Sharmell came to prominence in the wrestling world with WCW, first under the ring name Storm before redefining himself as Paisley. She was one of the Nitro Girls and soon became a competitor, although she also accompanied other female competitors to the ring. After being signed by WWE and training at Ohio Valley Wrestling in 2001, Sharmell redefined herself as Sister Sharmell. However, her most prominent on-screen role came as Queen Sharmell, accompanying her husband Booker T after he became WWE King of the Ring in 2006.

Booker T will induct Sharmell into the WWE Hall of Fame