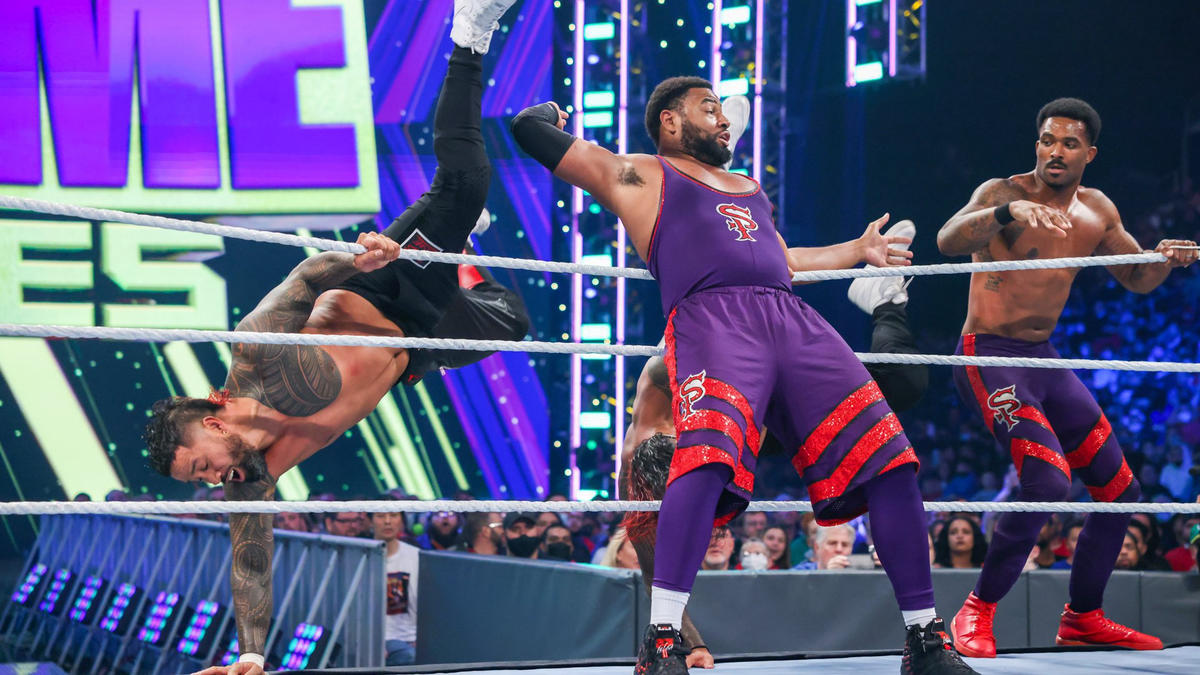 If we have learned anything from Vince McMahon’s company, it is that everything is not what it seems. When the company offers a monthly event it is because it has the ability to create stories that provoke emotion and uncertainty. Thing that could not be seen last night. Analyzing the preview, there was not much to comment except controversies that occurred outside the ring, because in an event where there were 6 SmackDown fights and 2 Raw, it implies that the company is very strongly committed to a brand.

If everyone has followed our page in recent weeks they will have noticed how the WWE does the draft, that lottery in which Several fighters are played at random which company they can go to or if instead they stay where they are, the fights announced for Arabia are added. Roman had already announced the fight against Lesnar, which hurt the rivalry with Balor.

Not only that, the fact of having the draft was betting on the right place for each fighter. Rivalries could be closed but also left some in the air. An event in which he did not have many expectations but that he could fulfill if we talk about wrestling together with entertainment.

I do not like to give prominence to people especially for the comments that they can comment within each of their profiles because You have to respect all kinds of opinions as long as they don’t denigrate another person. The fact is that at the end of the narration I received dozens of messages as to whether the event had been something garrafal, boring, pathetic… ..

On the one hand the people who had not liked anything and others to whom the construction of the billboard, the continuation of each rivalry and The results had made them leave happy and with an attitude of having seen a good wrestling show, why that is what the event has raised. 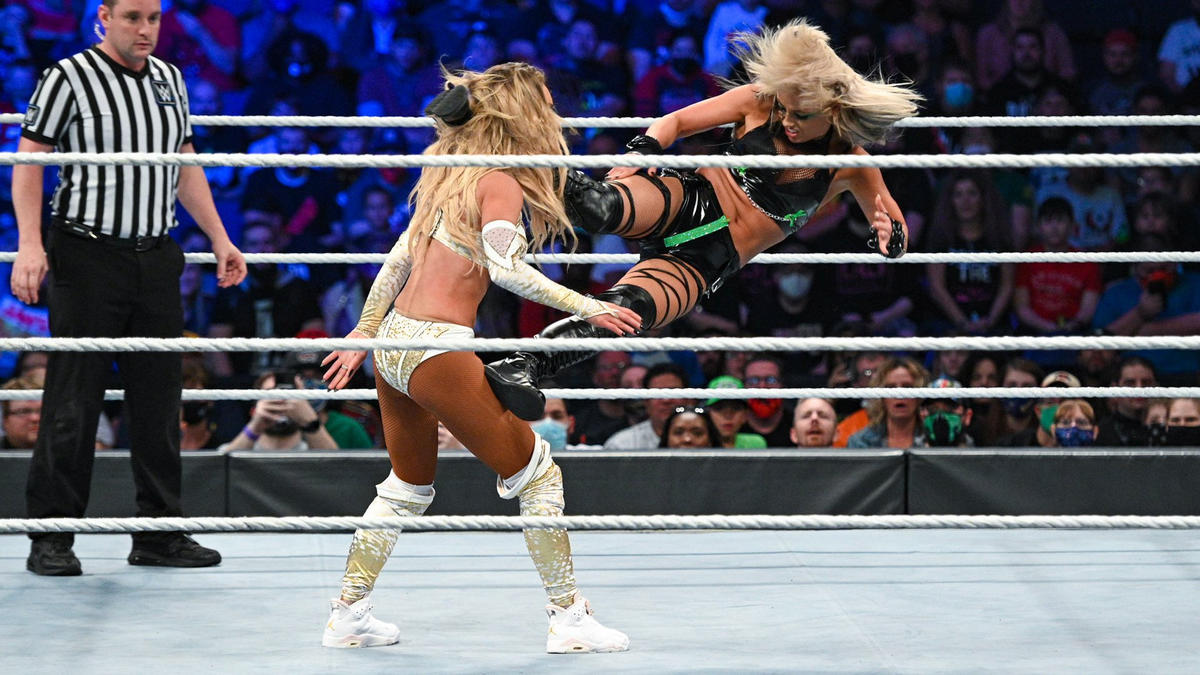 The only bad thing about the event is not putting stipulations of an extreme combat having that event and doing it live with all the newspaper library that can be found on the WWE Network itself. Not only this, the show has elicited opposing opinions which means that people have been able to captivate them.

Fighting at home, the negative point that I give to the company is not even presenting it as a local fighter while in Ohio, at home. At least AEW has seen a favorable treatment towards its people in the case of Britt Baker in Pittsburgh. Not only that, since the fighter is from the same place where you celebrate the event, more reason to announce it and create more expectation. Despite not being named that way, people did not forget their countrywoman. 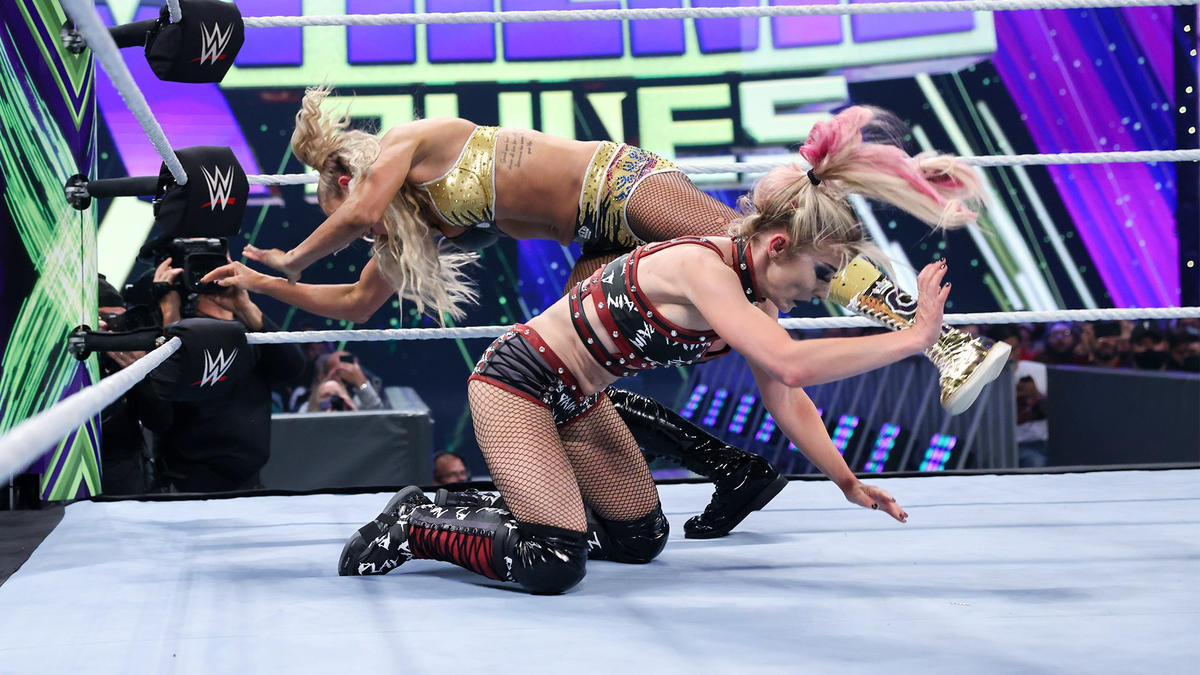 The most extreme moment of the whole event was when Charlotte took a doll named Lily that had tormented Doudrop, Shayna Baszler, Reginald, Nia Jax, Eva Marie…. it was broken to pieces by the champion. Magic disappeared when it was more necessary than ever to avoid the situation. The end of this gimmick from Charlotte’s last challenger that had a small foam pad failure seems obvious. 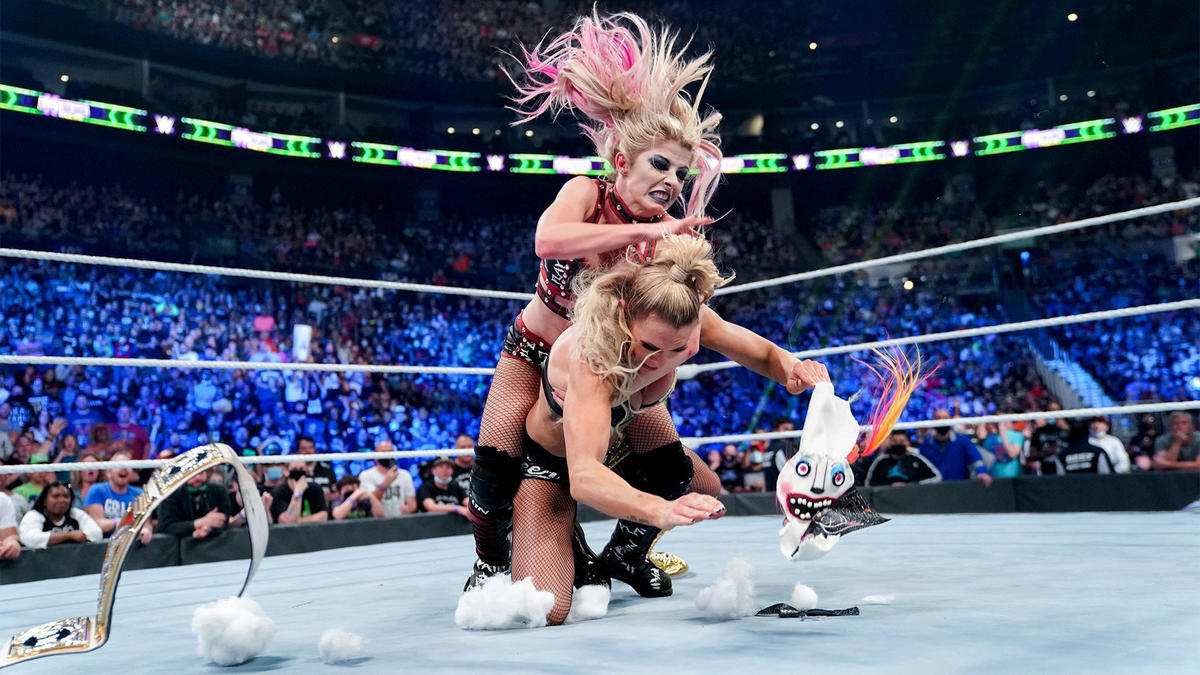 If this is the most extreme of the whole event, you have to put your hands to your head and analyze what the event offered. Alexa’s path to the blue mark is clearer than ever now that she can no longer search for new targets within the red mark. 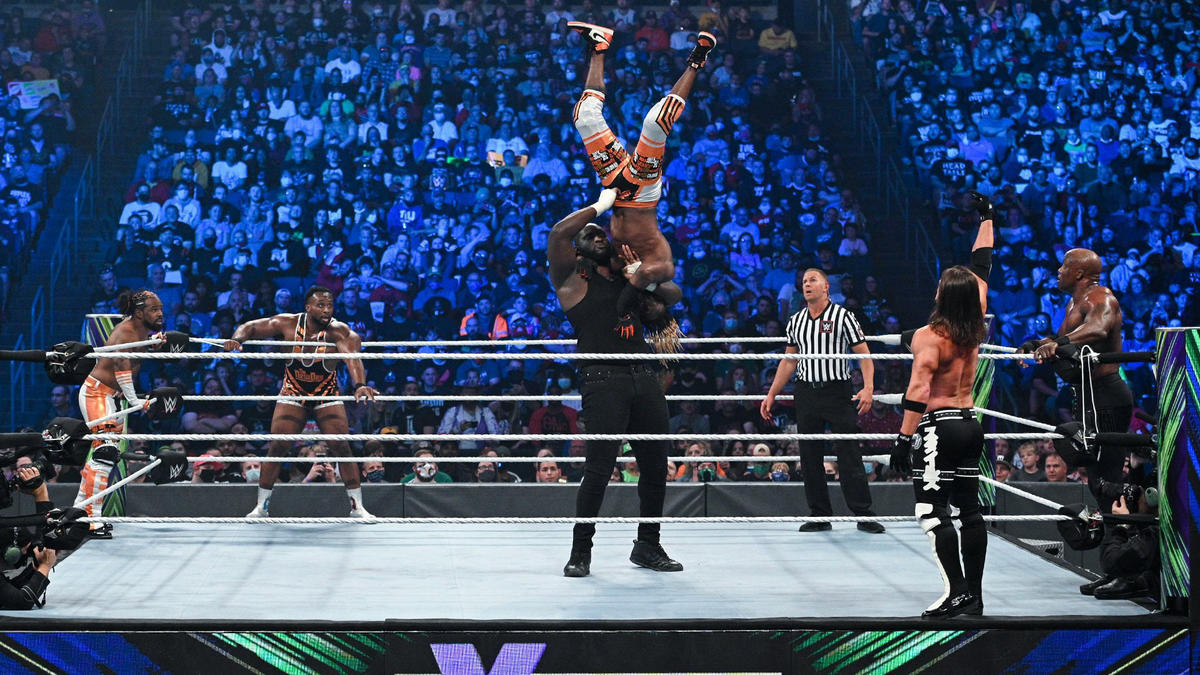 Good appearance of the Raw champion to have a fight against his old teammates. Now more than ever it is clear that Big E is going straight to the red mark to have a Kofimania 2.0 and who knows if it ends up again with Lesnar slitting the champion’s throat. An Australian relay match that perfectly matched a championship defense in a triple threat against Bobby Lashley and AJ. At the end of the Australian relay fight as an opener that warmed up the people so that they would prepare to see what was left. 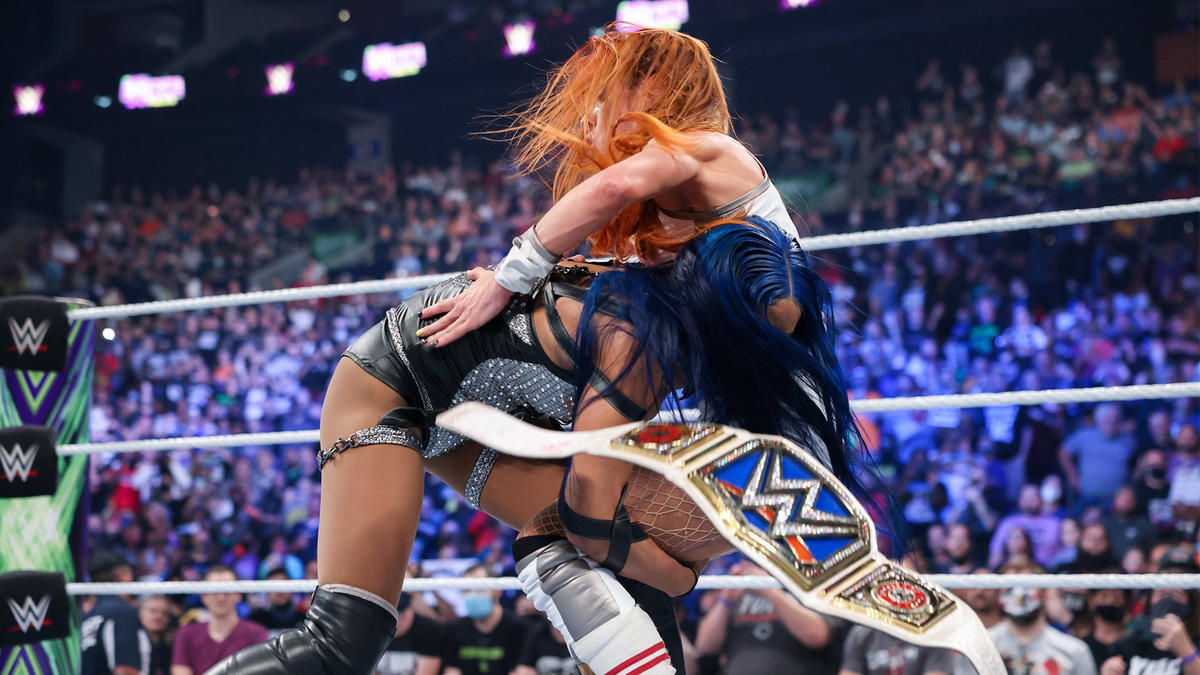 Sasha was another benchmark that no one thought could be used in the event by first attacking Bianca and then attacking the champion. They are two of the four horsemen that repeatedly they are stellar in the division when probably Bianca could have carried a story to beat Charlotte and Becky who are the only ones left for the champion to prove to be the face of the division. 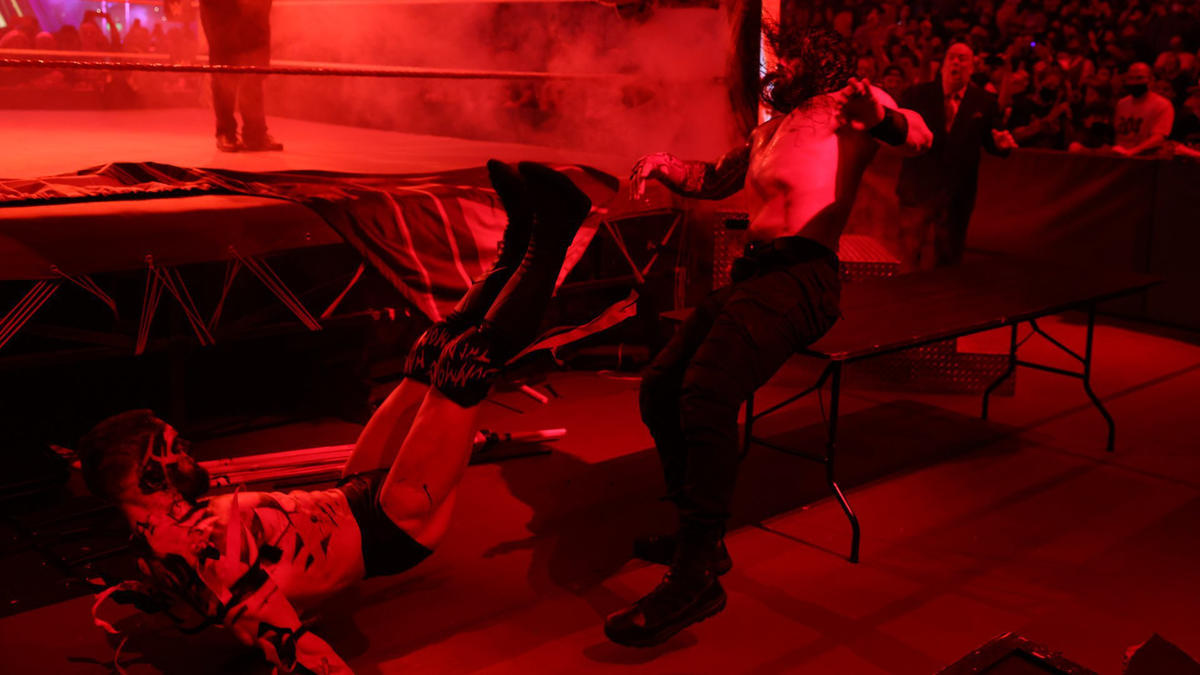 When you want the most overweight character of Balor to have his first defeat, you have to look for a slightly more thoughtful and mysterious way since at the moment that the demon was red hot and his music sounded, everything became leaving an ending that nobody understood. The rope collapsed leaving the entire audience in shock. Thanks to Balor not getting injured but finishing like that was anticlimactic as you can’t hurt the credibility of the fighter. 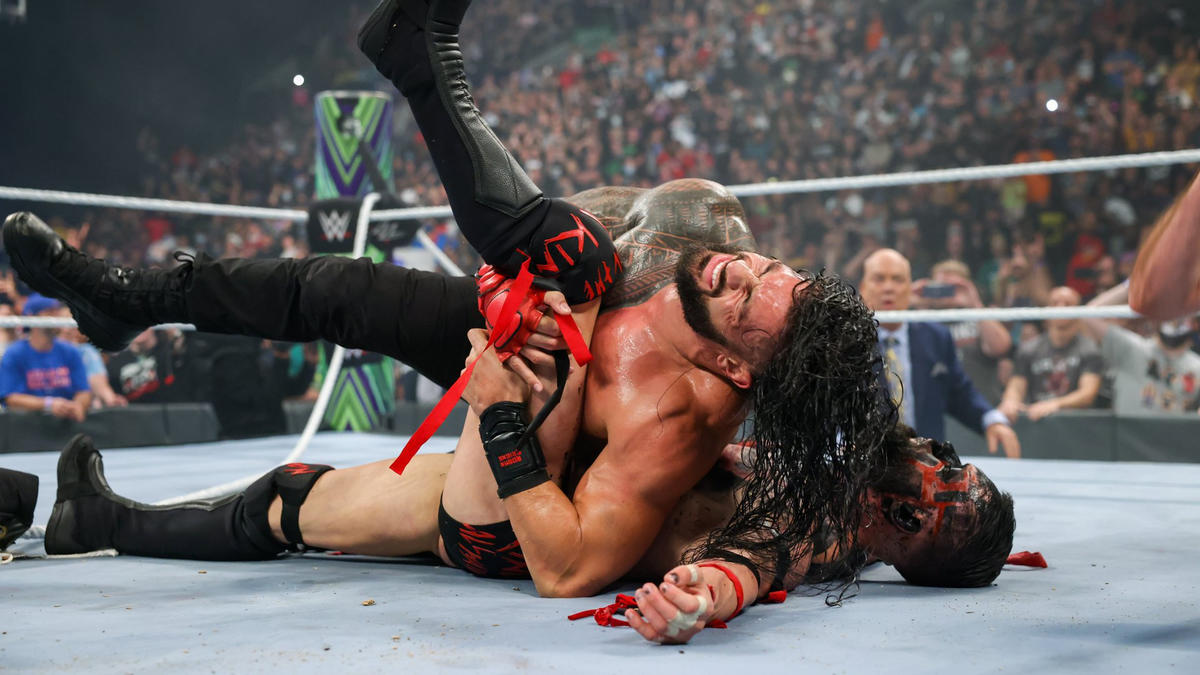 From one moment to another, everything became normal with the red light disappearing and Balor not knowing where he was, as awakened from a reality that swallowed a spear that continues to leave the Roman dog undefeated, tribal chief Roman Reigns with 392 days as universal champion.