WWE Triple Crown Champion Alexa Blisswas participating in an interview with The Bump about his impressions a month after his return in Monday Night RAW.

On the most recent episode of WWE’s Red Brand, the talented star Alexa Bliss got her fourth consecutive victory after defeating Doudrop. In the previous episode she had managed to beat Nikki ASH and in the two previous shows had wins over former General Manager, Sonya Deville. With all this, ‘Lexi’ assured that she feels lucky and would like her success to deserve a starting opportunity:

«I am very lucky to win four consecutive fights. If I can win, I love to do it, and if not, I’m going to learn from it. So, obviously I’ve been RAW Women’s Champion and SmackDown Women’s Champion in the past, and I hope these wins lead to something like that. 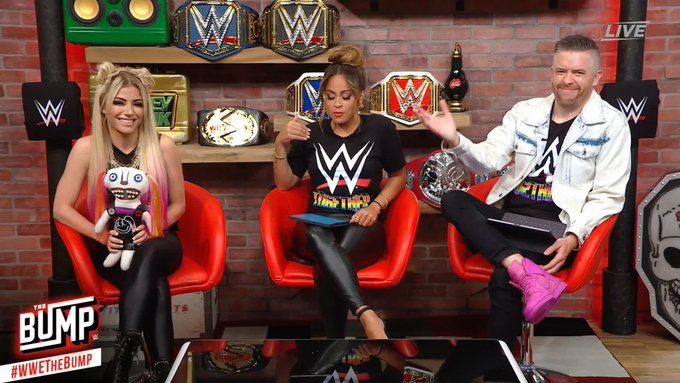 While the Women’s Champion of the Brand, Bianca Belair, will have to defend her Medal in the next PPV, Hell in a Cell, in a triple threat against Becky Lynch and Asuka, Alexa referred to other matters such as what happened between her and Sonya Devillewell ‘Lexi’ was the first opponent of the former WWE Official after being removed from her position a few seconds after the bell marked the start of the fight. About her, Bliss said the following:

“I’ve seen her use her power, a little bit of abuse of power, I would say, to put herself in certain directions. And sometimes it takes someone to go out carrying a doll and humiliate someone once in a while.”

The latter refers to the first contest what they had, then Alexa Bliss got the victory in a few seconds: