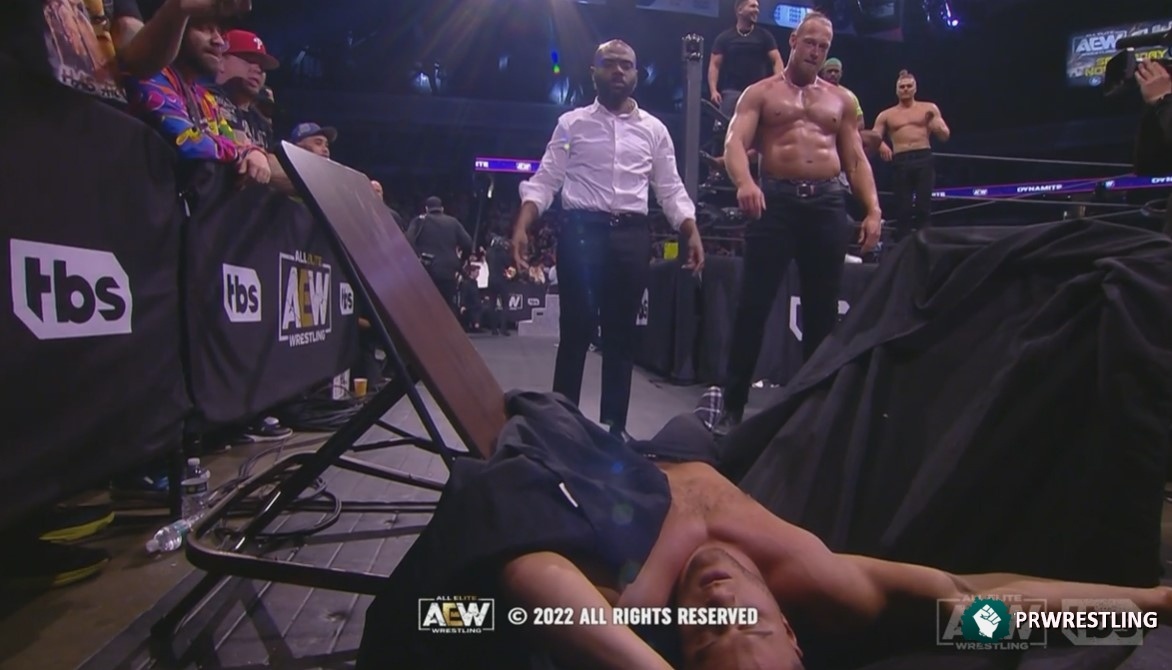 
Behind the scenes, Renee Paquette is with Bryan Danielson. Wheeler Yuta interrupted and said that he is not a child, he is a grown man, as they started to push, but Claudio separated them.

There was a pack of video highlights of The Elite in AEW with them disappearing after every take.

After the match, Gunn Club attacked FTR and The Acclaimed made the save.

Renee Paquette is with Sarayas until Britt Baker interrupted and Renee had to stop the fight.

Renee Paquette is on the entrance ramp and introduces MJF to a standing ovation. MJF talks about Moxley and said that he was a little early saying that he would fight fair the entire title match, still is. Stokely Hathaway interrupted, but MJF took the microphone away from him and said The Firm must not lay a hand on Moxley before Full Gear, if they do Stokely is fired.


Behind the scenes, Renee Paquette is with Eddie Kingston who says he thinks Moxley is taking him tonight.

After the match, The Firm entered the ring. W. Morrissey, The Gunn’s, Ethan Page and Lee Moriarty attacked Moxley, while Stokely Hathaway walked to the ring. Alex Marvez is shown behind in the locker room at the Blackpool Combat Club, where they are locked up.

MJF goes out to the ring, he told Stokely that he was fired and The Firm also attacks him. Page hit an Ego’s Edge, while Morrissey hit a choke through the table, knocking MJF and Moxley down.