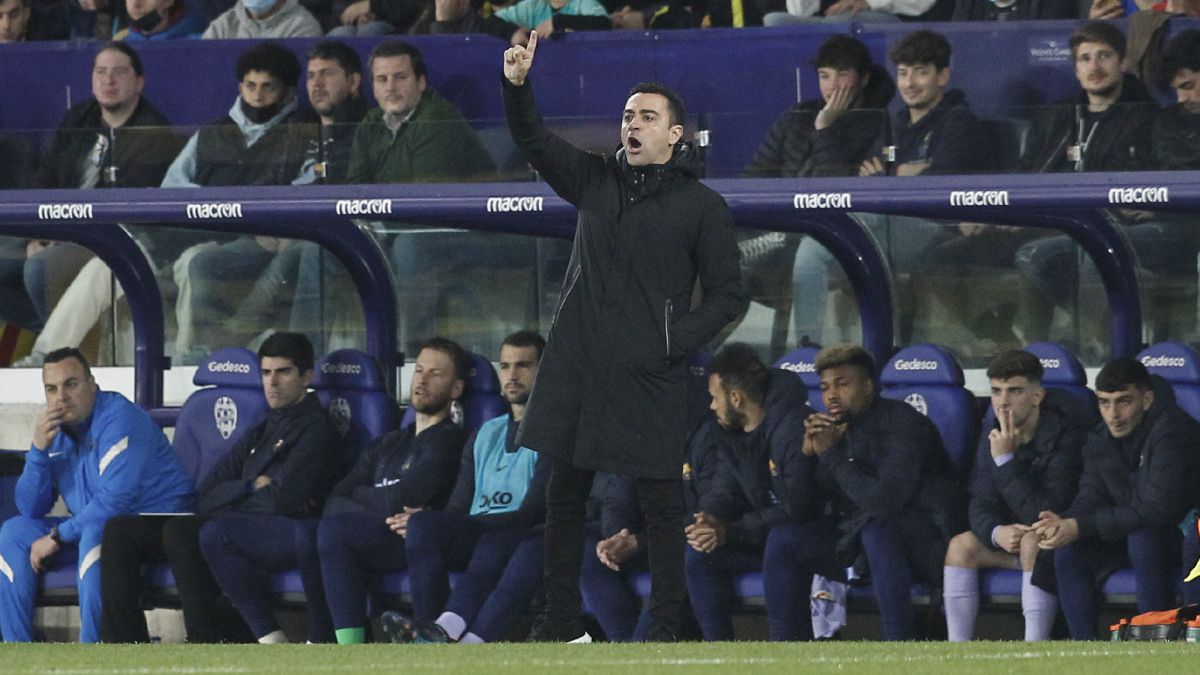 Why has the game been so out of control?

It’s complicated because they pushed up top, man to man. And we had to play combing the ball after Ter Stegen hits. In the second part we have been more neat. It is evidence that we have not played a great game but we have competed and we have had players who have made a difference like Ter Stegen and Luuk, who are great professionals. I think that at certain moments we have noticed some fatigue from Thursday.

What aftertaste does it leave you emotionally?

I am satisfied because we are competing well. In the end, it is a matter of winning mentality. And Luuk’s trick is tremendous. He wouldn’t say that he is a supporting actor. I am happy because he is an example for the people. That’s why we have these types of players. We are getting the games and we have to take advantage of it. Today is to enjoy.

How do you explain the three penalties, was it a lack of concentration?

I do not know. The second is the hands and the first, Dani’s…, they are situations that I have to see. From my position everything happens quickly. Yes, we have been given three penalties. Thats the reality.

But they have been raised.

Because we are prepared to compete. We have a winning mentality and, for me, the match made me uneasy because the match was difficult. It is a team that pushes you high… They are three gold points, vital for us.

Pedri and Gavi were key

But also Frenkie and Nico made the effort. This is the way to follow. You can’t always play football excellently. We have not understood when we recovered the ball. It’s hard to compete.

What did you say to the players at the break?

When you’re thick, you have to play easy. From my experience. And I told them that I had to put one more gear. In the second part we have been more neat. But we knew it would be difficult.

Xavi: “We have a winning mentality”