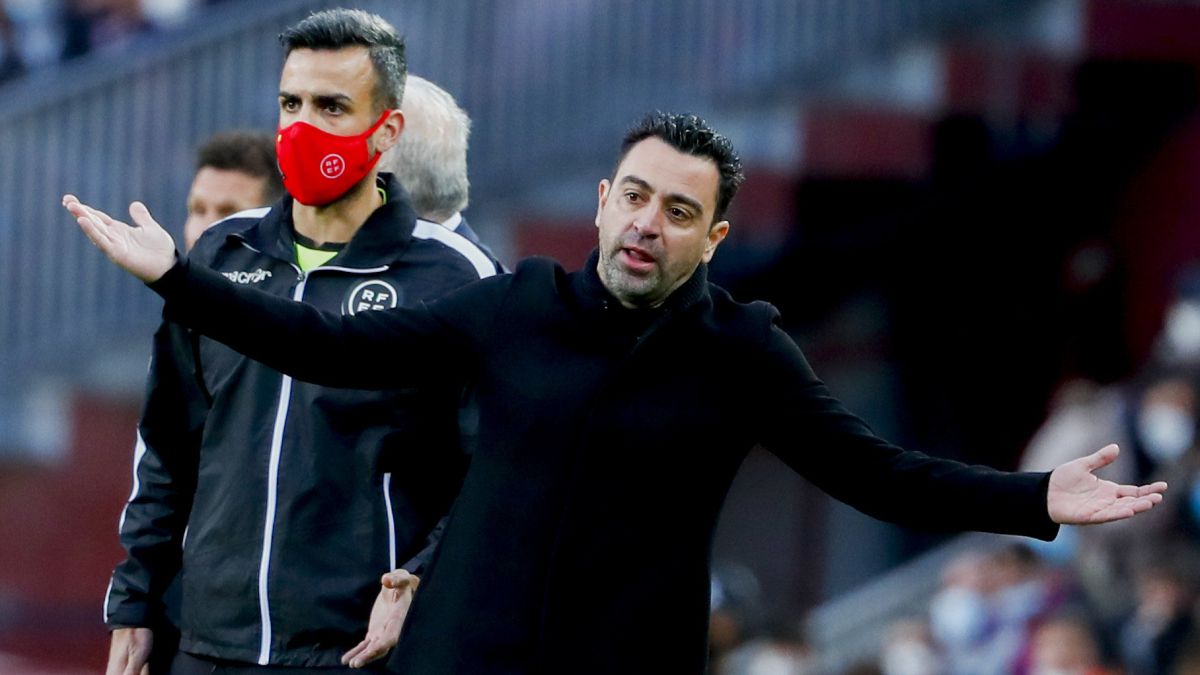 “A pigeon does not make a summer,” said Johan Cruyff in his priceless Castilian language, an eternal reference that must be reread every time something interesting, or at least striking, happens at Barça. Xavi has learned it, he was balanced in the press room after the victory against Atlético. “We can’t stick out our chests, we have to be humble”, warned before asking the team to chain three good results to earn credit. The objective is not to fall into the artificial euphoria that surrounded the team after the Classic of the Super Cup in Arabia. In the locker room they did not like anything that Joan Laporta broke in with a triumphant speech in which he announced the return of a team that, deep down, had done nothing but fall in the semifinal of a minor tournament in which they had played a good second half, but in which they had been lost for many minutes after 1 -0 against Madrid and that he was tremendously innocent in the 2-3 action that turned the match on Madrid’s side. “I was sorry that it was said that we were proud; it should not be like that,” De Jong pulled his president’s ears. The story, misleading and misunderstood, ended with the outrage in the Cup in San Mamés.

This time, Laporta, who during the weeks has reflected on that instinctive act that especially surprised him, that he cannot stand defeat, and that he even announced that “losing has consequences”, did not go down to the locker room. The video recorded by the club’s official television focused on Xavi congratulating his players. Costume win. This time yes, the good game had been accompanied by the result, which is what gives the reason in football. Barça gained footballing credibility against Atlético and Xavi, as on the bench during the match, was fine in the press room. “It would be good for us to win three games in a row,” he announced. The coach was also delighted to win the battle of intensity. To win games, you have to be better on both sides of the pitch.

Clinging to that slogan that is so fashionable now (“never too high, never too low”), Xavi wanted to keep himself balanced. “We were not a disaster in Vitoria, nor was this the best game in the club’s history,” he insisted. He was released, happy to have more players to choose from, satisfied for having chosen the tactical weapons of the game well (Alves as a false midfielder, Gavi as a hidden left winger). But above all, hungry. The road is long and, after the warning from Bilbao, nobody wants triumphalist speeches. Xavi stuck his chest in and stopped the party. “A pigeon does not make a summer.”

Xavi for the party