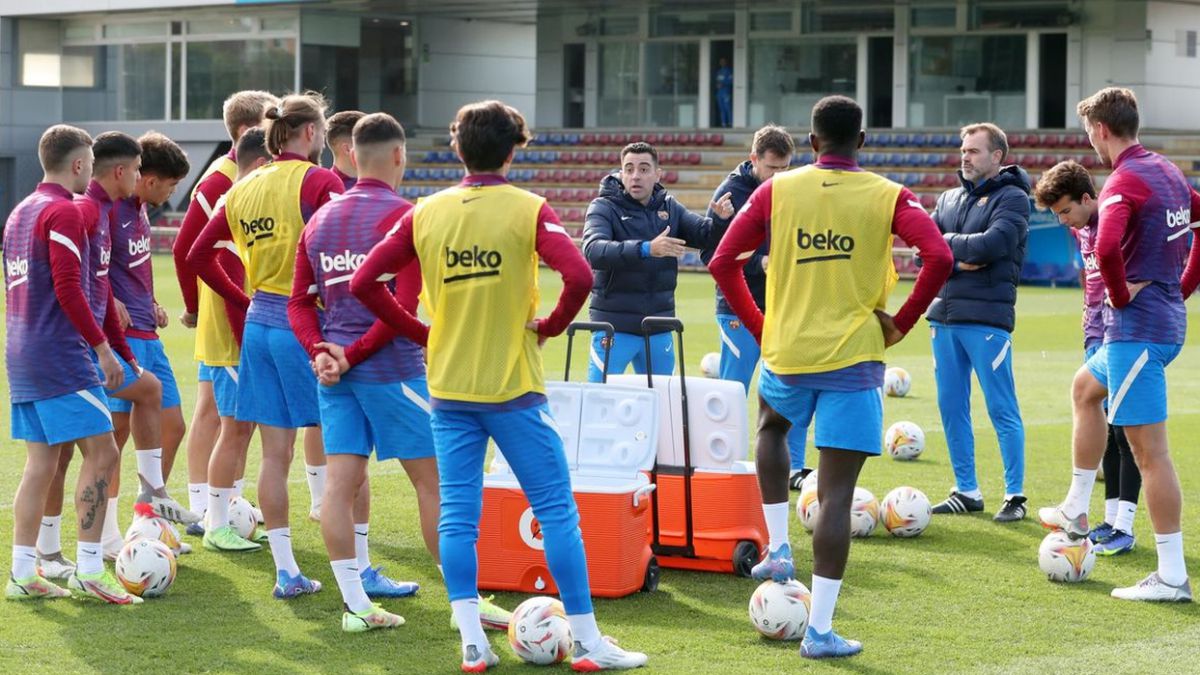 Abde, Gavi, Nico, Ferran Jutglà … Until a few months ago, these players were completely unknown to the average viewer. and, today, they are fundamental in a whole Barcelona. But there’s a problem. None of them have a first-team record, which translates into a risk that Xavi wants, but should not take. The regulations indicate that there must always be seven players from the first team on the pitch. In the event that, due to any circumstance, only six remain, the rival could claim for improper alignment and the offending club would suffer a defeat by three goals to nil and a financial fine.

Until today, the rule had not been questioned or debated, since its application was due to very specific situations that were not at all common. But for this Barça, the rule is a limitation. Last Saturday, in the victory against Elche, Xavi lined up three of the ‘B’: Jutglà, Abde and Gavi. He could even have put a fourth, but with an obvious risk: an expulsion was directly a defeat. It’s more, the Blaugrana coach has stated openly that his intention was to start four (or more) of the subsidiary and that it had to be Carles Naval who warned him of the consequences that this could entail.

Thus has explained Xavi, at a press conference prior to the game against Sevilla, what the regulation is limiting in its decisions: “Of course there is risk in putting four of the subsidiary. It happened to me the other day. I was going to play with four from the reserve team and Carles Naval warned me that if there was an expulsion of a player with a first team card we would lose the game. I think it’s a pretty stupid rule. If we are for the good of grassroots football, that rule should be clearer because the progression of the footballer is covered. We value that there are players with a current affiliate file who become the first team. “

The protagonists of risk

Barcelona planned the season with a variable eleven, but with enough players not to have to use the quarry in such a way. Physical problems, the poor form of some men and the emergence of major talents such as Gavi or Nico have changed everything. To make matters worse, Agüero has had to retire, Dembélé continues with his traditional string of injuries, Ansu Fati continues in the dry dock, Depay and Braithwaite are also in the infirmary … Such a plague has caused calls full of players from the subsidiary and completely unexpected titles such as those of Abde or Jutglà himself.

The day of this weekend left a bench with Guillem Jaime, Balde, Nico himself or Álvaro Sanz. Indeed, in each movement of Xavi mathematics comes into play. To admit Nico, he seated Jutglà. The reason? Beyond sports, if he retired a man from the first team, he was left with a balance of 7-4 and an expulsion would make him lose automatically all three points. Later, at the edge of the end, Abde left to admit Balde, also without a record. Again, the same case. If he had sat, for example, Dembélé, an expulsion would have been fatal.

Xavi has informed the media that his intention was to put four team players in the eleven. If he already lined up Abde, Jutglà and Gavi, it is understood that the fourth in contention was Nico, surely changing the scheme of three centrals or even sending Frenkie de Jong to the bench. There is a reason for concern in the technician. Neither Braithwaite, nor Depay, nor Ansu, nor Pedri, nor Sergi Roberto, nor Dest are going to return for now. In other words: the problem will repeat itself and you will not be able to put all four of them without taking a disproportionate risk given the qualifying circumstances in which Barcelona finds itself.

The regulation is clear: minimum seven of the first team. Xavi’s thinking is also frank: he wants to have four of the subsidiary in the eleven, given your circumstances. And in the balance, of course, prudence prevails. In the meantime, open a debate. Is the norm a limitation for the clubs? Does it go against the progression of the quarry? Sentence made from the Blaugrana perspective: “It is quite stupid. If we are for the good of grassroots football … The player’s progression is covered.”

As reported by Javier Miguel, AS correspondent in Barcelona, Barcelona is studying the formula of making Gavi and Nico a first-team record. In this way, Xavi would count on them as two more players and would not have to use a calculator when making their line-ups and making substitutions. That will imply a renewal of their contracts, a rise in salaries and the release of other tokens.

To this day, changing to Agüero for Dani Alves, Barça has two free chips, but the intention of signing at least two players in the winter market. There is talk of Cavani and Ferran Torres, although rumors have explored more possibilities. In the event that two arrive, for Gavi and Nico to enter, two more players would have to be released. Luuk de Jong or Yusuf Demir are well positioned to leave Barcelona in winter.

Comment: do you think Xavi is right? Should it be possible to play with more homegrown players?

Xavi collides with the regulation