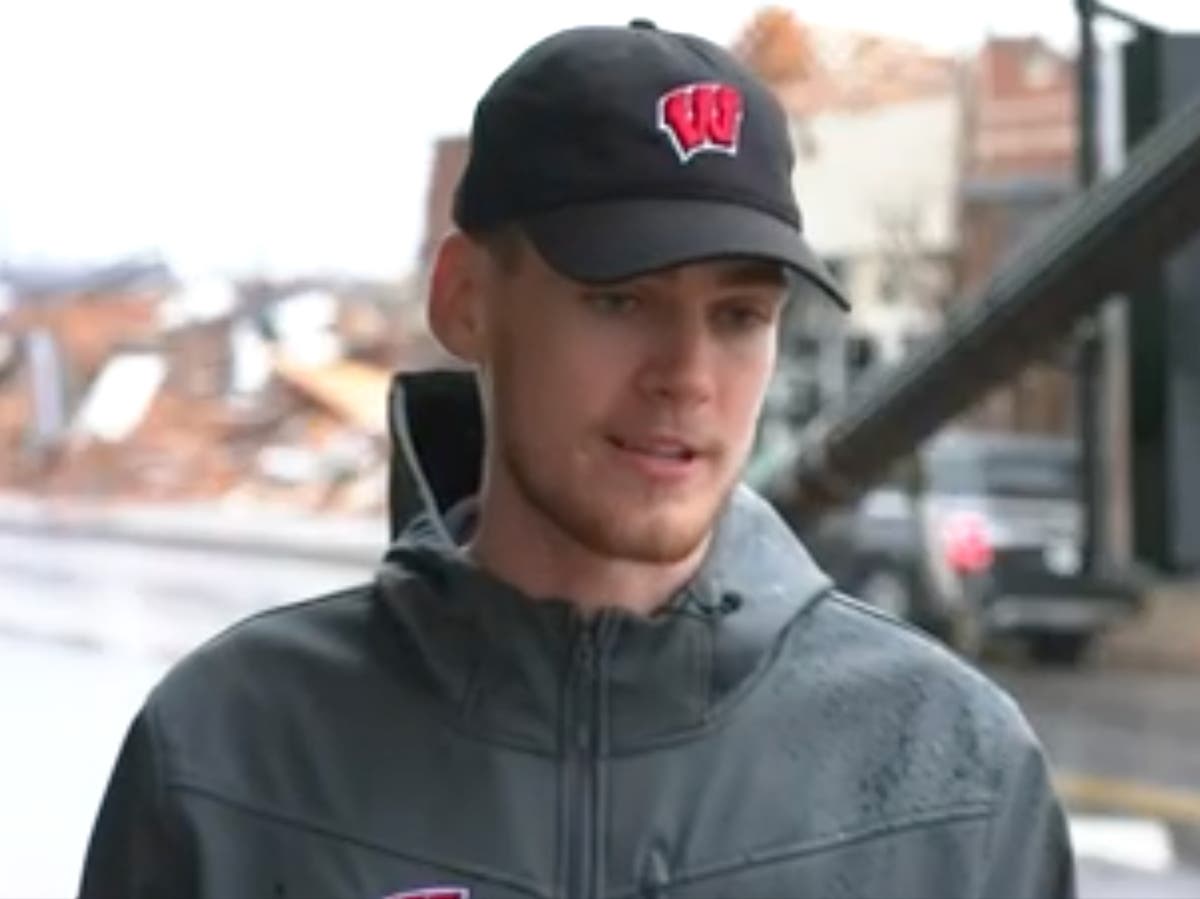 Basketball player Wisconsin Chris Vogt raised over US $ 170,000 (£ 128,000) for his hometown in the state of Kentucky after it was struck down by an outbreak of tornadoes mortals last week.

Vogt, who was born in Mayfield, said he launched a collection of funds on the GoFundMe website for tornado victims right after their hometown was struck.

The city, about 100 miles northwest of Nashville, was one of the most affected and many buildings were destroyed or seriously damaged.

About 13 people died in the area, Kentucky Gov. Andy Beshear said last week. At least 76 deaths were reported in Kentucky.

“I was stunned,” Vogt told CNN Sports. “It’s hard. I mean, this is my childhood. This is where I grew up … Nobody expects something like this to happen to their hometown. “

The Wisconsin Badgers player said many of his longtime friends still live in the city, which has a population of about 10,000. Many friends texted him asking if his parents were safe.

Vogt told the Milwaukee Sentinel Journal that family members were able to flee Mayfield the night before the storms hit.

The basketball player said he was inspired by JJ Watt, a Wisconsin soccer player who raised funds for the Houston area in the wake of Hurricane Harvey in 2017 during his time in the NFL with the Houston Texans.

“Although obviously I don’t have the same platform as him, but if I can do something at a fraction of the scale of what he did, it would be amazing,” explained Vogt.

The money raised will be donated to the Red Cross and emergency resource offices in Graves County and Mayfield High School, CNN reported.

“It’s one thing to raise money and try to help that way, but to actually be here and help, shake people’s hands, see people I haven’t seen in a long time, it just feels like I’m able to help a little more. ”He told CNN.

“There is a great sense of community here. They all support each other ”.

The Wisconsin Badgers compete at the Division I level of the National Collegiate Athletics Association (NCAA) for the University of Wisconsin.

Basketball player raises $ 170,000 for his Kentucky hometown after tornadoes