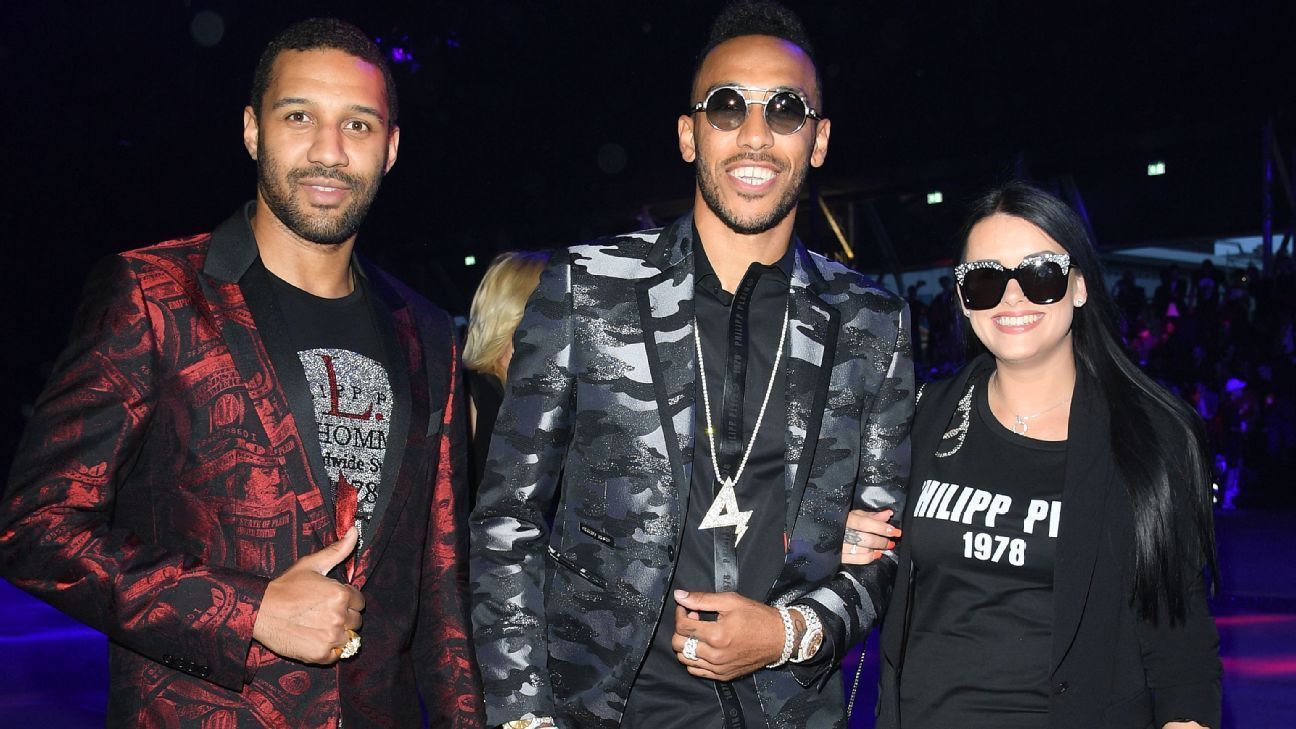 Aubameyang is a character on and off the court, he knows some of your most exotic tastes.

Barcelona received a thrashing from Eintracht Frankfurt for the second leg of the quarterfinals of the Europe League and striker Aubameyang, who has already scored 10 goals in just 14 games with the Blaugrana, did not appear this time.

Known for his goalscoring instinct, the Barcelona attacker is also famous for his extravagant style of dress, with flashy shirts and jackets, extravagant caps and sunglasses.

The former partner of Auba in LilleFrance, former striker Tulio de Melohe joked when remembering some of the Gabonese’s garments.

“Aubameyang has a very peculiar style of dressing and hair: the brighter the better (laughs),” he joked in an interview with ESPN.

“When he came to the locker room, we had to put on sunglasses (laughs). He liked to combine everything, from the car, to shoes and clothes. Sometimes, he would come to training in a fluorescent green car! A very cheerful style and We used to joke with him a lot about that,” he recalled.

Another Brazilian who played with the current Barcelona holder is the left back Emerson Conceicaoex of Athletic-MGwho also shared a dressing room with the African in the Lille.

in conversation with ESPNConceição recalled the unique style of Auba.

“He was quite a character! He wore a lot of brightly colored things from head to toe. He had a hat, a jacket, glasses, he came to the locker room with style. We even had to wear sunglasses because of so much brightness,” he laughed.

“He joked that in Europe everyone liked to dress well, and I said: ‘Tell me the name of the store where you bought these clothes so I would never buy’ (laughs). Everyone on the team called Auba ‘Shiny’, was his nickname. We had a very good relationship,” she said.

Emerson even recalled a funny anecdote with the Gabonese.

“One day we had a very funny thing with him. Everyone came early from training and hid, we kept quiet and left the locker room empty, there was only the players’ clothes. Then he came and found no one and asked: ‘Where are the boys?’ He started running and asked the security guards, and nothing.

“When he came back to the locker room, we were all sitting and laughing at him. Auba asked: ‘Where were they? I walked and didn’t see anyone!’ and we said, ‘No, no, we’ve been here a long time, you’re late.’ Then he had to pay a fine,” he joked.

“He was all ashamed, because his biggest fear was being late. The fine was a joke, it was a meal in a restaurant. But even the coach made fun of him: ‘Yes, Auba, you were the only one who was never late, what disappointment’, and he replied: ‘Sorry professor, something happened,” he added.

In addition to stylish clothes, Aubameyang is also a fan of sports and luxury cars.

While I was still playing with the Arsenalhe was often seen driving Ferraris and Lamborghinis, some of them customized with holographic paint.

After agreeing to his transfer to the Barcelona, the striker was soon making arrangements to take their cars to Spain. Even before getting a house!

“I already have my cars here (in Barcelona). Now I just need a house, so that my family can come here. It is very easy to adapt with the group we have here,” he said. Auba to the reporter ESPN’s Andre Linares.

“We had sunglasses when he arrived in the dressing room”: the Barcelona star is the king of style, loves fashion and flashy cars