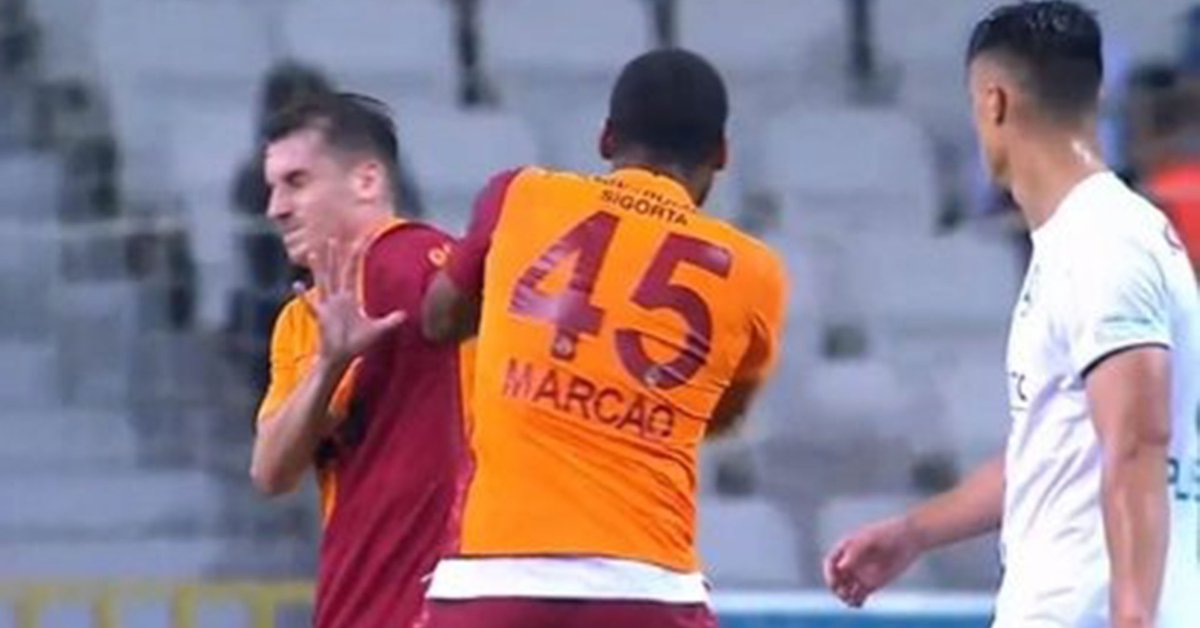 It can happen that two players of the same team argue within a court. But what is striking is that one hits the other. That was the image that stole attention on the first date of the Turkish Super League, where the Brazilian Marcao Teixeira attacked his partner, the local Kerem Akturkoglu. For his reaction, the South American was expelled and despite this his team, the Galatasaray, he was able to win in his debut 2-0 on his visit to Giresunspor.

It was 60 minutes after the match that it was played in the Çotanak Stadyumu Stadium from the city of Giresun, when Akturkoglu spoke to Marcao, saying something that did not sit well with the Brazilian defender who approached the Turkish striker. After rebuking him, he threw a head butt and not satisfied with that, he threw a blow that the referee could only warn at the request of the VAR.

Some opposing players were privileged witnesses and demanded his expulsion. The images were eloquent and the judge took the red Marcao from him, while his teammates tried to reassure him, including the Uruguayan goalkeeper Fernando Muslera placeholder image. The Brazilian left very angry and even wanted to give his explanations.

In Galatasaray he also plays Radamel Falcao Garcia, who entered with ten minutes to go. The Colombian could not score and the goals of the match were scored by Senegalese Mbaye Diagne and Romanian Alexandru Cicaldau (from a penalty kick), both in the first half.

After the header, Marcao’s fist blows came to the Turkish striker

The incident stopped the game for five minutes and before the restart, the Galatasaray coach, Fatih terim, decided to remove Akturkoglu who was replaced by the steering wheel Emre Kılınç. Later the DT declared: “The incident was not pleasant at all. We will protect young Akturkoglu and act in our own way with Marcao. “

The Istanbul team reached this start of the domestic competition after beating St. Johnstone in the playoffs to enter the Europa League and after losing the possibility of playing the Champions League.

Marcao, 25, arrived in the Turkish capital in 2019, paying four million euros to Chaves de Portugal for his pass. This Monday is his third expulsion in 107 games with the club.

The defender emerged from Avaí FC and he was loaned to four clubs, including Rio Ave FC from Portugal, the country where he played for two seasons. It will be necessary to see what will be the sanction he receives for his misconduct.

His team was one of eight in the Turkish Super League that started winning in a contest in which 20 teams participate.

Surprise in Europe: Lionel Messi and Cristiano Ronaldo could play together at PSG
The four mansions Lionel Messi could move to: the requirements that his new home in France must meet
Lionel Messi’s show in PSG training: dribbles, two goals and applause