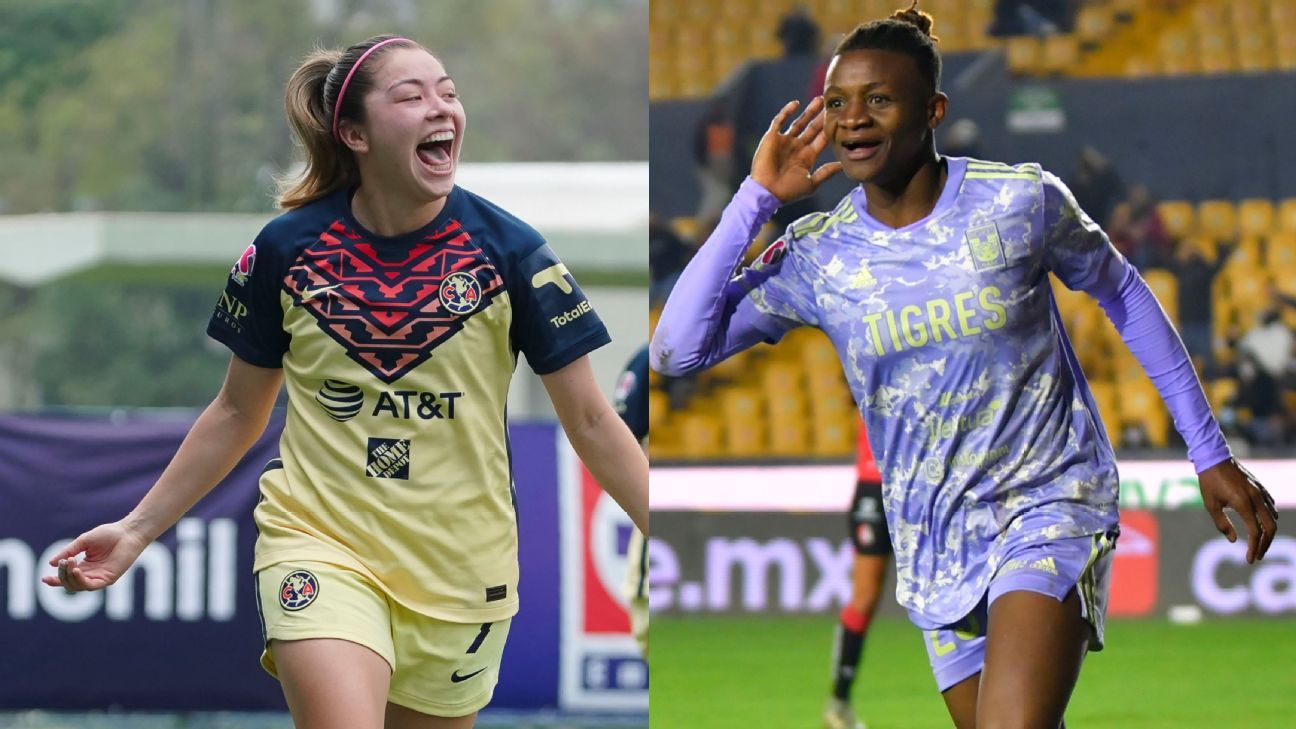 the market of signings of the Women’s MX League surprised at this Closure 2022, some teams like America Y tigers They gave the blow of authority after signing referents of the Mexican tournament. Others like Atlético de San Luis, Mazatlán and Tijuana opted for new talents who have been revelations in just six days of the competition. ESPN presents you the top ten one of the best transfers in women’s football in Mexico.

Tigres took advantage of the place left vacant by Brazilian Stefany Ferrer to sign Uchenna Kanu, the first African player in the Women’s MX League. Uchena has become one of the most dangerous weapons of the female Tigres during the four games she has had with the university jersey. The player from Nigeria has scored four goals with the feline shirt, placing her among the best scorers in this Closure 2022.

Katty Martínez was the first player who came to reinforce the azulcremas for this Closure 2022. Martinez was transferred to America as part of the negotiations that the Águilas y Tigres board carried out for Sebastián Córdova. The number 9 of the azulcrema team debuted with a goal against Pumas on Matchday Two, and on this date six, she scored a hundred goals in her career in the Women’s First Division.

Another of the forwards with which America was reinforced for this season was Alison González, one of the top scorers that the Women’s MX League in the last year. Alison arrived in Coapa as the highest youth benchmark in Mexican football worldwide, due to being in first place in the FIFA IFFHS ranking in 2021.

Scarlett joined the bomb signings of America for this championship. The Mexican-American came from the NWSL of the United States, a League where she scored thirteen goals. Although he debuted on Day One of the Closure 2022, scored his first goal in the Clasico Joven Femenil against Cruz Azul.

After the departure of Katty Martínez, Mía Fishel came to reinforce the Tigres Femenil forward, the American arrived on royal soil, with the banner of being one of the promises of the U23 United States National Team. In 2020 she was named by Concacaf as the Golden Ball of the contest. In this Matchday Six, Fishel scored his first two goals.

The Mexican-American striker was announced in recent days as a new reinforcement for Atlas. Plancarte arrives at the team from Guadalajara to strengthen the offensive of the red and black after the loss of Alison González. Sulma was nominated on different occasions within the ideal eleven of the NWSL of the United States.

The defense found its second wind in Cruz Azul, after having little activity with Chivas, a team with which he lived most of his career. Morales came to Cruz Azul with the aim of being one of the women with experience and leadership within Roberto Pérez’s team.

Despite the fact that Atlético de San Luis was reinforced with some players from the University League, who had not had experience in the professional First Division, Karen Cano, defense of Las Potosinas, has been one of the revelations of the contest. During the matches against FC Juárez, América and Cruz Azul, Cano showed his good actions preventing some dangerous plays towards the Las Tunas goal.

The Mexican-American striker came to reinforce Mazatlan’s offense for this championship with the experience of being a member of teams such as the LA Galaxy of the NWSL and some of the Second Division of Spain. Although she has had few minutes of play, she already made her debut as a scorer for Mazatlán on matchday five against Atlético de San Luis.

After passing through America, Lozada arrived at Cruz Azul to strengthen the cement defense. Ana has become one of Roberto Pérez’s starting pieces, playing every minute of this championship.

Top Ten of the best signings in the Liga MX Femenil