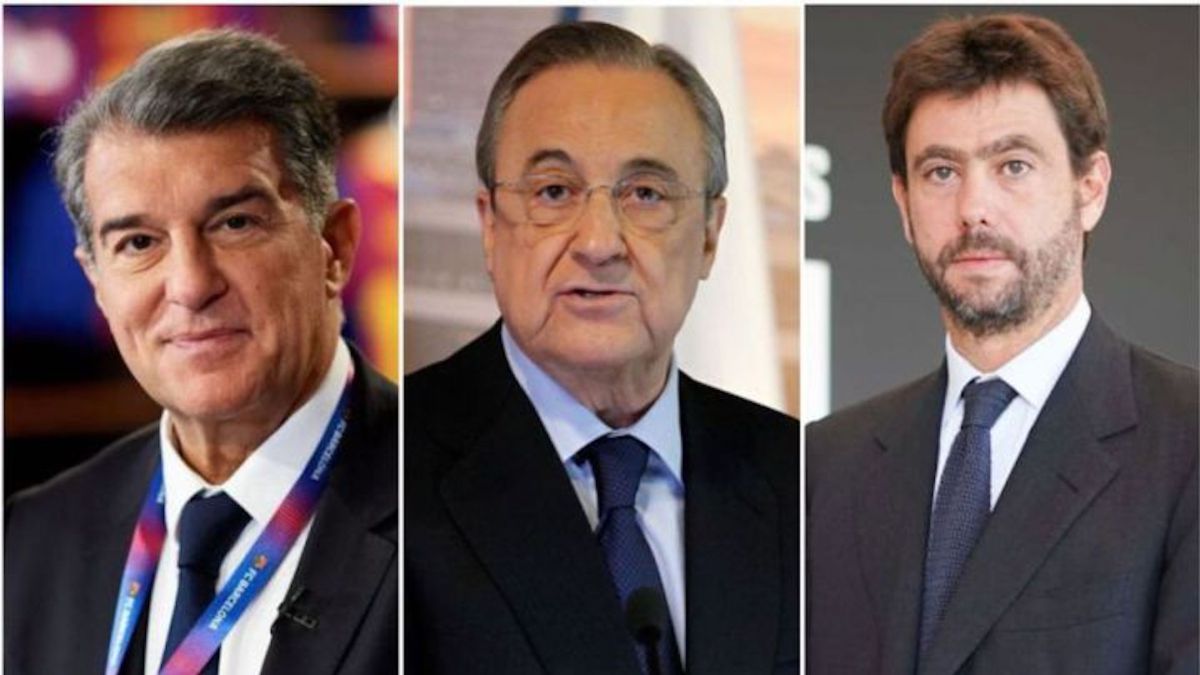 The three promoter clubs of the European Super League (ESL), Real Madrid, Barcelona and Juventus, will relaunch their project this week with an important modification compared to the original proposal, according to ‘The Telegraph’. The aforementioned English newspaper assures that the new version will remove the condition of being a closed competition.

Juventus president Andrea Agnelli will speak on Thursday at a sports industry summit where he is expected to lay out the new Super League proposals.which will eliminate the status of permanent members and replace it with the traditional classification through the national leagues.

Although Uefa considers the Europa Super League to be dead, and the six original English clubs have withdrawn and accepted fines from the Premier League for their brief presence in the initial draft, ESL is still alive in the plans of Real Madrid, Barcelona and Juventus.

The three clubs state that they will encourage the creation of competitive clubs in cities that currently do not have, “For example, Dublin or Luxembourg (and their inhabitants) will finally have the right to access top-flight club football.”

The Super League will criticize the quality of football in current UEFA competitions, including its Champions League; will describe UEFA’s financial fair play regulations as a failure; and the unfair advantage of state-owned clubs. ESL will also target Paris Saint-Germain president Nasser Al-Khelaifi, president of Qatari Sports Investmentswhich has seen its prestige rise in football following the purge of club executives from major organisations.

In a document the three promoters of ESL say: “UEFA has close links with certain non-member state club owners who are commercial sponsors of certain competitions and teams.are the main buyers of media rights for UEFA-operated competitions and sit on UEFA’s executive committee, while chairing the European Club Association without any transparent election process.”

‘The Telegraph’: a modification to relaunch the Super League