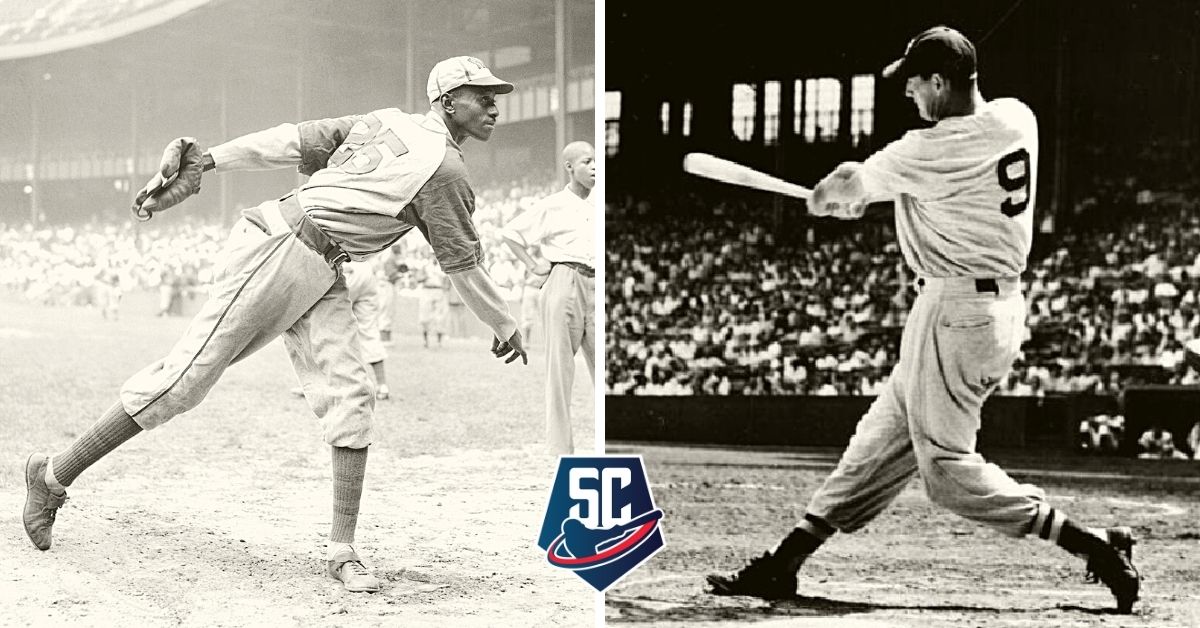 By 1951, the legendary Ted Williams had led the league in on base percentage (OBP) and slugging percentage (SLG). Of course, this was normal for him, since he managed to dominate these two offensive lines nine times in his career.

During that campaign there was a game in which the Red Sox were up by three runs in the eighth against the ST. Louis Browns, with one out and Williams in the batter’s box. For the rival team, the pitcher was the star Satchel Paige, who was already 44 years old. The lanky and thin pitcher had already seen his best moments pass, with countless deliveries and games thrown during his career (Negro Leagues and MLB, especially in the former).

It was no secret to anyone ted williams He idolized Paige, something he corroborated 15 years later when the Boston slugger dedicated a portion of his Hall of Fame speech to Negro Leaguers wishing for the inclusion of those great players of color, among them, he would name Paige.

Coming back into the match, Paige got two strikes off Williams, but that wasn’t saying much, there’s never been a better hitter than Ted Williams for a two-strike count, so Ted was ready to hit whatever the veteran legend threw at him.

It may interest you: 4 Latino players lead the youth in MLB

Satchel dropped a fastball and inside to Ted, it was strike three. Williams lost his temper and slammed his bat into the railing that led from the dugout to the clubhouse. He then he threw it against the rack where the bats were. But Ted’s euphoria didn’t stop there, he picked up the bat again and slammed it hard against the floor of the dugout. All the while, Satchel Paige, from the mound, watched and laughed out loud. “I’ve never seen anything like this in the big leagues,” Paige said. Some journalists were eager to interview Williams, butooooo… Who would dare?

That bat used by Ted Williams belongs today to the Baseball Hall of Fame and is signed (also dated) by both players (Ted and Satchel). Logically, the bat has a broken handle and at least a couple of dents, due to the frustration Williams suffered hitting it several times.

The Hall of Fame doesn’t normally care that much about autographed items. They have always preferred objects as they were used in the game, say a stained bat, a broken ball, the dirty jersey that a player wore, helmets, gloves or others. They say the museum’s main goal is to tell the history of baseball, to keep each item intact, as it was used, so autographs don’t enhance the story. But there are always some exceptions, like in this case, because those autographs say a lot. They tell you that after Ted Williams struck out on a fast delivery of SatchelPaige and lose his head, he recognized that his reaction had not been the best and valued Paige’s quality, approaching him and asking him to autograph the bat.

A moment of humility and recognition like this, coming from arguably the greatest hitter in history, is not one to let go unnoticed. Both Williams and Paige are two of the greatest baseball exponents of all time.

Baseball lovers should know this anecdote between two of the greatest