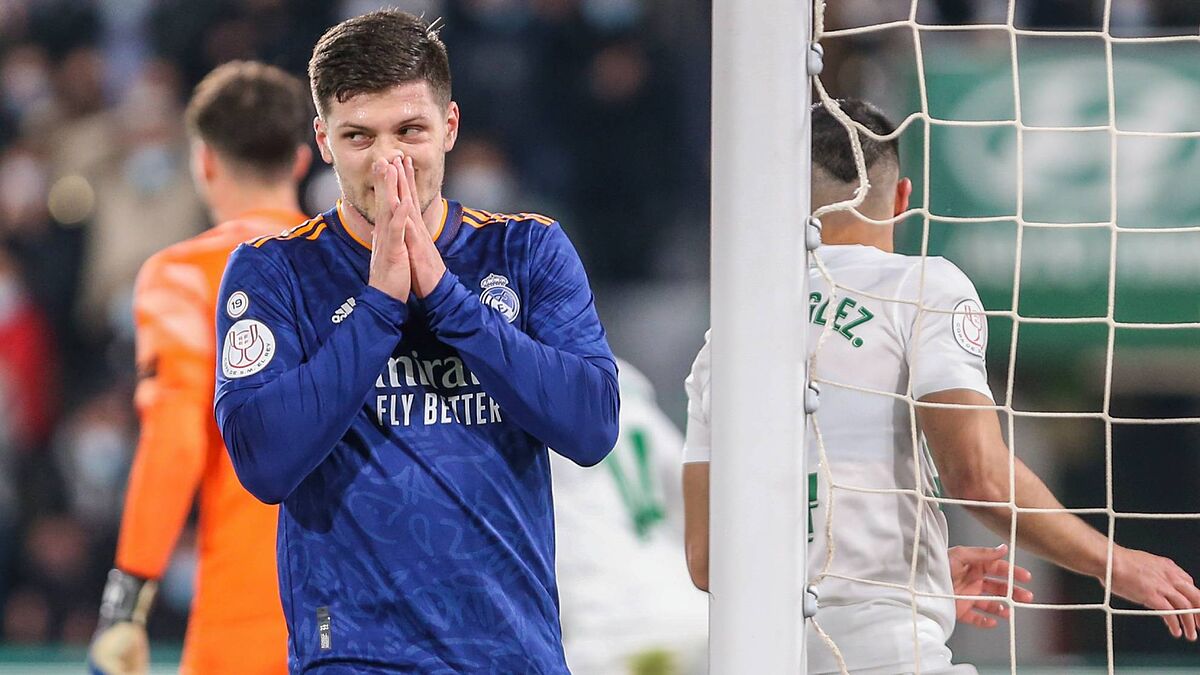 Lto Karim Benzema injury has stopped dead any movement of Luka Jović in this winter market. It is not because of the importance of the mishap suffered before the elche, which does not seem to go beyond a contracture, is for what may happen in the coming weeks, with everything at stake and with the alarms raised by the two warnings received by the French striker in recent weeks. The third nine of the squad, Mariano, is also injured and his days in the infirmary have accumulated since the beginning of the season.

The Serb did leave on loan a year ago, returning to Eintracht Frankfurt, team in which after a brilliant start, scoring in the first two games, ended up achieving four goals in 18 games, far from the numbers that led him to sign for Real Madrid after a request from Zinedine Zidane.

Benzema’s physical moment has generated some doubts and although his preparation and dedication is beyond doubt, Real Madrid knows the importance of the Frenchman and, if necessary, a substitute who can come close to the performance of the top scorer in the Spanish LaLiga. And in this case, Luka Jovic is ahead of Mariano.

No news from Arsenal

On Tuesday morning the news broke that the Arsenal, a club with which Real Madrid maintains an excellent relationship, wanted to hire the striker immediately. to the offices of Valdebebas No proposal has come. The white leaders believe that this is not the time to think about Jovic’s departure.

The idea with the Serbian is to look for an offer that interests the striker and the white club. In the three seasons he has been at Real Madrid (the last one he left on loan in January) he has not gone beyond playing 47 games with three goals under his belt. The white club paid 63 million for his signing in 2019 and facing the summer intends to recover part of the investment.

Unlike other players in the squad led by Carlo Ancelotti, Jovic does not seem to want to cling to the contract as the only argument to continue at Real Madrid. If he doesn’t play, help find a team that will give him the minutes he doesn’t have in the game. Santiago Bernabu.

The Real Madrid closes the door to Jovic