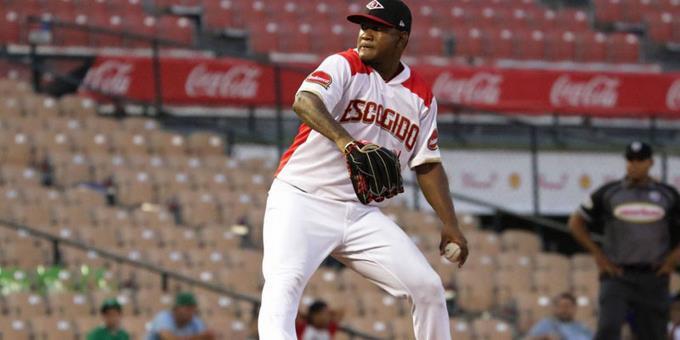 This victory was received with great joy by the fans of this franchise., which celebrated its second crown of the local tournament for hours, culminating in a caravan through the San Francisco de Macorís municipality, in the Duarte province (northeast of the Dominican Republic).

Between the celebrations several players took turns addressing their fans, including the left-handed pitcher Enny Romero, who belongs to the Lions of the Chosen at the local level, but was selected as a reinforcement by the Dominican baseball monarchs for the Round Robin.

Likewise, he was willing to pitch for the Giants in the Caribbean Series, contest that starts this Friday 28, day in which the Dominican team will face the representatives of Mexico, the Charros de Jalisco.

“Greetings San Francisco, today, Monday the 24th, I am celebrating my birthday, I dedicate this year to you, and the championship, and from now on I tell you that I am doing everything possible to launch in the Caribbean Series, one more with you,” he said.

Romero currently belongs to the roster of the Chiba Lotte Marines of the Japanese Professional Baseball League (NPB), the squad with which he pitched in the 2021 season, reaching an ERA of 1.54 in 23.1 innings pitched.

With the Giants he participated in three games in the “All Against All”, in which he allowed six earned runs in eleven innings, thus accumulating an ERA of 4.91.

But nevertheless, in the Final Series he had a better performance, winning the only game he pitched, in which he allowed only one return in five innings.

Enny Romero: “If the Chosen One trades me for the Giants, I’m from San Francisco”