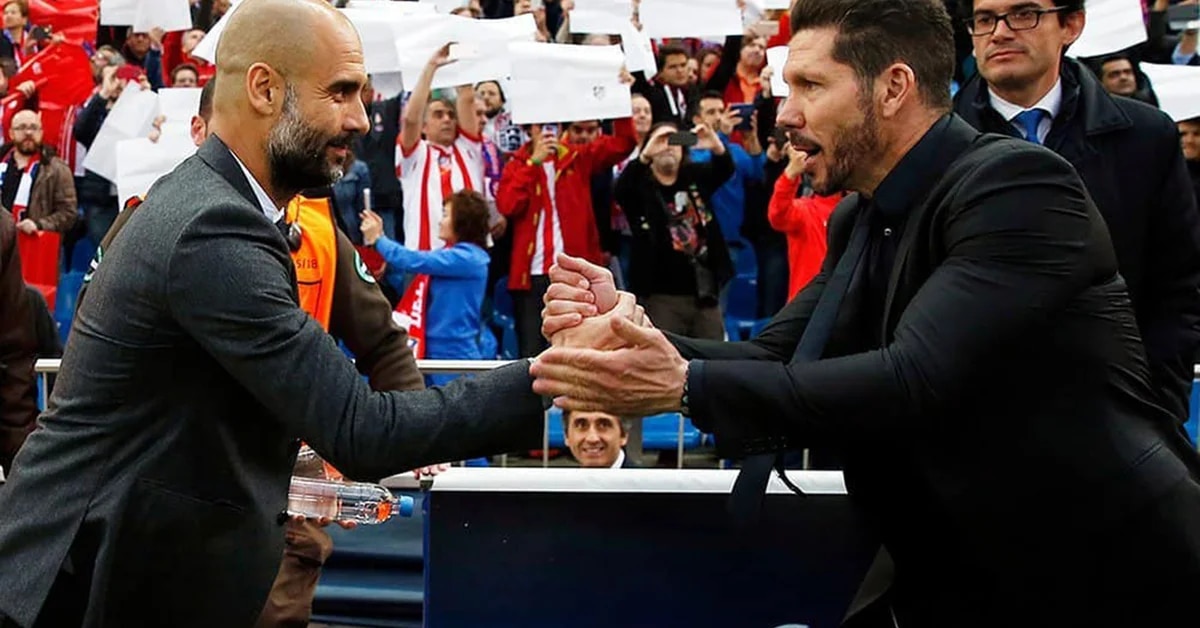 The end of the year was accompanied by different analyzes related to the performance of both athletes and coaches. After the ranking of the 100 best footballers from 2021 who delivered the newspaper The Guardian it was time to meet the list of the 50 most outstanding technical directors of the planet.

The english magazine FourFourTwo unveiled his selection with five Argentines among the best and two of them included in the Top Ten led by Josep Guardiola and completed by Thomas Tuchel and Jürgen Klopp. The last names? Diego Simeone (7th), Mauricio Pochettino (10th), Marcelo Bielsa (18th), Lionel Scaloni (21st) and Marcelo Gallardo (34th).

Simeone, in command of Atlético Madrid since the end of 2011, obtained the best position among the representatives albicelestes with 7th place behind Antonio Conte, Hans-Dieter Flick and Robert Mancini. “The only man capable of defeating Real Madrid and Barcelona but without the resources of either of them. Every season it seems that this could be the one where Diego Simeone runs out of gas. Simeone is indestructible, for sure. The Cholo pound the numbers; he knows how many goals to keep out and how many to score to stay ahead of the game, and his team was fantastic last year while others have failed ”, they highlighted in the argument of their selection.

The ranking to be signed by journalist Mark White accompanied by his colleagues Conor Pope and Ed McCambridge also has Mauricio Pochettino in 10th position: “PSG is a different kind of beast, they play a laid-back kind of football that is nothing like the rest of Europe and certainly nothing like Pochettino. However, they remain one of the favorites for the Champions League. And Pochettino continues to be a wanted man ”.

The next DT is the Mad, who earned 18th place for his work in Leeds: “Every season that Marcelo Bielsa remains in English football is an absolute gift. Some days, it seems like soccer belongs to him and he just shares it with the rest of us. He led Leeds to ninth place last season and despite his troubles this season, not many of them can be attributed to his door. It’s easy to forget where Leeds United were when Crazy He took the reins of this club and charged to the top. It has been nothing short of sublime to watch under the Argentine, refusing to compromise his ideals, playing without abandon with many of the players reinventing themselves individually.. His crowning glory may be promotion, really, but talk to those who watch his football – that’s Bielsa’s true legacy in England. ”

The title in the Copa América also allowed Scaloni to enter the great payroll. “Argentina won their first trophy since 1993 with this year’s Copa América victory, making Scaloni the first Argentine coach to win something with Lionel Messi on his team, which has to be worth something.”, justified its location on the 21st site.

Finally, the Doll Gallardo also had his deserved recognition in the British environment: “He is the undoubted rising star. Gallardo has developed a number of young players and is a master of game change “.

THE TOP TEN AND THE ARGENTINIANS

From the postcard in the neighborhood with its mural to the dazzled dance by Antonela Roccuzzo: this is how Lionel Messi spent Christmas
The ranking of the 100 best footballers in the world: Messi in second place and five other Argentines on the list
Lucas Alario and Agustina Albertario’s romantic horseback ride during their vacations
From Messi to Di María: the photo album of the Christmas celebrations of the stars of the Argentine national team

The ranking with the 50 best coaches in the world: two Argentines in the Top Ten and three more on the list