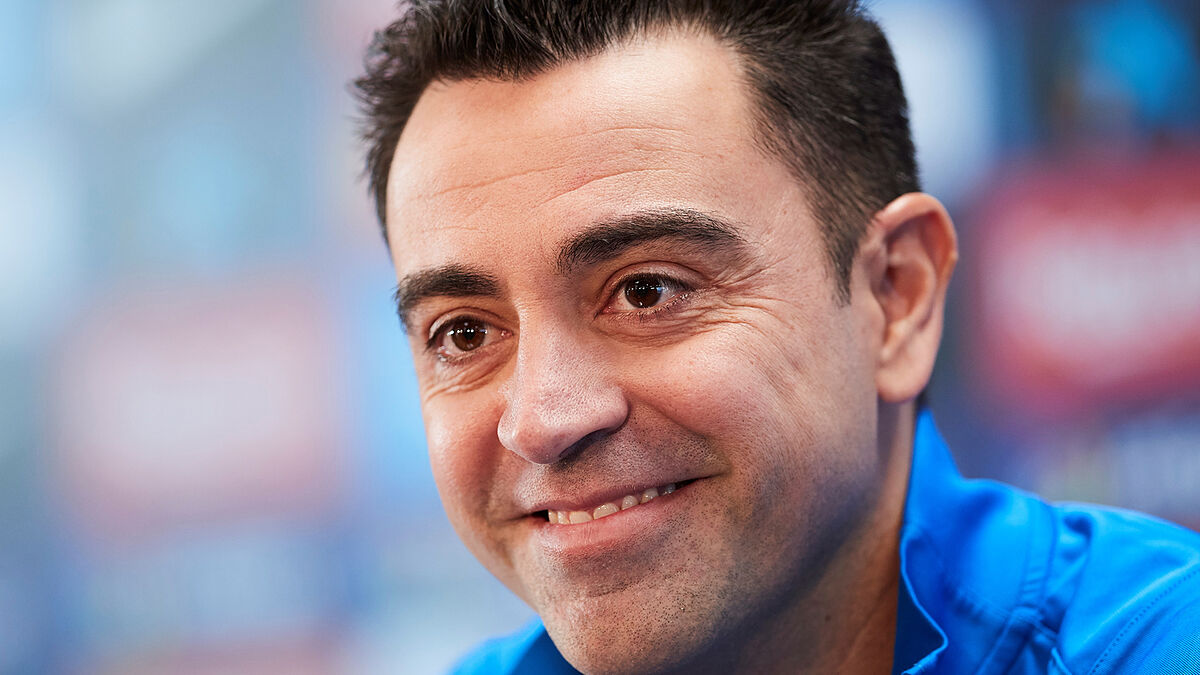 FRenkie de Jong and Xavi Hernndez speak to the media prior to the first leg of the Europa League round of 16 match between Barcelona and Galatasaray.

“Honestly, we don’t rule anything out. It’s very difficult, but there it is. Madrid is very strong. The others fail, but not Madrid.”

“He is in the final part of his injury. Let’s see if he can start training. Depending on his feelings, he will integrate. He has to be a transcendent footballer. The fact that we have important players will not take away his role. The more footballers good people have around him, the better for him.

“He has been very brave. He wanted to play and it seems very good to us. He is doing very well. He has a lot of capacity. The idea is for him to return to Bara and be part of the team”.

“It remains to be seen how he is doing in these months. At the moment, he is at a brutal level. How he helps the youngsters, the team. He is a captain without a bracelet. We will decide at the end of the year.”

“I can’t get involved in the relationship with Laporta. What I can say is that I respect him a lot. That for me he is a legend, that I admired him when I was little. That I had him as second coach. I can tell him that I am very grateful to him as which. He left the Netherlands to come to Bara and that is admirable. Also that he bet on young players when he was here”.

How do you convince players?

“It is explained to them how we play. That here they will touch 40 balls per game instead of 20. I try to convey that the city is wonderful, that it is a golden opportunity as a footballer and that the game model will make them better players”.

“You confirm that I’ve met Haaland. I didn’t know he’d seen me. It always seems like a good time to sign for Bara. It’s the best club in the world. There hasn’t been a footballer who has said no to Bara since he I am here”

“It’s a compact team, with interesting tactical issues. Good individuals, who can surprise. They can complicate us and we can make them suffer if we take the ball away from them”.

“We have made a big change and there are habits that are hard to change and time is needed. The team has improved a lot, but it can still grow more. We haven’t done anything, either. The objectives have not been achieved”.

“We all need them. That’s life, competition.”

“Tomorrow there will be changes because we have people who are tired and in pain. We have a wide range in the middle of the field and upstairs and we have to take advantage of it. Fresh people. If everyone works, the level doesn’t have to go down.”

The weight of favoritism

“I don’t see myself as one of the favourites. We don’t know the competition and we’ve never won it. The favorites are the ones who have won it before. Sevilla are more favourites. For sure. We haven’t done anything. We’re just in a positive dynamic “.

“It’s one of them. The other is the Champions League. And you can get there by winning the Europa League. But LaLiga is also objective. It’s the one that tells you how you are”.

“Domnech is a friend. A few months ago he was watching on Al-Sadd how we were working together. It is a game model very similar to ours. Galatasaray’s classification by history and by players is not understood. He needs time and he is a very good friend “.

Renewals of Gavi and Araujo

“They are two very important footballers. Present and future. I know that the club is working very well with its agents. They are two priority renewals. It is good for the club, but also for the players, who are comfortable at Barcelona. I think that It’s a matter of time.”

What if it had come earlier?

“I don’t know. I can only say that I am grateful to Joan Laporta. He is a person who is up to the task and I am delighted with that. He lets us work and we are making a fantastic team. I don’t know what would have happened if he had arrived earlier”.

The position of the interiors

“I put Frenkie to start on the right so that he plays up front on the three-point line and thus take advantage of his qualities. When Frenkie isn’t there, I want Pedri to do it. It’s a tactical issue”.

“We are very excited, even if it is not the Champions League. It is Europe and we want to win and do things well. We are in a good dynamic and we cannot get out of it. We have to go on the attack, create chances and continue with our game model Achieving a great result because if not, it will cost us in Turkey. Continue with this model, which is giving us things”.

the worst is over

“We are in a good moment and it shows in the team.”

“We see them to improve things in the game, in positioning, in the last pass…”

“We have a lot of quality in midfield. I’m not afraid of the competition, I think it’s good for the team. I’m happy with that.”

“You have enormous talent. It seems like what you do is very easy, but it’s not. You can score a bit here. Sure.”

“It’s never a good sign to have four coaches in three years. I’ve felt good with all of them. When you don’t play well it’s not the coach’s fault, it’s your fault.”

Good time to come to Bara

“It always is. It’s one of the biggest in the world. Here you can enjoy the way it’s played. If we reinforce ourselves well in the season, we can fight for everything”.

“I think I can improve and I’m working on it”

Failure if I don’t win it

“I don’t think so. There are very good teams here. The goal is to win it”

Illusion for the Europa League

“I don’t know if it’s my best version. When people criticize me, it doesn’t hurt much. I think people don’t see the games well. If a journalist says something about a player, people don’t watch the games and believe him. When one says that De Jong is not well, people believe it. People do not watch the games much”

“I think we are doing very well lately. We created chances and won games. We want to continue like this and improve this dynamic”

Criticism of your team

“I feel good at the club. I feel comfortable and I want to continue and improve”

“Galatasaray is a good team, but of course we are favourites”

We already have a live signal from De Jong and Xavi’s press conference. Talk to the player first.

The press conferences of Frenkie de Jong and Xavi, live