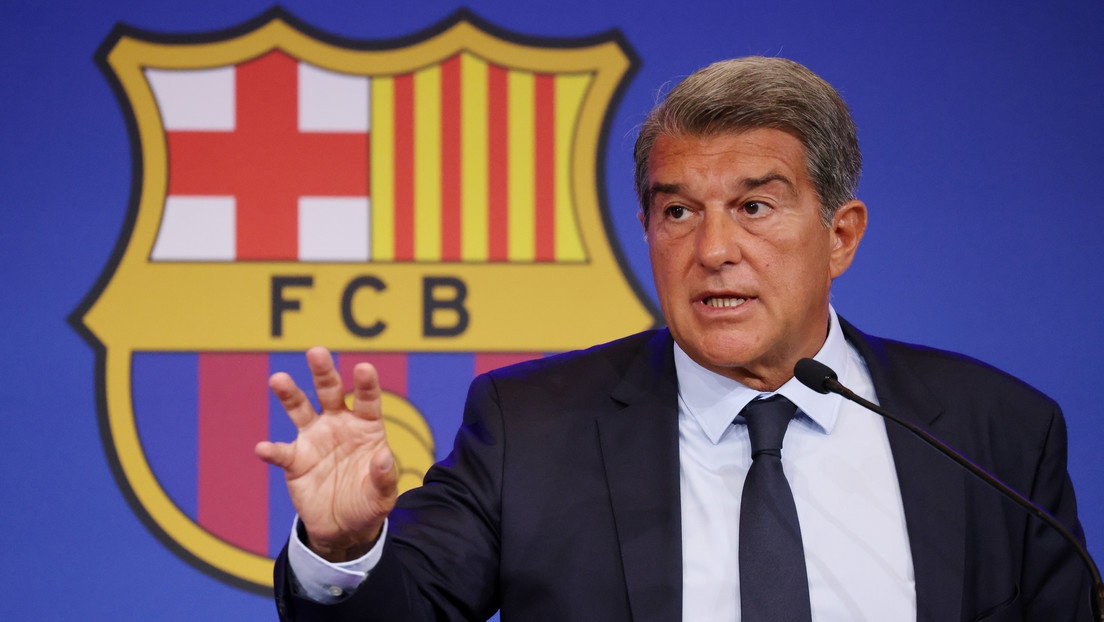 The economic situation of the sports entity “is dramatic”, according to Joan Laporta at a press conference.

The president of FC Barcelona, ​​Joan Laporta, explained this Monday at a press conference that the financial situation of the football club “is dramatic.” “The debt is 1,350 million euros”, has revealed the Blaugrana president.

According to Laporta, the club has “a negative net worth of 451 million euros” and the “working capital is also negative at 551”. The situation is the result “of a ‘modus operandi’ that he skipped all the controls of the entity, “he pointed out.

❝We will work hard to reverse the economic and sports situation. The challenge is great, but together we will achieve it. The captains have told me that they will leave the last drop of blood to make this new era a success❞ – @JoanLaportaFCB – pic.twitter.com/4cnXKH814R

The manager has also exposed other data, such as that the losses for the 2020-2021 financial year amount to 481 million euros, the expenses to 1,136 million and the impact of the coronavirus will be counted at 91 million.

Another of the issues discussed in this conference on the economic situation has been the remuneration of employees and athletes. “The entire sports wage bill rises to 617 million euros, which represents a 103% with respect to total income of the club, “Laporta explained.

On this matter, the president has pronounced on the salary cut that the captain of the team Gerard Piqué has accepted: “We are satisfied with having resolved this issue with Piqué and we hope that other captains act in this line, the negotiations are going well. Shortly, we will reach the agreements we want to reach. “

After the enumeration of the figures, Laporta has been optimistic about the possibility of reversing the economic situation of the club: “We have five proposals to be the main sponsor of the shirt, we have raised 525 million euros with Goldman Sachs with an interest of 1 , 9%, Barça Studios interested, the situation will be reversed. There is no possibility of becoming a Sports Limited Company because this board does not want it. “

Messi’s departure and a good start to the league

The hard economic news coincides in time with the Exit Lionel Messi’s club, who has been the idol of the Blaugrana fans for the last 16 years. Messi traveled to Paris last week to join to the staff from PSG, with whom he has already had his first training session.

For its part, Barcelona opened the 2021-2022 league with a first game in which they won with a resounding 4-2 against Real Sociedad, a score that was opened by Gerard Piqué.