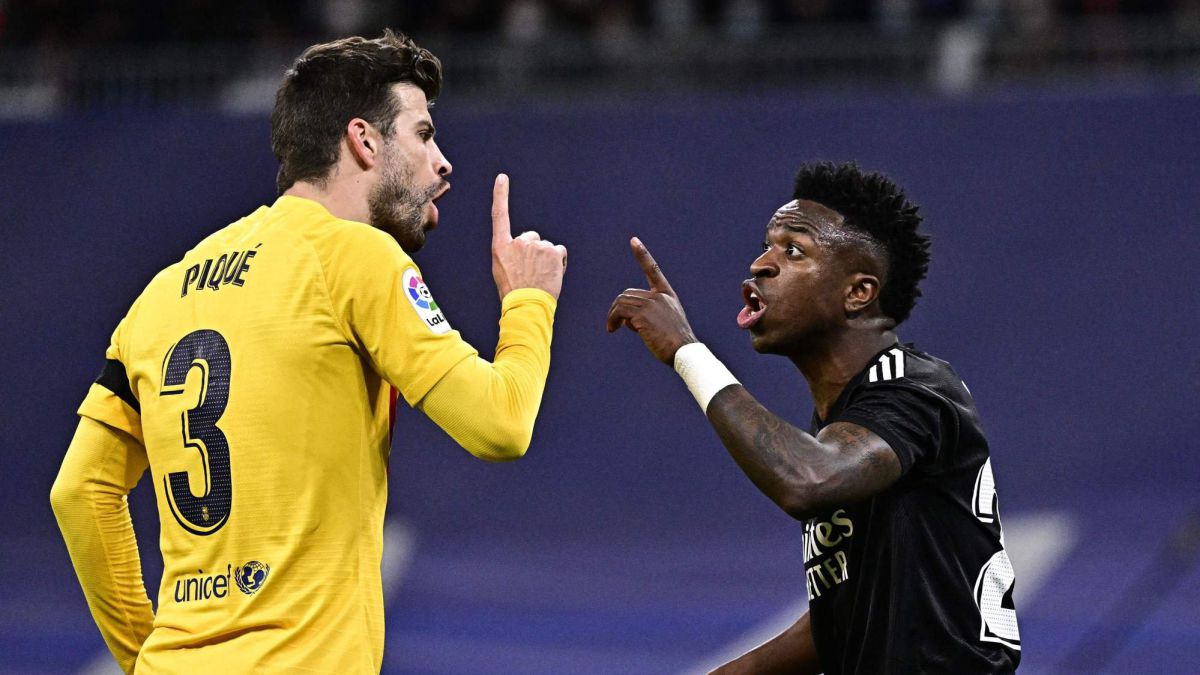 Vinicius’s vein has swollen. His boredom reaches very high levels and has decided to stop being silent. Little remains of that Brazilian recently landed in Madrid with a certain shyness and inevitable vertigo. He is now a heavyweight who does not hide his anger when he considers that he has acted unfairly. That he has accepted that from now on he wants to express his anger without fear, whether with referees or rivals. There are already many chapters; the last one, the brawl with Pique in the Clásico after falling in a one-on-one with Ter Stegen. The center-back put his arm over his shoulder and they spent almost a minute talking to Martínez Munuera’s stupor and the wind melody from the Bernabéu. Both wanted to have the last word. Also Vinicius.


He’s sick of feeling like he has a target on his back. And in Madrid, as AS toldthere is a notable sensation that the referees do not protect the Brazilian as much as they should in the face of the “excessive harshness” with which some rivals attack him. He has already exploded. His patience has gone into reserve. That new versiongrumpy– of the Brazilian was also seen in Mallorca, out of his mind before the entrance that Maffeo made him knee high. Her protests made him face Angel and even see a yellow one. “You have to reflect. They are very hard tickets, very hard. We must get them to stop being produced for the good of football.” Butragueño said in his defense at the end of the game.

But, without a doubt, one of the chapters with the greatest tension was the one that took place on February 3, in San Mamesagainst Athletic in the Cup. What produced his brush with Dani García were not chiribitas, but lightning. After several fouls by the midfielder and seeing how Gil Manzano did not show him the card, they ran for almost 30 meters at the same time saying everything… And finishing with the Lion by soil. The referee asked them for peace on several occasions, all without luck. Own AncelottiSwiss temperance and neutrality personified, came to address him to beg him to lower the revolutions: “Calm down. Don’t talk, don’t talk…”captured the cameras of Goal What did he say in the second part?

Fear of a distraction

Vinicius has, in the League, the same assists as yellow cards (6). “They take him out of games too easily and too many times. Each Sunday. Whether Piqué or another. He cares more about the referee and the players than about playing football; it’s reality. And in the end that is wearing him down. You have to dedicate yourself to playing. Someone should catch him and tell him ‘this is not the way, not like this’, Guti saidlast Tuesday, in The beach bar. Sharp and without hairs on the tongue.

The fear in Real Madrid it is precisely that. That this predisposition to protest is affecting his performance. Deconcentrating him. At the moment, by X or Y, he has only scored two goals in his last 12 games with Real Madrid. Although there are other numbers that support the Brazilian’s tiredness: He is the second player who receives the most fouls in LaLiga (66), only behind Fekir (67). Receive, receive and receive. Well now, she jumps too. It is what the ‘new’ Vinicius has, who is no longer silent.