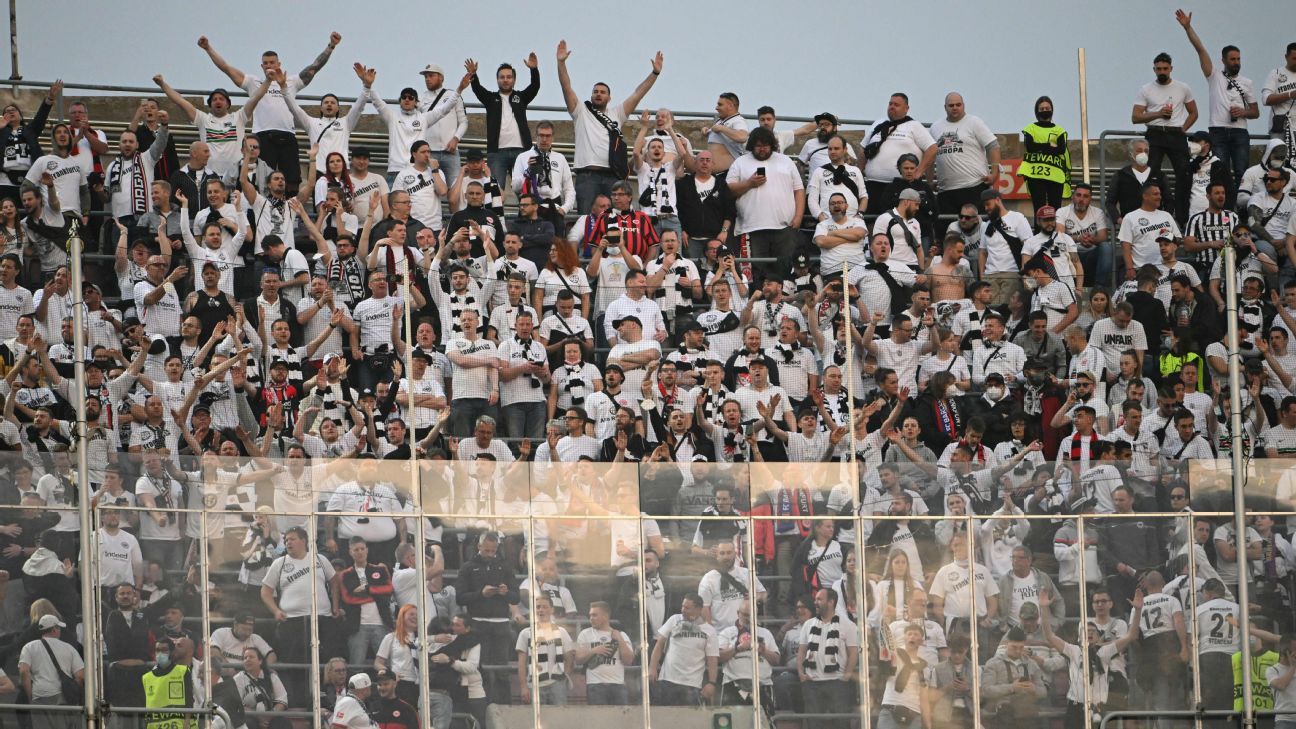 BARCELONA — The never seen in the Camp Nou. Never. If anything, as the closest example in time, in the Copa del Rey final between Barcelona and Athletic Bilbao in 2015, taking into account that on that occasion the Barça stadium was, theoretically, neutral. But playing Barça at home, never seen such a number of visiting fans. It was estimated that around 30,000 Eintracht Frankfut fans gathered in the stands of the Barça stadium.

The Eintracht fans already warned last week of their intention to move to Barcelona en masse… And they kept their promise to the letter. According to a source from the Mossos d’Esquadra (the Catalan police) contacted by ESPN Deportes during the day, the number of German fans in the city was estimated at more than 30,000… And when the opening hours gates of the Camp Nou it was verified to what extent there were numerous, very numerous, Eintracht fans.

Barcelona provided some 5,000 seats to the Frankfurt club, but at the same time nearly 30,000 tickets were put up for sale at the club’s ticket offices, either in person at the Camp Nou itself or through the internet, 26,000 of them corresponding to the subscribers who took advantage of the leave of absence that the entity allowed during last summer.

And despite the call by Joan Laporta’s board for Barça fans to buy tickets, with a discount for members, to support Xavi Hernández’s team, Eintracht fans were very agile and quick when it came to acquiring their tickets. tickets through the internet, either on the club’s website or on the different authorized platforms.

“There have been some public order problems… but fewer than could be feared during the day,” revealed the source consulted, admitting that the Catalan police increased their presence in the streets and had to intervene in some riots, although none of them stood out.

Playing the game in the middle of Holy Week, it was suspected that the Barcelona fans would not mobilize as in the big nights despite the calls that were repeated from the club, including Xavi himself, who the day before was convinced that the fans azulgrana would mostly be next to his team.

At the moment of truth, however, a Camp Nou was discovered taken over by thousands of white shirts of Eintracht fans, from all walks of life, with entire families, some of which explained that they took advantage of the trip to take a few days of vacation in the Catalan coast, with the illusion of going to a historic match for them.