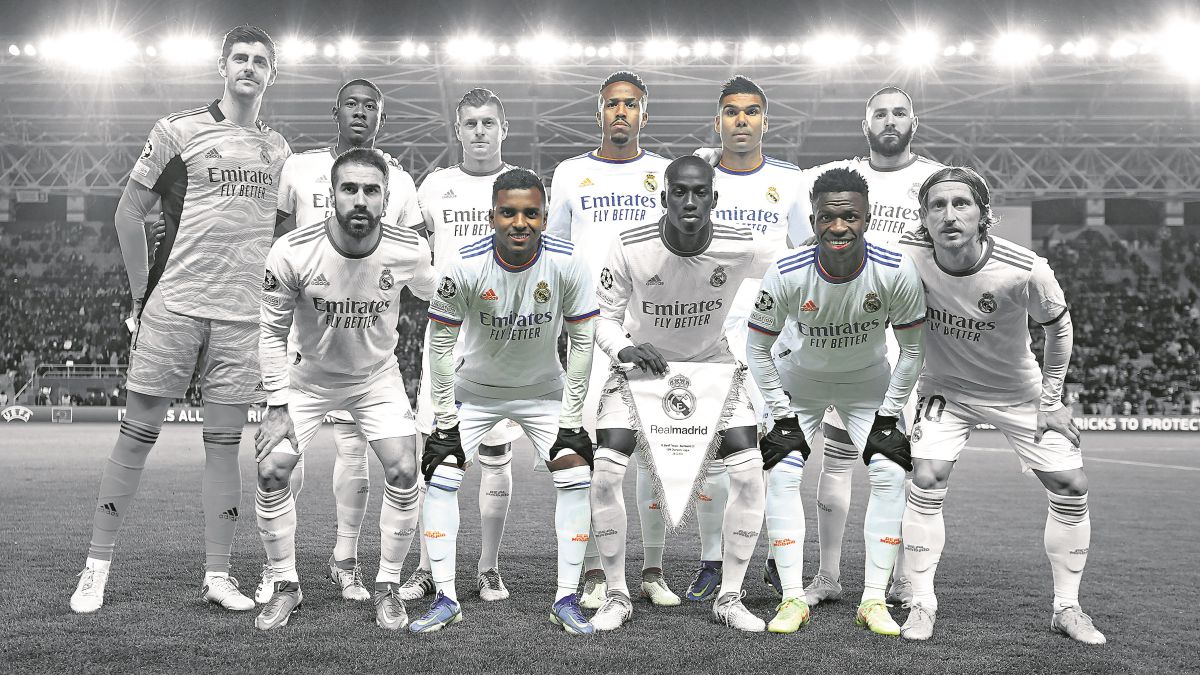 Something changed in Madrid with the arrival of Neymar to European football. The war between the white entity and Barça for his signing, in the summer of 2013, rose so much in the price of the player’s transfer and the commissions that the case ended up in court. It cost Barça dearly. Shortly after, Madrid made a 180-degree turn in its international policy and increased its efforts to attract prematurely, before they exploded in the market, the young Brazilian talents who are called to become the new Neymar.

The man chosen to direct that operation that is so profitable for Madrid was Juni Calafat, a person very close to Ronaldo Nazario, who had previously advised Ramón Martínez in hiring Casemiro. Today, eight years and ten Brazilian player hires later, Calafat, the club’s head of international football, has placed four of his bets on Madrid’s eleven type. They are the own Casemiro plus Militao, Rodrygo and Vinicius, a poker that today is a major holder for Ancelotti.

Between the four they add 68 games this season, 12 goals and 9 assists. The one who has disputed the most has been Vini (18), in which he has scored ten goals. Militao is, however, the one that has used the most percentage of time: 94.2% of the total. Only one game has been lost by rest. Rodrygo is, for the moment, the least common, but he already has 610 minutes and missed two games due to injury.

The successes of Calafat

Real Madrid’s confidence in Juni Calafat has been strengthened in such a way that he is now the strong man of the club not only in Brazil, but in the entire international market. It was he, for example, who was in charge of establishing the first contacts with the Camavinga environment, a couple of years ago, in an operation that has been simmering until it broke last summer. There is no player who promises in international football that Madrid does not have satellite and even contacted. Calafat’s strong man in Brazil is Paulo Henrique Xavier, former member of Manchester United scouting and closely related to the technical staff of the Brazilian Football Confederation itself.

Regarding the Brazilian market, there is an underground war unleashed between the main teams in Europe to find the Neymar of the future, someone who combines performance in the field and outside of it in terms of marketing. So much so that the prices of young talents have been inflated. The last three bets of Madrid, which are signed by Calafat, have not been cheap: Vinicius (45 million with 16 years), Rodrygo (40 million with 17) and Reinier (30 with 17). The first two have a much higher actual market value today. The third, Reinier, has yet to explode and his loan at Dortmund is not paying off.

The path between Casemiro and the success of the hires of Vinicius, Militao and Rodrygo has not been a bed of roses. There have also been unsuccessful bets. Fortunately, none of them have had an excessive cost. In January 2014, Juni Calafat improvised the arrival of two points loaned to the white team, Willian José and Pablo Teixeira (the latter only played 63 minutes). None stayed. They were followed by Abner, an 18-year-old left-hander later affected by a double serious injury (he has returned to Coritiba) and shortly after, Already in 2015, he recommended Lucas Silva. Cost € 14M, immediately stopped counting for Ancelotti (in the first stage of the coach) and these days try to take flight in the Guild.

There are also operations led by Calafat that have not been able to come to fruition. The war is so fierce to take away young talents that Madrid have sometimes been forced to withdraw. It happened in 2016 with Gabriel Jesus. Real Madrid, Barça and Manchester City fought for him. It was finally the English entity that took the cat to the water by paying 33 million euros to Palmeiras. That same summer, Madrid and Barcelona also fought for the one who is now Shakhtar Marlon’s central defender, that he was finally signed by Barcelona for five million, although Madrid tried to ‘steal it’ in extremis without getting it.

There is a new player on the table. His name is Matheus França, he is 17 years old, he plays for Flamengo and his recent performances in the club’s lower teams have not gone unnoticed in Europe.. Nor for the men of Calafat in Brazil. In recent weeks Matheus signed an extension of his contract until 2027 with a clause of 100 million, the highest in the history of Mengao. Brazilian clubs are rubbing their hands over the competition in Europe to take the promising youngsters. For the moment, Madrid’s strategy works … Now three young people, Militao, Vinicius and Rodrygo, accompany Casemiro in the starting lineup of Ancelotti.