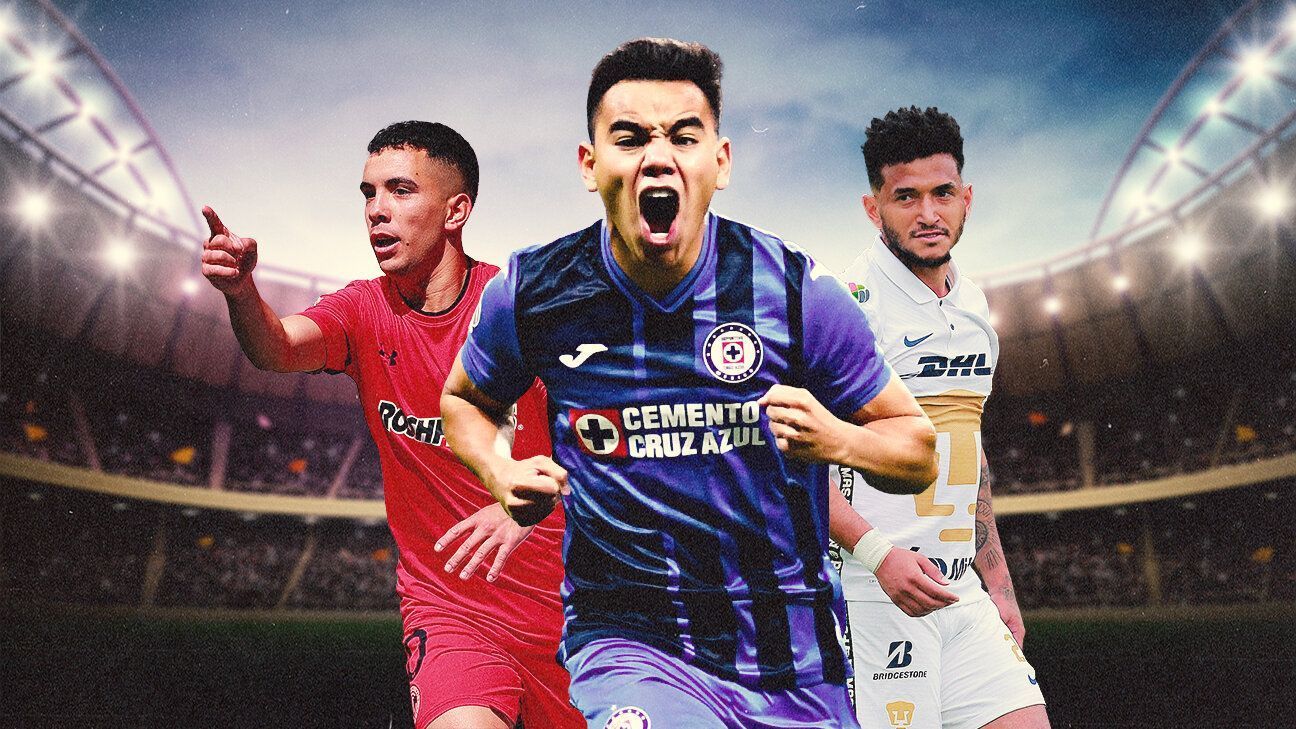 With the pending duel between Mazatlán FC and América due to maintenance on the Kraken field, Day 2 of Clausura 2022 came to an end and presented stories worth remembering and following closely for fans of the MX League, as they involve some figures from Mexican football, as well as the clubs that aspire to fight for prominence in the championship.

With goals from Leonel Lopez, Marco Garcia Y Roger, Pumas overcame an adverse goal from Querétaro and imposed conditions on the field of the Corregidora Stadium, despite the numerical disadvantage with which they charged after Alan Mozo’s expulsion at 65′. This result strengthened the felines as leaders of the competition with six points, thanks to the balance of eight goals in favor in 180 minutes and just one against.

the left side Alan Mozo was sent to the showers by referee Erick Yair Miranda, after an alleged attack on Jorge Hernández. In the first instance, the referee only admonished him, however, the VAR rectified the decision and the fourth red card was presented in the trajectory of the auriazul youth squad, who repeatedly addressed the judge to say “you’re terrible”.

On the other hand, Marco García also joined the list of casualties in the squad managed by coach Andrés Lillini, as the mixed midfielder suffered a fibula fracture minutes after scoring the 1-2 (45′) and is waiting for a possible surgery to correct the damage received after the clash with a Queretaro player.

The Liga MX champion began his journey in the semester with a victory against Atlético de San Luis, even though it did not have Julius Furch, Louis Reyes, Gonzalo Maroni Y Gaddi Aguirre due to Covid-19 infections.

The only annotation of the tournament occurred at 64′ thanks to a diagonal of Jeremy Marquez inside the small area, that the potosino defender connected Ramon Juarez and pushed her into her own goal, before the imminent auction of Julian Quinones. With this result, San Luis, like Necaxa, are the only teams that add two defeats after the same number of duels in the semester.

Prior to the duel against Puebla, Carlos Salcedo published on social networks the message “L’ultimo danza” in allusion to his possible last match with the Tigres shirt, since the defender is in the orbit of the Toronto F.C. in the MLS and he ‘said goodbye’ to the club with an own goal at ’27.

At 61′ attacking midfielder Sebastian Cordova, recent signing of Tigres, retired to the substitutes’ bench amid boos and a whistle from the stands, after few offensive interventions.

For the second consecutive week, the midfielder Carlos Rodriguez collaborated on the scoreboard to give victory to Cruz Azul. On this occasion, the recent sky blue signing scored the only goal during the duel against FC Juárez, held on the field of the Azteca Stadium.

Just at 5 ‘, Rodríguez entered the area, received a filtered ball from the also reinforcement Uriel Antuna and hit the right leg to beat the goalkeeper Hugo Gonzalez.

After the 5-0 thrashing that Pumas dealt him in coach Ignacio Ambriz’s debut as head of the team, the Red Devils dusted themselves off and beat Santos Laguna 3-1, with a comeback included, thanks to goals from Leo Fernandez Y Daniel Alvarez, recent signings of the institution.

‘Fideo’ Álvarez celebrated his first goal as a Toluca footballer at 41′, after taking advantage of a rebound by goalkeeper Carlos Acevedo, before a shot by Alexis Canelo, who placed the partial 1-1 in the electronic.

In the case of Fernández, who returned as a ‘prodigal son’ after a discreet stint with Tigres, he made his debut as a scarlet scorer at 56′, thanks to a joint play that culminated in his shot on the edge of the small area.

León was saved from a penalty during extra time of the complement thanks to VAR, after Rodolfo Cota knocked down inside the area Edgar Lopez and the whistler Óscar Mejía received support from the booth to confirm that the Xolos striker was in an offside position.

Chivas goalkeeper Raul Gudino made a huge mistake at 37′, which turned Pachuca’s partial 2-0 against Flock, after the left side Michael Ponce He returned the ball to go out playing, but the line was affected by the conditions of the grass inside the small area and ended in his own goal because he did not measure a slight rebound.