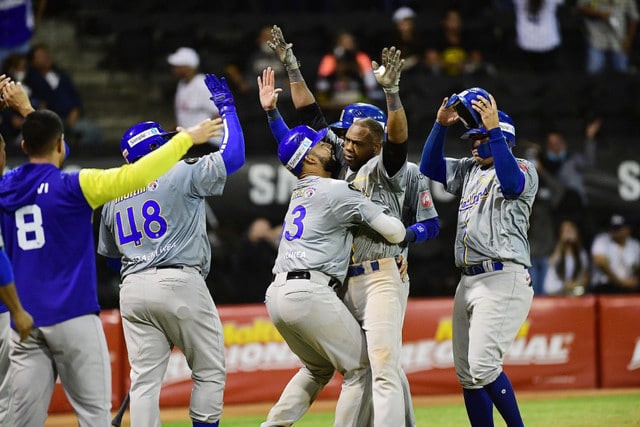 The team of Navigators of Magellan became the second classified to the Great Final of the 2021-2022 season of the Venezuelan League Professional Baseball (LVBP).

After beating the Leones del Caracas 12-2 in Valencia during the last game of the 2021-2022 Round Robin, Navegantes del Magallanes qualified for the Final of the LVBP, where they will face Caribes de Anzoátegui, undoubtedly a prize for the great season that the team led by Wilfredo Romero had, now having the championship as a goal to reach 13 lifetime titles in the winter ball of Venezuela,

Magallanes was the best team in the elimination round, leading the LVBP from start to finish and qualifying for the Round Robin with a record of 32 wins and 17 losses. Later, in part of the postseason they took their foot off the accelerator a little and were in danger, so much so that they got into the final in the last match of the instance against nothing more and nothing less than their archrival, the Leones del Caracas.

After six seasons, Magallanes returns to the Final for the LVBP title, remembering that they had not entered this instance since the 2015-2016 harvest, when they faced the Tigres de Aragua and were defeated in six games.

Despite having the OFAC sanction and not being able to count on players from the MLB system, “La Nave Turca” carried out the entire 2021-2022 season of the LVBP and both its Creole and imported players were important for today say that they are classified to the Final.

Highlighting the work of players such as Nellie Rodríguez, Cade Gotta, Leonardo Regginato, pitchers Erick Leal, Anthony VIzcaya and Bruce Rondón, without leaving aside the experience of Alberto González and Pablo Sandoval.

The final between Caribes de Anzoátegui and Navegantes del Magallanes will begin next Tuesday, January 18, 2022 at the Alfonso “Chico” Carrasquel Stadium in the city of Puerto La Cruz.