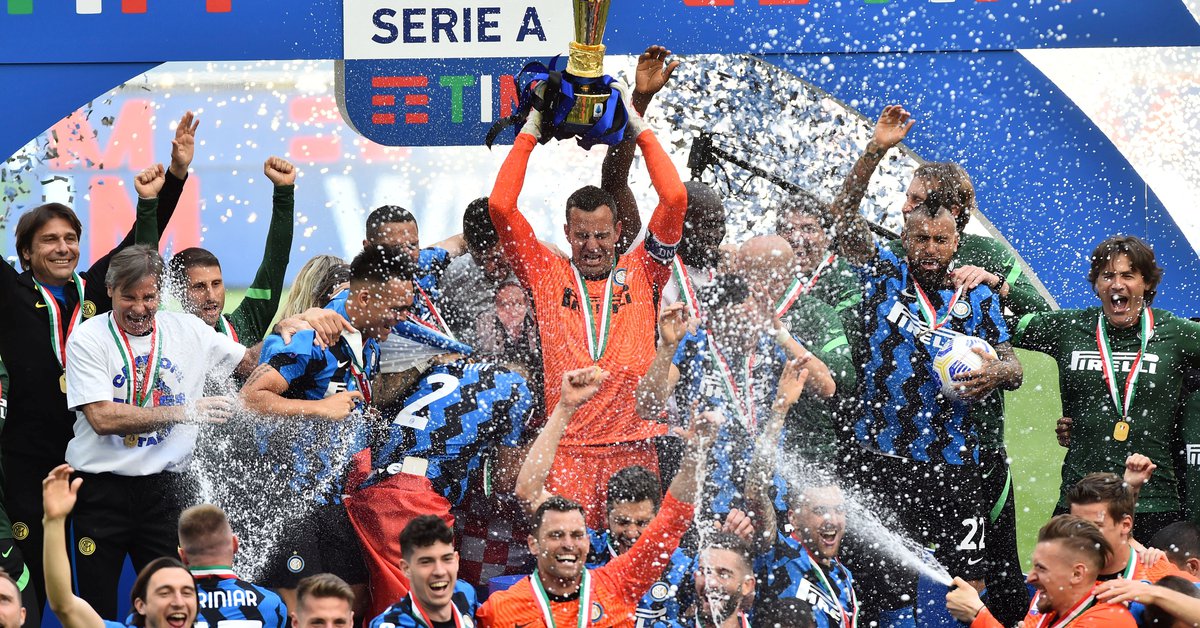 The European transfer market continues to move constantly, mainly with quality departures and additions in the main teams of the continent. While in Spain the goodbye to Sergio Ramos and the arrival of Sergio the Kun Agüero were the most resounding negotiations, important names are also ringing in Italy.

This was reported by the Gazzetta dello Sport after confirming that Inter would be analyzing the idea of ​​parting with important footballers and that they helped the club to reach a new scudetto in Serie A.

According to the newspaper in question, the Chilean midfielder Arturo vidal his days at the institution would be numbered. With a contract until June 2022 and at 34 years old, the former FC Barcelona was a key piece for Antonio Conte, but after his departure (and the arrival of Simone Inzaghi), the leadership would be considering the possibility of releasing the player with the objective of reducing the wage bill.

The Chilean would have the days counted in Inter (Reuters)

The intention of the young Chinese president of the entity, Steven Zhang, is to lower the salary cap by 20%. After leaving Barcelona Vidal ended up in Serie A in exchange for 6.5 million euros by season. Another of those listed would be Alexis Sanchez, although it is to the taste of the new Italian coach.

The former Manchester United, who can join the untouchable forward formed by Romelu Lukaku and Lautaro Martínez It is one of the most expensive on campus, detail that hinders his departure and offers from other interested clubs that could not match his record.

Finally, the Belgian midfielder Radja Nainggolan is another that seems to have the days numbered at the San Siro. According to the Italian press, the 33-year-old would already be looking for a new destination to finalize his departure from the Neroazurro team and, in the case of not doing so, the club will compensate his dismissal.

Despite being one of Inter’s key players, the Italian institution announced its sale for 60 million euros to PSG (Efe)

The priority of the interista leadership is accommodate financial situation, an objective that they already launched with the sale of young Moroccan winger Achraf Hakimi, former Real Madrid and with a great footballing present.

The 22-year-old footballer signed for PSG until June 2026 in exchange for 60 million euros and the Parisians managed to stay with one of the players with the largest market today.

This new economic reality affected by the coronavirus also led to the departure of coach Antonio Conte, who managed to return the title to the club after 11 years.

Barcelona played their first game without Lionel Messi: who was the figure of the team
Luis Figo spoke about the controversial audios of Florentino Pérez in which he assured that he was “the one who screwed up the locker room”