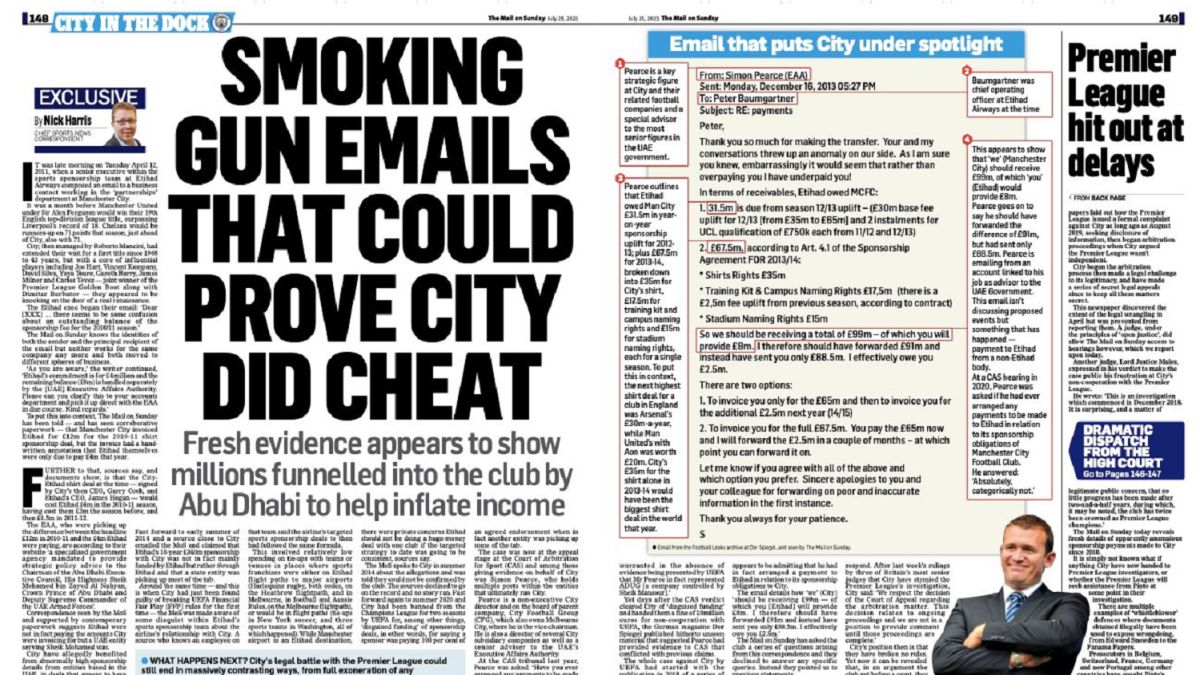 The Daily Mail the Premier has convulsed with the information that it took out in the early hours of Saturday to Sunday. According to the British newspaper, Manchester City once again committed FPF (Financial Fair Play) irregularities to inflate its income from Abu Dhabi. According to the emails provided by the British newspaper, the city’s T-shirt sponsor Etihad reportedly contributed £ 12 million to the 2010-2011 income statement, when in fact it was £ 4 million of pounds sterling. According to the UEFA Financial Fair Play rules, clubs must be transparent about their income and balance it against their expenses. But the accusations point to City tampering with the contracts.

It is not the first time that the finances of the City appear in question. In February 2020, UEFA sanctioned the Manchester team based on the balance sheets submitted to UEFA between 2012 and 2016. He punished him without participating in two editions in the Champions League, but then the TAS revoked the sanction. UEFA reopened a year earlier, in 2019, the City and PSG files —Which resulted in financial fines in 2014— after a second wave of Football leaks posted by Der Spiegel that revealed that both clubs received favorable treatment from UEFA that reduced their penalties. Those documents, which also included emails and contracts, spanning much of the past 10 years, include previously unknown details of a UEFA investigation into the financial affairs of City and Paris St Germain, owned by the Qatari royal family.

In its day, the file against Manchester City in 2014 was resolved by sanctioning the club with a fine of 20 million euros. At the beginning of November, the papers of Football leaks published by Der Spiegel revealed that the penalty was minimal after several secret meetings of UEFA officials with Manchester Cit officialsY. In other concessions, the European confederation would have allowed the City to evade control of the fair play financial income of 2,700 million euros.