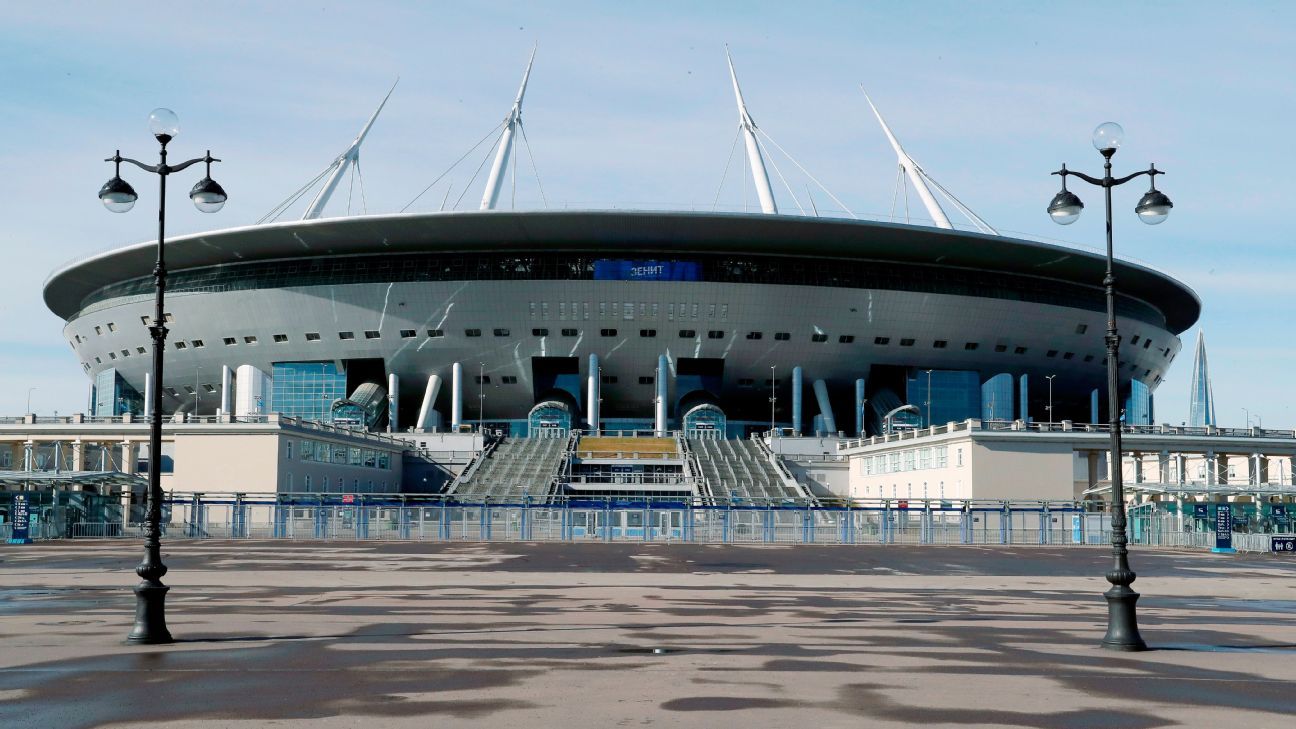 The war in Ukraine leaves St. Petersburg without the Champions League final, which has been moved to Paris by UEFA. The change supposes an impact of some 60-70 million euros in the city of birth of Vladimir Putin, an important economic injection that he will no longer receive for hosting the most important match of the year at club level.

The decision of the UEFA Executive Committee, known this Friday, to move the grand final from the Saint Petersburg Arena to the Saint-Denis stadium in Paris is due to “the serious escalation of the security situation in Europe,” according to the statement. of the highest body in European football, which also decided that the Russian and Ukrainian national teams will play their home games at neutral venues.

A blow to Saint Petersburg that was preparing to host the first final of the post-pandemic ‘Champions’. The last one that was held in a normal situation, that of 2019 in Madrid, left an economic impact on the city of 63 million euros, as confirmed to Efe by Miguel Garrido, president of the Madrid business association CEIM.

In total, hosting the Champions League final between the English Liverpool and Tottenham Hotspur at the Wanda Metropolitano generated some 123 million in the Spanish capital, of which about 63 stayed in it.

“Holding events of this caliber is very beneficial for cities and has an impact on many sectors such as leisure, restaurants, transport and entertainment,” adds Garrido, who also adds that revenues have been improving over the years, since in 2010, when Inter from Milan and Bayern Munich played at the Santiago Bernabéu, some 50 million were raised.

“It’s not just the economic repercussion, but also the publicity of the city itself. The Madrid brand reached 350 million people thanks to the Champions League final”, adds Garrido.

Saint Petersburg, which has already hosted matches of the Confederations Cup, the Russian World Cup in 2018 and Euro 2020, will be left with the honey on its lips to receive the economic boost that Madrid already had, which Lisbon could not receive in 2020, with the games played behind closed doors, and that Porto sighted, with a final mid-inning with the pandemic still hitting hard.

It was to be the big club event at the St. Petersburg Arena, a very expensive stadium that took more than a decade to build. More than ten years have passed since the first stone was laid in 2007 until it was inaugurated.

About 800 million dollars (720 million euros) were invested to finish it and its construction was carried out with doubts and uncertainty about where both the funds and the labor in charge of raising the Zénit temple came from.

A pharaonic project that led to one of the most modern stadiums in the country, with a capacity for 70,000 spectators, a retractable roof and located on an island bathed by the Neva River.

Its commercial name, Gazprom Arena, stems from the sponsorship that unites Gazprom, the gas company, with Zenit Saint Petersburg, the team that plays its matches in this stadium.

Russia’s biggest company not only pumps money into Zenit, but also sponsors the Champions League, with a deal that, according to the Financial Times, gives some 40 million pounds (46 million euros) to the competition each season.

With the breakup of Schalke 04, which will remove Gazprom’s advertising from its shirts, giving up nine million a year, the Russian company sees how the domino of companies that distances itself from them begins to fall, and has already subtracted the final of the Champions.

UEFA broadcast the announcements that include Gazprom in all four round of 16 matches, raising the sound of wind in some stadiums. Publicity for “Road to St. Petersburg” was also not lacking at Stamford Bridge or the Wanda Metropolitano, despite the fact that the football institution already knew that it was going to be almost impossible to continue with the plans to celebrate the match for the ‘orejona’ in the old Leningrad.

If Istanbul already had to pass the baton in 2020 and 2021 due to the pandemic, to Lisbon and Porto respectively, now it has been Saint Petersburg that has lost the grand final, which has fallen to Paris. Although in this case the reason is very different: war.

Saint Petersburg loses more than 60 million without the ‘Champions’