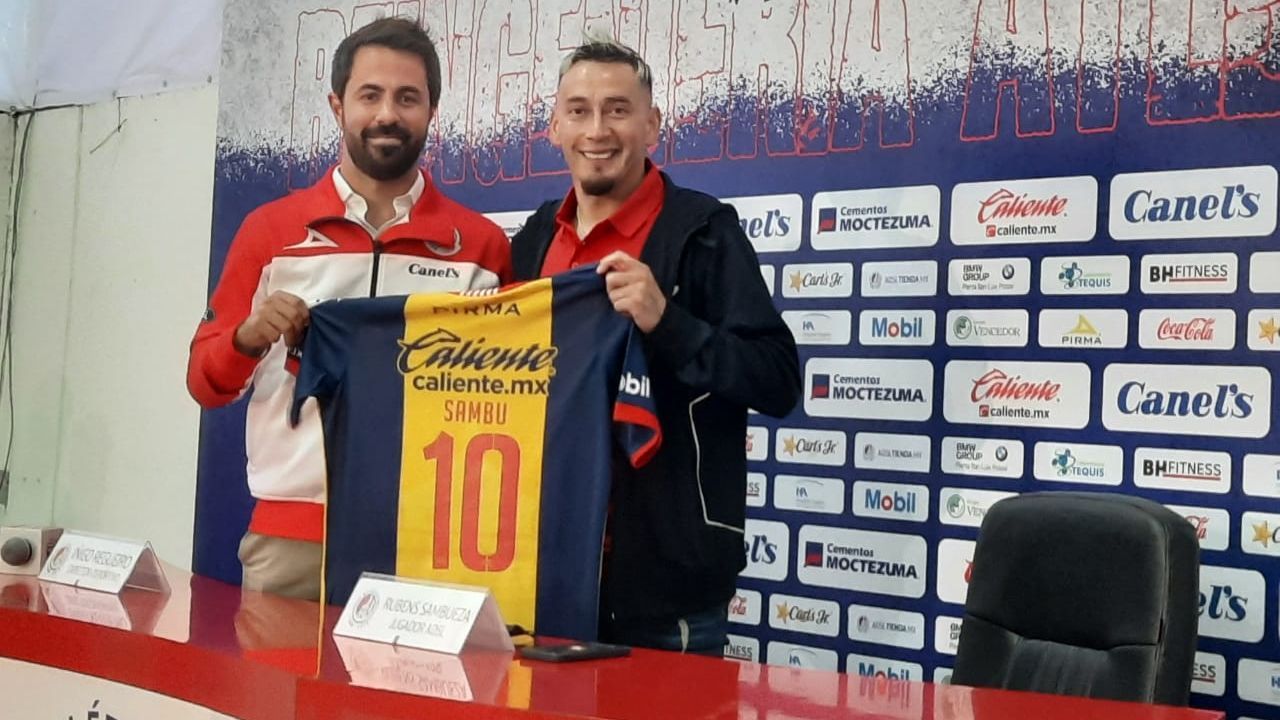 Sambueza thanked the board for the vote of confidence, which sees it as the missing piece in the team for the Clausura 2022

Rubens Sambueza was officially presented as a reinforcement of the Athletic of San Luis for Closing 2022. The Argentine arrives from Toluca, a team in which he played for the last year.

Although Sambueza has gone through six teams in Mexican soccer, during his presentation with the Potosinos, he declared that she had never had to wear a number as beautiful as 10, jacket that he will wear for the first time with the Potosí team.

“Beautiful number, I had never had to wear it in Mexican soccer. Thank you very much. First of all, thank you for keeping me in mind. I think the love of the fans is going to be important. I’m going to give myself and give my best. Thank you for your love. back. They are going to see a Sambueza delivered, but today we have to defend this shirt. “

Although it comes as a luxury reinforcement for Atlético de San Luis, a team that continues to suffer with the percentage issue, Sambueza knows that Marcelo Méndez is not obliged to put him in the starting eleven if he is not able to show day after day in training that he deserves a place on the weekends.

“I think that regardless of experience, football and the desire to continue transcending have shown a lot of courage, it is a healthy group that gives the best and what I can contribute is a little experience. Marcelo said that you have to earn it (a position holder) day by day and that seems perfect to me. That’s what they brought me for “.

For his part, Iñigo Regueiro, new Athletic Director of Atlético de San Luis commented that the profile of Rubens Sambueza was something that the team needed among its ranks.

“It represents that player that was needed, that experience and that he can spread that to the guys from the 20 and the current squad”

Rubens Sambueza: “I have never had a number as beautiful as 10”