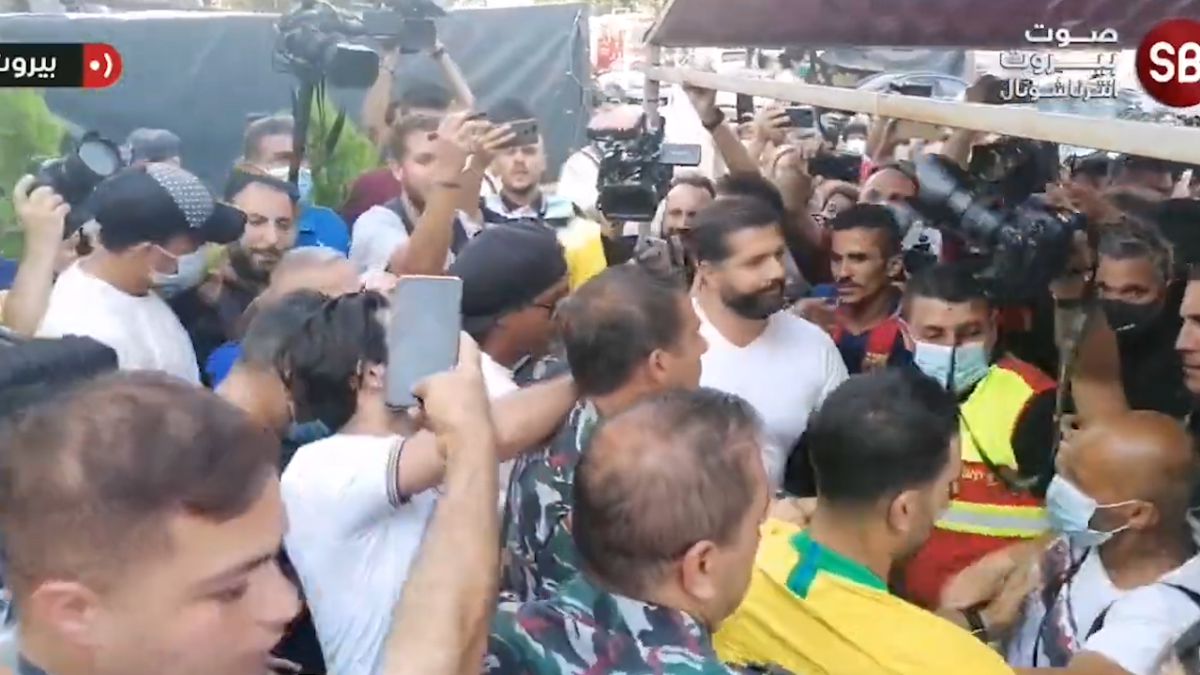 The ex-Brazilian footballer Ronaldinho Gaúcho had to leave a memorial in honor of the firefighters killed in the explosion a year ago in Beirut on the run on Thursday, after a fight broke out between a dozen journalists and firefighters.

The former sports star, who is in the Lebanese capital to commemorate the more than 200 dead and 6,500 injured caused by the deflagration of August 4, 2020, arrived in a vehicle at the headquarters of the Beirut Fire Brigade to take part in a ceremony a few days after the first anniversary of the tragedy.

But nevertheless, As soon as they saw him, many of the journalists and followers who were waiting for him at the place started running towards Ronaldinho’s car., causing the intervention of the firefighters attending the event, who tried to contain the group, according to Efe.

The situation quickly degenerated into a fight between reporters and members of the fire services, who began to beat each other.

The brawl forced the ex-footballer to cancel the speech he had planned and to leave in a hurry after placing some flowers next to the Statue of the Martyrs, located inside the headquarters of the firefighters in memory of their ten deceased companions while they tried to extinguish the fire that caused the explosion.

Around fifty people had attended the event, including journalists, firefighters and fans, many of them children dressed in shirts of the Brazilian team and Barça, a team in which Ronaldinho played until 2008.

The city governor, Marwan Abboud, has ordered an “immediate” investigation into what happened, the Beirut Municipality said in a statement.

“During the visit of the Brazilian star Ronaldinho to the Beirut Fire Brigade in the Karantina area to lay an offering at the monument to the martyrs of the corps, there were disputes and a stampede between some journalists covering the event and some officers and members of the brigade, “reads the note.