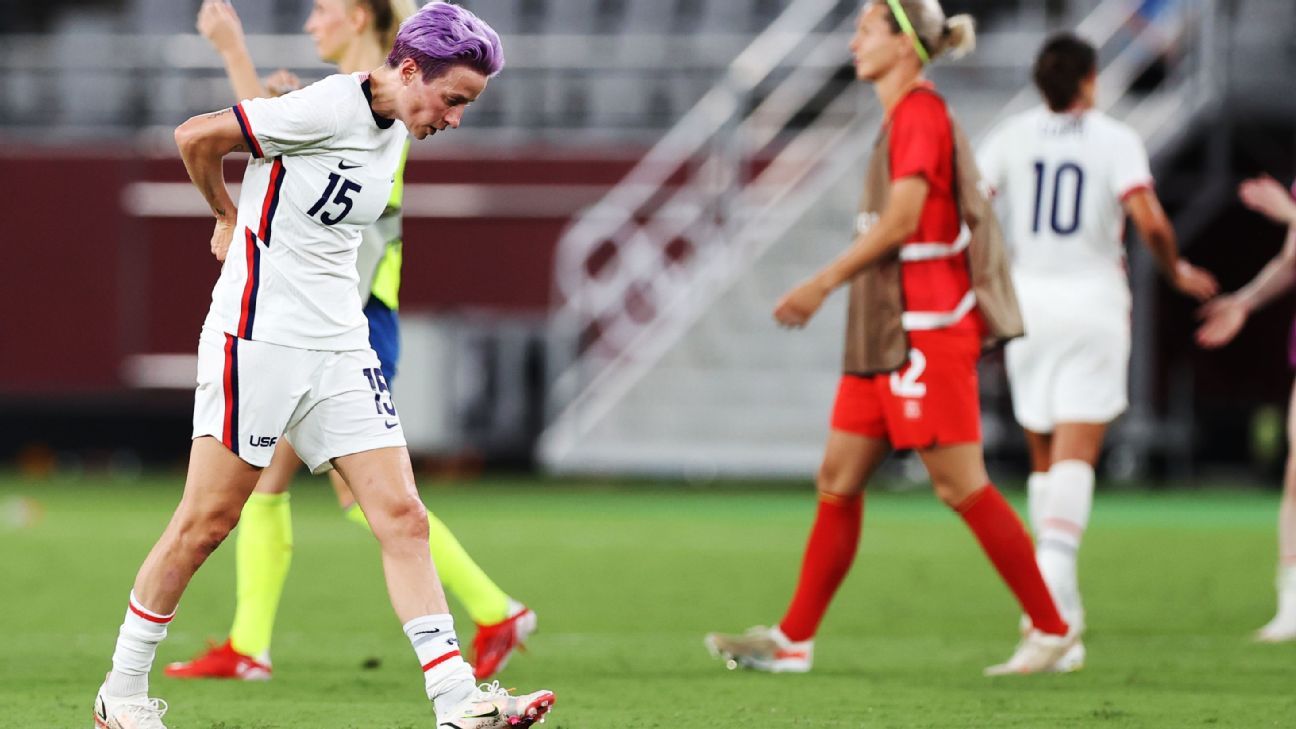 Front Megan rapinoe said the United States women’s team must react quickly after a surprising 3-0 loss to Sweden in their opener of the Olympics on Wednesday.

The United States women’s team ended its 44-game record undefeated and, as a tournament favorite, the world’s number one team was shattered by two goals from Stina Blackstenius and one from Lina Hurtig.

With four gold medals, the United States has more than any other nation and is competing to become the first team to win Olympic gold after a World Cup title.

However, to do that, the team must advance quickly after the loss to Peter Gerhardsson’s side. Speaking after the game, Rapinoe said: “They kicked our butts, didn’t they? … I thought we were a little tense, a little nervous, doing silly things.

“There is no time to think about whether Sweden is living in our heads or not. We have another match in three days.”

Rapinoe, who came in in the 64th minute with the score 2-0, added: “We were expecting this result tonight? No.

“It’s frustrating, and it’s frustrating that it’s Sweden. They found a lot of space. I don’t even know how many goals we’ve given up this year. I can’t remember the last time we gave up a goal. So conceding three isn’t great.”

Sweden, which is ranked No. 5 in the rankings, has been something of a nemesis for Team USA in recent years. The Swedes defeated the Americans at the 2016 Rio de Janeiro Games in the quarterfinals, America’s earliest Olympic elimination, by taking a defensive stance.

In April, Sweden faced the United States for a 1-1 draw in Stockholm, snapping a winning streak dating back to January 2019 when the Americans lost to France in the run-up to the World Cup. It was the only draw for the US team this year.

United States coach Vlatko Andonovski said: “It is obvious that we got into a big hole, but we are the only ones who can get out of it.

“It will not be easy. We have to get positive results in the next two games, but the fact that there is still a possibility [significa] I know this team won’t give up. “

Sweden leads Group G heading into Saturday’s game against Australia in Saitama, while the United States faces New Zealand. The top two teams in the group advance to the knockout round.

“We have very brave players and very good leaders,” Gerhardsson said. “Courageous attitude to win the ball and make such a good transition. Yes, I am satisfied.”

“I think ultimately, as an athlete, you go through ups and downs, and this is a difficult result, but it is the nature of a difficult tournament,” US forward Christen Press said. “It wasn’t going to be easy. We weren’t going to get through six games no matter what. So here we are.”