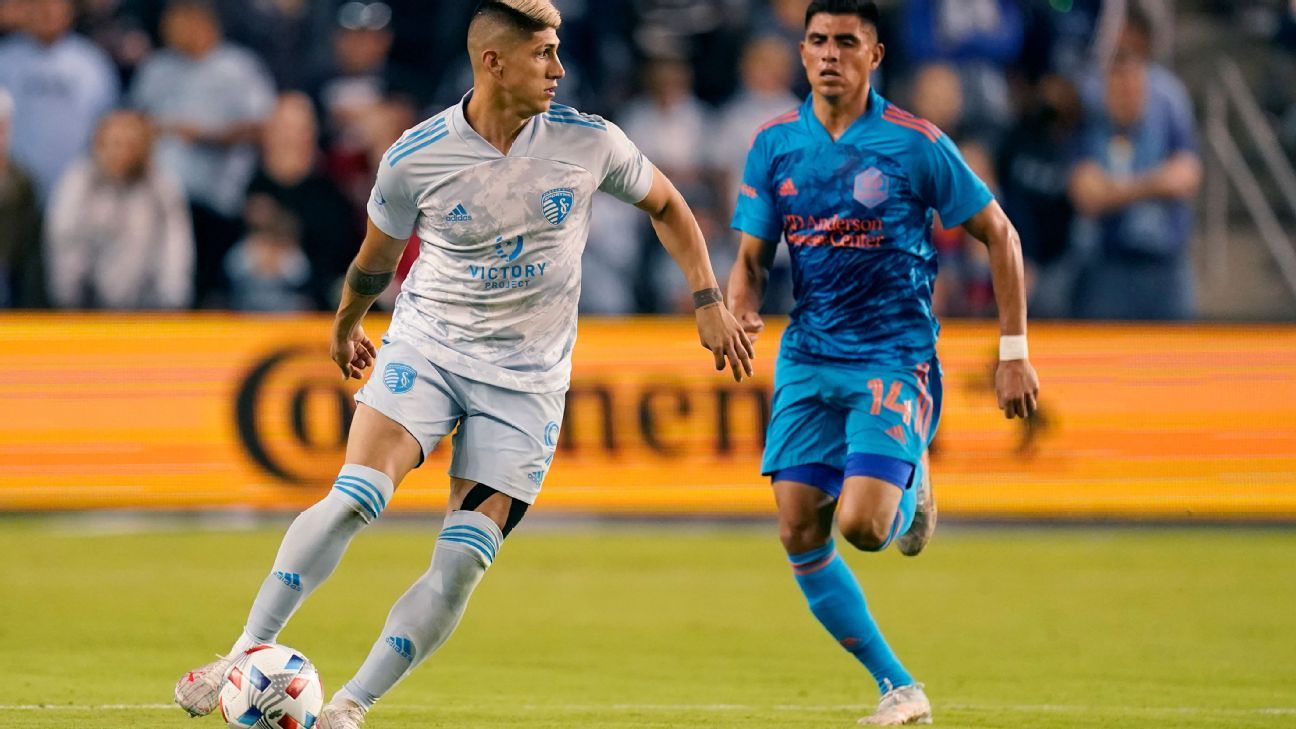 The Mexican forward Alan Pulido he scored his sixth goal of the season in Sporting Kansas City’s 2-1 win over LAFC on Saturday, but left the game in the second half after suffering an injury. 15 minutes after scoring the goal, he had to leave the pitch due to a foot injury after a stomp from the defender Eddie safe. Sources consulted said that the Mexican forward requires stitches after a cut caused by the opponent’s studs.

“Pulido has a laceration, it may require stitches,” said the Sporting Kansas City coach. Peter vermes, After the match.

For their part, in the LAFC locker room, disappointment at the loss was evident after they started the game winning.

“In the dressing room we are quite disappointed. We are a team with high expectations for ourselves, so we are never happy when we lose, “he said. Corey baird at the end of the game.

In a difficult week of three games in eight days, LAFC finished with a balance of four points after a draw against Houston Dynamo, a victory over FC Dallas and defeat with Kansas.

LAFC is still unable to win on the road so far this tournament. In the four road games so far, they have lost three and drawn one; including a setback against his city rival, LA Galaxy.

“We have to learn, I think we also learned today, we knew how to defend to a certain extent in a place complicated by the schedule, the heat it was, we have to learn from those details, in confidence, in personality so that in those moments of the game we assume that They are costing us the points, but happy for the performance of the team, for how they delivered ”, he said Eduard Atuesta after the defeat.

Bob bradley he returned to send an alternate line-up to the field of play, due to the rotation of the squad due to the strong physical load of a week with three games. The young archer Thomas Romero, repeated as the starting goalkeeper for the second consecutive game, while Danny Musovski accompanied Diego rossi start forward.

Last game against Dallas, Bradley tested with a line of five at the back in the second half. The tactical adjustment paid off, so, against Kansas, he repeated the starting formation. The approach was working for Bradley, the Angelenos went ahead with a goal from Kim Moon-Hwan at 24 ‘and they were even able to increase the lead with a clear from Corey Baird before the break, however, early in the second half, the picture changed with Blackmon’s expulsion.

“A lot of players gave their all and made a great effort, but we made childhood mistakes and inattentions that cannot happen,” said coach Bob Bradley. “There are positive things, but it is frustrating that the things we do well cannot be backed up with the three points.”

LAFC will seek to correct errors and turn the page after this defeat, as it is followed by two consecutive away games against Real salt lake Y Austin.