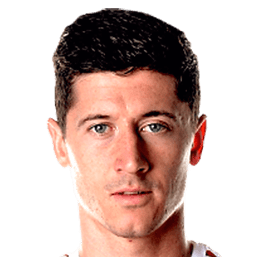 One of the summer classics is back. Like the photographs of the thermometers in the squares of Andalusia marking more than 40 degrees, the recommendations to go for the shade and hydrate or the airport collapses, Paris Saint-Germain also returns to the summer of Barcelona. For a long time there hasn’t been a summer in which the Parisian team does not appear as the bogeyman in the middle of the night at the Camp Nou to take a star or to frustrate the future plans of the Blaugrana team. This summer it is Lewandoski’s case, a player agreed with Barcelona and who is now tempted by PSG.

On this occasion, the Qatari capital team has also had the invaluable collaboration of Javier Tebas, president of LaLiga and that in principle he is an employee of Barcelona among the other clubs and that he should defend the interests of his business, that he was the one who put the French team on the track of the Polish striker by stating that Barcelona could not sign Lewandoski.

Tebas’s words alarmed the player himself and his agent, who transferred him his concern to Laporta, who by the way exploded with indignation, but at the same time caused Lewandoski and his agent, absolutely determined to leave Bayern, to stop looking only at Barça and let themselves be loved by other teams.

And that’s where Paris Saint-Germain came in, starting a new era with Luis Campos as sports director. As published on Saturday by ‘L’Équipe’, PSG’s new top executive in the sports area sees in the Pole a player who could wonderfully complement the Messi-Mbappé-Neymar trio, in addition to avoiding ‘Mbappé-dependency’, since that the French monopolized all the attacks of the Pochettino team.

Bayern, which is the third actor in this plot, also does not accept Barcelona’s offer of 32 million for the striker as insufficient and PSG would be in a position to exceed this amount.

Despite having had losses ranging between €200 million and €300 million, PSG has sufficient liquidity to face the operation, as highlighted by L’Equipe. The relaxation of the Financial Fair-Play means that the current Ligue 1 champion has room, for now, to sign players like Lewandowski.

Last summer when Messi’s continuity seemed certain, on August 5 everything was broken and the Argentine went to Paris where he was presented a week later. There Messi accompanies Neymar, who in 2017 left Barça on the team’s flat tour of the United States after a vice president assured that the Brazilian stayed at “200 percent” and that Piqué affirmed in his networks the famous “he stays”.

Previously, Barça had come face to face with PSG trying to hire Verratti, Marquinhos or Thiago Silva without success. Now, when it seemed that the Blaugrana team had convinced Lewandoski to start the last stage of his career at the Camp Nou, PSG appears with the help of Tebas, to once again be the summer nightmare of the Blaugrana team.